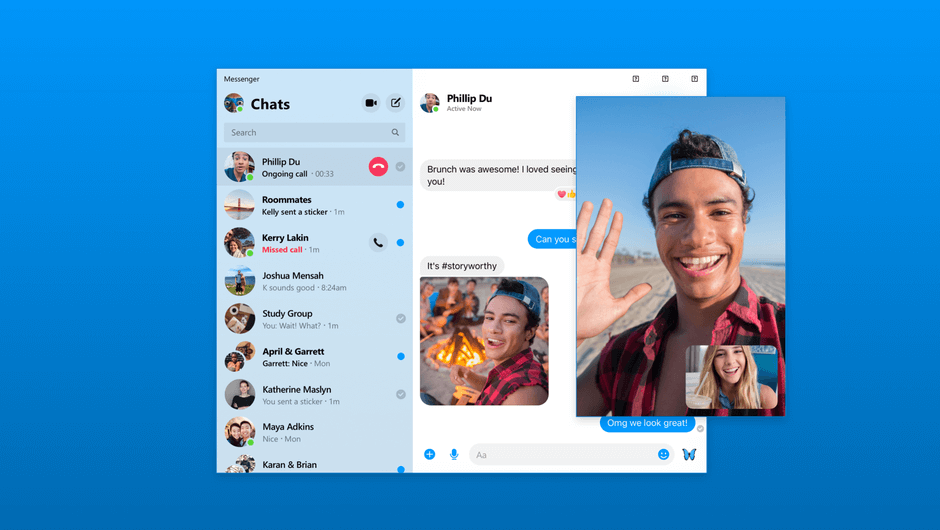 With Facebook's F8 2019 conference underway, a lot of changes are expected to arrive in the coming months for the world's largest social media company. Their standalone Messenger app is certainly not immune to this transition, as Facebook has announced a number of added features to the platform.

Considering Mark Zuckerberg's frequent promises to fix Facebook, significant changes have been expected for quite some time. Privacy concerns and data misuse have become huge problems for the social media platform, spurring notable backlash from users and critics alike.

Fortunately, it looks like they're actually taking the criticism to heart, as the F8 2019 conference has proven to be the host to a wide range of changes that could actually fix Facebook, or at least take steps in the right direction.

Facebook has announced a number of big changes to the Messenger platform. Take a look at some of the new features below and see how it will affect your usage in the future.

Perhaps the most significant change to the Messenger app will be its size. Facebook announced that an update would make Messenger only 30MB in size, cutting it down from the 100MB it is now. The company claims this will decrease launch speeds to as fast as two seconds, and will notably take up less space on your phone.

Unlike the Messenger Lite app, also run by Facebook and coming in at only 25MB, the app will offer full Messenger functionality without all the bulky data. The new version will “take some time” to roll out, but keep an eye out for a faster and lighter Messenger in the coming months.

Following in the footsteps of iMessage and WhatsApp (owned by Facebook), the social media giant has announced that they will launch a desktop app for Messenger that will allow you more comprehensive functionality for messaging friends from a laptop or desktop computer.

Rolling out in late 2019, the desktop app will be available for iOS and Windows operating systems and should offer identical functionality as the mobile app, unlike WhatsApp, which offers a bare bones version. 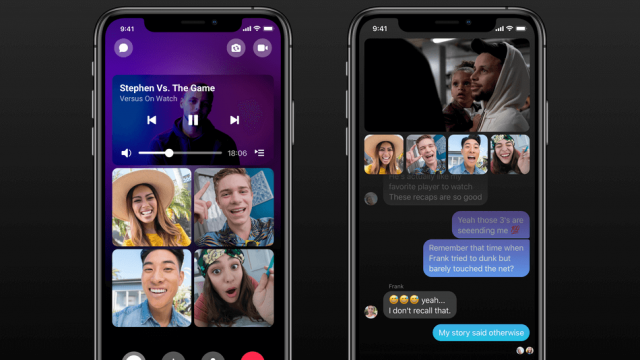 As a popular function of their flagship platform, co-watching videos will soon be made available on Messenger as well. You'll be able to watch videos with friends within the app, and be able to communicate about what's happening in real-time.

Facebook and businesses have had a tumultuous relationship, with algorithms taking away much-needed views from users on a pretty consistent basis. But now, Facebook has announced a number of business-facing apps that could turn things around.

For one, they're now offering an appointment booking tool that can integrate with existing calendar software for simple scheduling. You can even reschedule and cancel bookings directly on the Messenger app. Additionally, Facebook announced lead generation tools that, through automated questions and answers, will help businesses find interested customers in an instant.

How Can Messenger Compete

Considering Facebook already owns WhatsApp, it might seem like an odd move to put so many resources into building out Messenger into a powerhouse messaging app. After all, WhatsApp remains the most popular messaging app in the world, with 1.5 billion users around the globe. So is Facebook eating its own tail in terms of building out a major competitor to its already successful platform?

Simply put, no, because WhatsApp has failed to take off in the US, with Messenger dwarfing its internationally popular counterpart with 104.9 million US users, compared to WhatsApp's 22.25 million US users. Increasing the functionality of Messenger is Facebook's best bet as far as keeping US users engaged is concerned, and that could be even more important given Facebook's future plans.

Earlier this year, Mark Zuckerberg announced plans to integrate all of the messaging platforms under the Facebook umbrella into a single integrated service by late 2019 or early 2020. That means that Messenger, Instagram, and WhatsApp would all operate on the same system, giving users unprecedented access to all their messages in a single place. At least, that's the plan.

However, critics have pointed out that these platforms were not designed together, nor were they built to function side-by-side. Considering WhatsApp's status as a highly-encrypted, notably secure platform, combining it with Messenger and Instagram could have drastically negative effects on privacy. Furthermore, with data being shared between each service and outages becoming a regular occurrence, many are wondering if Facebook is prepared to handle the issues it already has, let alone new issues that could arise from combining all these platforms.

Still, we have to admit this was decidedly inevitable. It's not like Facebook was just going to acquire their competition, make them incredibly successful, and then just completely leave them alone. Now, our only hope is that Facebook doesn't mess up all of our apps in one fell swoop. Fingers crossed!