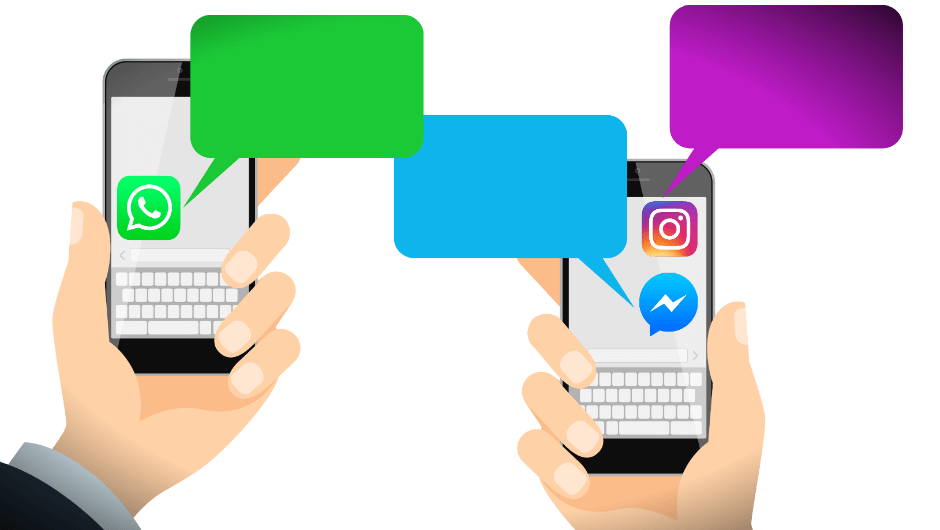 Facebook CEO Mark Zuckerberg has announced plans to combine the functionality across the company's three massively popular messaging apps – Facebook Messenger, WhatsApp, and Instagram. It's a huge new direction for the world's biggest social platform, and one that will affect billions of users worldwide.

With this new focus on “interoperability,” users will be able to send messages from one messaging app to one of their contacts on another messaging app, or through SMS.

How will it work? When is it coming? And above all, is this good or bad for users, for privacy, and for competition? Here's what you need to know about Facebook's biggest new development in years.

Zuckerberg stated in his March 6, 2019 announcement that the purpose is to increase privacy and security. The integration will use end-to-end encryption, which will ensure no one can read the messages (including Facebook), other than the sender and the recipient.

However, there are a few more financially rewarding reasons that might actually be driving the big app integration. Allegedly, Zuckerberg has been pushing this other agenda, which might be the reason behind the founders of Instagram and WhatsApp leaving the company.

First, it makes Facebook's apps more integral to users' daily lives, giving Facebook a near monopoly in messaging, as well as social networking.

Second, it gives Facebook a more complete and valuable data profile for each user, since each user's data is consolidated in one location.

Finally, some have argued that this might be an effective antitrust deterrent, as combining services through interoperability will make it more difficult for regulators to demand they separate.

Will Messenger, WhatsApp and Instagram Combine into One App?

On the surface, no – Facebook hasn't stated any plans to create a new mega-messaging app. It doesn't want to increase the friction that comes with convincing 2.6 billion individuals to download anything. On the surface, the apps will all still appear as stand-alone services. However, their “underlying technical infrastructure will be unified,” the New York Times has reported.

Functionally, each app will become its own version of the same mega-messaging app under the surface. For example, an Instagram user will be able to find and chat with their WhatsApp-using friend through the Instagram interface.

When Will the Messaging Services be Integrated?

It's early days still for the massive integration, but it's currently planned for late 2019 or early 2020. There's no doubt a huge degree of technical work behind the scenes to make this possible, plus a large amount of scrutiny from users and privacy watchdogs along the way.

Facebook's end-to-end encryption means hackers won't be able to access any data or messages. However, that doesn't mean there's no cause for concern.

While Facebook won't be able to read the content of your messages, it will gain a more powerful insight into who you're messaging. By combining the three services into one messaging infrastructure, Facebook will be able to build a vast picture of who is connected to who, across three massive platforms.

The integration could also make life easier for phishers and other social engineers, who might be able to gain access to messages across all Facebook apps just by tricking users out of their passwords or personal information.

Reducing “content permanence” was another topic Zuckerberg mentioned in his Facebook post. But, he framed it more as a potential direction and not a definite one, saying:

“I believe there's an opportunity to set a new standard for private communication platforms — where content automatically expires or is archived over time. Stories already expire after 24 hours unless you archive them, and that gives people the comfort to share more naturally. This philosophy could be extended to all private content.”

Zuckerberg went on to float the idea of auto-deleting messages after a month or a year, but didn't make any concrete commitments.

If this does become an option, it'll open up another debate. How should a messaging app balance giving users a “right to be forgotten”, while retaining a record of who said what? It's a thorny ethical question with no easy answers.

And Payments Are Somehow Involved, Too?

In December, Bloomberg reported that Facebook is developing a blockchain technology for a digital currency that would allow financial transactions to be made through WhatsApp. If it eventually does roll out to WhatsApp, we should expect the same functionality on Facebook Messenger and Instagram as well.

The U.S. in particular hasn't yet made the leap to cardless mobile payments, and Facebook could be the one to capture the market.

This is far from confirmed, but, as weird as it sounds, we might all be a matter of years away from replacing our credit cards with Facebook apps.

Germany’s anti-monopoly regulator has already spoken out against the move, ruling that Facebook must gain users' explicit consent before attempting an integration.

However, that just means Facebook needs to get its users to click “yes” on a terms and conditions contract that 99.999% of them won't read anyway. So, this seems like more of a speed bump than a roadblock.

Can Users Opt Out?

Yes, users can decide not to opt-in. In his Facebook post announcement, Zuckerberg stated that “this would be opt-in, and you will be able to keep your accounts separate if you'd like.”

It's unclear what this would look like in practice, however. If nothing else, social pressure might be the most powerful force compelling users to accept Facebook's new normal. You may not want to combine data across Facebook's suite of apps – but if all of your friends are trying to message you this way, how long will you want to be left out?

The integration will further consolidate Facebook's access to user data, making the data more useful to Facebook and the advertisers it works with. It's too early to say anything more specific. But, given the tech giant's PR problems across the past few years, allowing Facebook even more powerful data access could raise stronger privacy and security concerns.