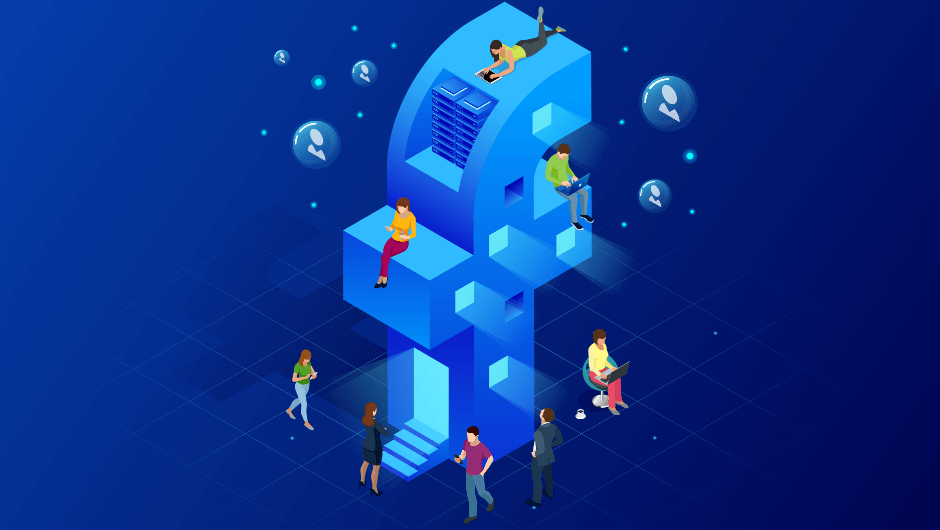 In a major blow to Facebook's ambitions to more closely interknit Facebook, WhatsApp and Instagram, a German regulator has ruled that the social media giant must seek users' explicit consent before combining their data across the various apps.

The Bundeskartellamt, Germany's anti-monopoly regulator, has ruled that Facebook has 12 months in which to comply with its new policies. This is a major setback for Facebook's ambitions to more closely align WhatsApp, Instagram and Facebook itself.

We explain what the new ruling means for Facebook, and for its users.

At present, Facebook has significant – and growing – abilities to combine user data gathered from the various platforms it owns. If you run a Facebook account, then you'd likely expect a large amount of your user data to be amassed by the social media giant. But it also owns photo-sharing behemoth Instagram, plus WhatsApp, one of the most popular instant messaging services worldwide.

How much of this data collection is “opt in”? Far too little, in the view of the German regulator. The Bundeskartellamt has demanded change in the way that Facebook gathers explicit user consent before such data harvesting and combination. And that has far-reaching consequences – at the very least, the ruling would extend across the European Union.

“In future, Facebook will no longer be allowed to force its users to agree to the practically unrestricted collection and assigning of non-Facebook data to their Facebook user accounts,” says the Bundeskartellamt ruling.

User Consent and the Right to Opt In

The danger, of course, is that Facebook – like so many online services – may simply serve up pages of dense legalese to its users, who are highly likely to consent without reading it at all. And that's where the issues of “explicit consent” and “the right to opt in” come into play.

Traditionally, when using any online service (particularly free ones), a user is left with two options – opt in, or miss out. In practice, this means that if you don't agree to the service's own rulebook, then you don't get to use the service.

However, Germany's anti-monopoly agency appears to be explicitly ruling against this. Instead, it's insisting that users of Facebook, WhatsApp or Instagram must be presented with the right to either consent to Facebook's practice of harvesting data across its platforms, or be permitted to continue to use each service, but opt out of the data-combination.

The Bundeskartellamt is quite frank on the topic, stating:

Facebook-owned services like WhatsApp and Instagram can continue to collect data. However, assigning the data to Facebook user accounts will only be possible subject to the users’ voluntary consent. Where consent is not given, the data must remain with the respective service and cannot be processed in combination with Facebook data.

In fact, the ruling extends even beyond Facebook's own ecosystems. The Bundeskartellamt has also ruled that Facebook can no longer collected data from third party websites and assign them to a Facebook user account without a user's voluntary consent.

Needless to say, Facebook is less than thrilled. It has immediately rebuked the ruling in a post on Facebook's official blog, titled “Why We Disagree With the Bundeskartellamt” (try reading that without using a whiny voice).

“Facebook complies with the GDPR and is accountable for protecting people’s information. The GDPR went into effect less than a year ago and imposed new requirements on all companies operating in the EU, including Facebook. As part of complying with the GDPR, we revamped the information we provide people about their privacy and the controls they have over their information” – Facebook response to the ruling

However, amid the less sympathetic appeals to the way it protects user data, Facebook raises an interesting point in its blog post. And that's that its own practices must be viewed in the context of how rival tech giants – including Google and Twitter – behave.

“We face fierce competition in Germany, yet the Bundeskartellamt finds it irrelevant that our apps compete directly with YouTube, Snapchat, Twitter and others” – Facebook response to the ruling

In its post, Facebook even pointed towards its own waning popularity in Germany as reason not to be so harsh on it, saying that “The Bundeskartellamt found in its own survey that over 40% of social media users in Germany don’t even use Facebook.”

The Google-Shaped Elephant in the Room

Is Facebook really the big bad when it comes to harvesting user data and combining data across different services? According to experts, it's a distant second to a company that most of us use every day – Google.

“Facebook is only number two,” says Dr. Marc Al-Hames, General Manager of Cliqz GmbH, a German developer of data protection technologies. “When it comes to our data, the top priority of the market regulators shouldn’t be Facebook, it should be be Alphabet [Google's parent company].”

It's hard to argue with this point, and Facebook certainly seems keen to agree, given its own cry of unfair singling-out on its blog post. Though data combination across WhatsApp, Instagram and Facebook is unwelcome to many – especially those who joined the first two before Facebook acquired them – the depth of data collection pales compared to what Google is able to amass:

“By far the most important data monopolist is Alphabet. With Google search, the Android operating system, the Play Store app sales platform and the Chrome browser, the Internet giant collects data on virtually everyone in the Western world. And even those who want to get free by using alternative services stay trapped in Alphabet's clutches” – Dr Al-Hames

According to Al-Hames, Facebook “mercilessly exploits” this fear of being left out, effectively forcing users to consent to its data-collection, or else miss out on connecting with friends and staying in touch day-to-day.

WhatsApp is a prime example. Though it's yet to get the same foothold in the US, it's an instant-messaging giant in Europe and throughout much of the world. And that means users sign up quickly to get involved, and pay little heed to how their data is harvested along the way.

“WhatsApp is simply indispensable for many young people today. This is where conversations and friendships are happening. If you want to be a part of it, you have to join. Social media create social pressure. And Facebook exploits this mercilessly: Give me your data or you're an outsider” –  Dr. Marc Al-Hames

The new ruling from the German regulator has certainly been enough to put Facebook on the defensive, and that's perhaps long overdue. How we stay in touch with our nearest and dearest should be, at some level, a personal matter. And if data is to be collected along the way, at the very least, we have the right to sign off on what data this is and how far it gets shared.