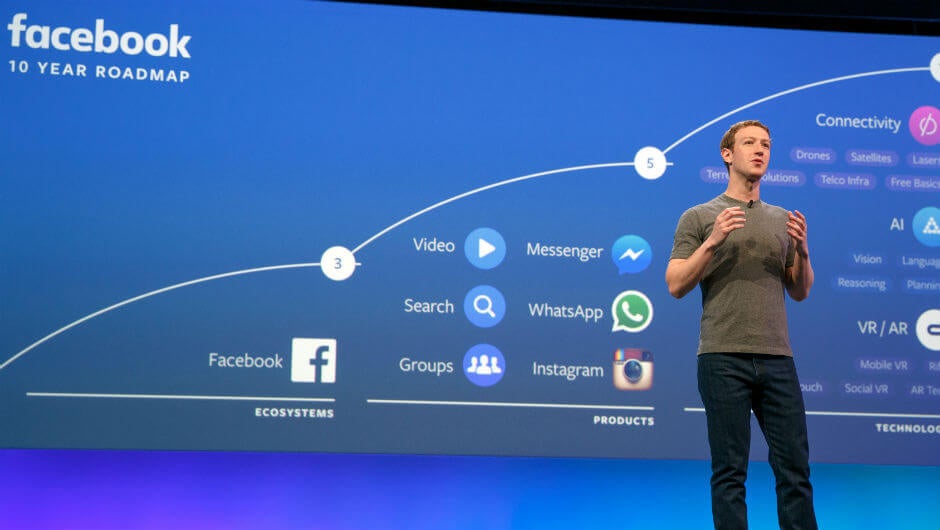 Facebook CEO Mark Zuckerberg has published a note outlining his vision for transforming Facebook to a “privacy-focused” social network. But, can Facebook be trusted to live up to such a mission statement, given its history of concerns over how it treats user data?

Zuckerberg’s note also explained that Facebook Messenger and WhatsApp would be moving to the same privacy-focused mantra, with end-to-end encryption becoming the focal point of the platforms. 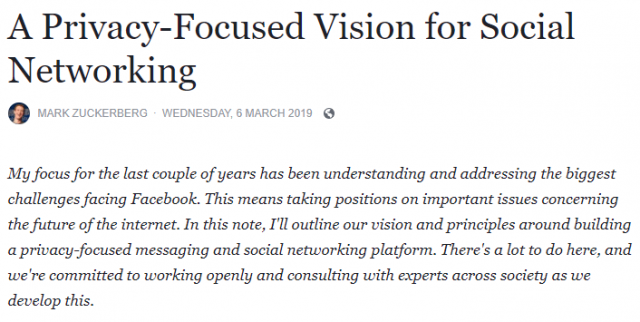 This sounds like a step in the right direction from the embattled social media giant. However, there’s a lot more to Zuck’s 3,000-word ‘note’ than meets the eye. Here are the key things you need to know about Facebook’s apparent privacy U-turn.

Over the past few years, Facebook has been rocked by scandal after scandal. From Cambridge Analytica to racial violence in Myanmar, the social network has had a hard time keeping itself out of the news.

All the while, governments, charities, NGOs, journalists, and others have been pushing Facebook to take steps to improve its privacy record. However, whenever the company has been faced with this pressure in the past, it’s followed the same steps – apologize and move on.

The fact it’s taken this long to get a wishy-washy commitment to user privacy from Facebook is indicative of the company’s aloofness and aversion to criticism. What’s more, Zuckerberg even says that Facebook is now prepared to work with the people it has ignored for years:

“Over the next year and beyond, there are a lot more details and tradeoffs to work through related to each of these principles. A lot of this work is in the early stages, and we are committed to consulting with experts, advocates, industry partners, and governments — including law enforcement and regulators — around the world to get these decisions right.”

Clearly, Facebook will only deal with the issues that it has created when it wants to.

Why the Focus on “Private Interactions?”

One of the big themes in Zuckerberg’s note was the role of what he called “private interactions”. Basically, this is tech speak for private messages and group chats:

“I believe the future of communication will increasingly shift to private, encrypted services where people can be confident what they say to each other stays secure and their messages and content won't stick around forever. This is the future I hope we will help bring about.”

However, this runs completely contrary to everything Facebook has tried to do to date. Photos, tagging, friends lists, the news feed, stories, and other features have all given users new ways to share everything they do with a wider audience (and with Facebook’s data-gathering business model).

While this was, and will continue to be, key for “connecting with everyone you know, discovering new people, ideas and content, and giving people a voice more broadly,” Zuckerberg says, it also allowed Facebook to make lots of money from selling metadata to advertisers.

The shift to private and, notably, encrypted interactions feels like Zuckerberg calling time on Facebook’s growth-at-all-costs mantra. By slicing interactions into small groups, it should help stem the tide of misinformation campaigns, for example.

Facebook is also uniquely placed to offer this kind of private interaction with two services already in its portfolio: Messenger and WhatsApp. Zuckerberg was keen to make clear, though, that these services would become, as he put it, interoperable:

“This could also improve convenience in many experiences where people use Facebook or Instagram as their social network and WhatsApp as their preferred messaging service. For example, lots of people selling items on Marketplace list their phone number so people can message them about buying it. That's not ideal, because you're giving strangers your phone number. With interoperability, you'd be able to use WhatsApp to receive messages sent to your Facebook account without sharing your phone number — and the buyer wouldn't have to worry about whether you prefer to be messaged on one network or the other.

“You can imagine many simple experiences like this — a person discovers a business on Instagram and easily transitions to their preferred messaging app for secure payments and customer support; another person wants to catch up with a friend and can send them a message that goes to their preferred app without having to think about where that person prefers to be reached; or you simply post a story from your day across both Facebook and Instagram and can get all the replies from your friends in one place.”

So, Facebook doesn’t just want to be the sole medium for our public interactions. It also wants to pull the rug from under the feet of mobile phone networks by getting us to ditch SMS for its apparently secure and safe platforms.

No has scandal rocked Facebook quite like the Cambridge Analytica data controversy, first reported by the Observer. The British newspaper published its shock revelations on March 17 2018. The day before, a low-key press release was published on Facebook’s Newsroom which began:

“We are suspending Strategic Communication Laboratories (SCL), including their political data analytics firm, Cambridge Analytica, from Facebook. Given the public prominence of this organization, we want to take a moment to explain how we came to this decision and why.”

Could it be possible that this week’s note was designed to preempt some imminent bad news about Facebook? Or, could this be a genuine, sincere attempt by Zuckerberg to show that Facebook is finally taking its critics seriously and become a “privacy-focused” social network?

It’s difficult to imagine Facebook making changes to the once-secret sauce that made its shareholders and Zuckerberg, in particular, so rich. Unless, of course, some serious external pressure is on the way.

But who knows? It may just represent a coming of age for the social network, and Zuckerberg himself. Let’s hope so.

Read more about social media and privacy on Tech.co