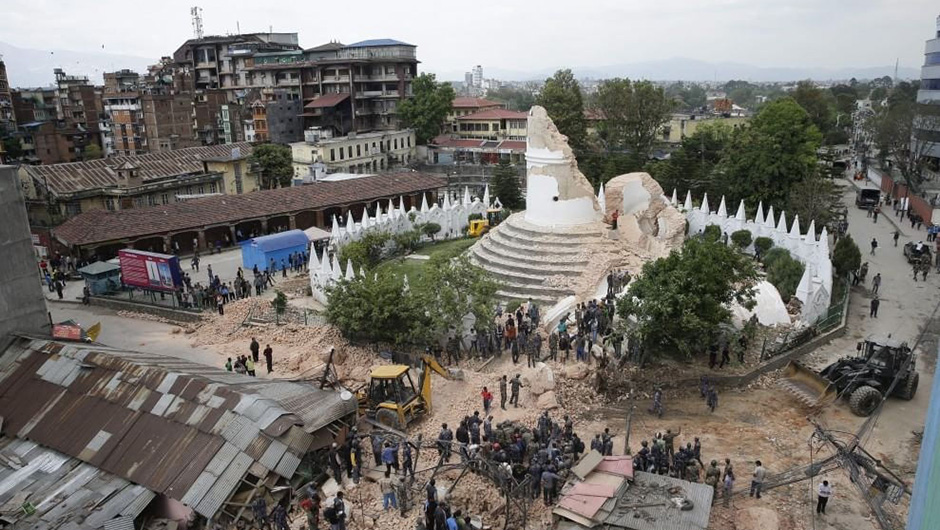 Facebook pledges to donate up to $2 million to the victims of Nepal earthquake, for which the social network appealed its users to contribute to this relief effort.
Anyone logging into Facebook today will see a message at the top of their news feed with an option to donate to International Medical Corps which is providing vital health care services to the earthquake sufferers. 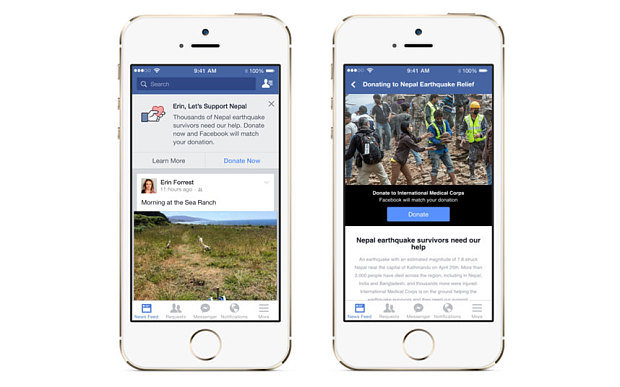 The emergency response teams of the IMC are operating mobile medical units in Nepal, India, and Bangladesh and deliver medical care and medicines. Facebook said its funds will be distributed to local relief and rescue organizations which are working to provide immediate and ongoing services.
In addition to the Donate feature, the social networking site is also enabling its users to indicate that they are safe using Facebook’s Safety Check feature. The Facebook users who are in earthquake affected areas will receive a notification asking if they are safe or not. They can even response to that notification with a single touch to reassure their friends and families that they are safe. 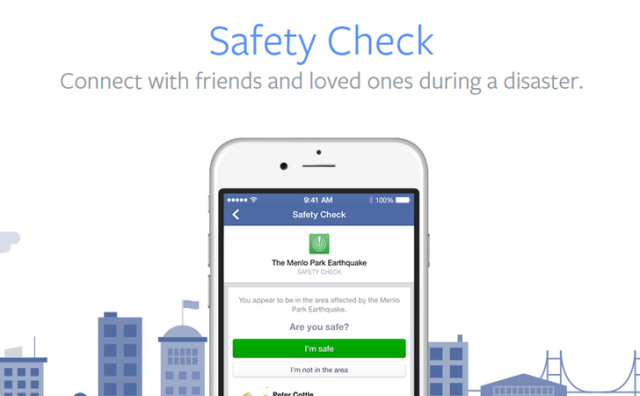 With this new Safety Check feature, millions of Facebook users in Nepal, India, Bangladesh, and Bhutan had been marked as safe and the information has been passed on to tens of millions of people as of Monday.

“During times of crisis, we have seen people turn to Facebook to learn about what’s happening, share their experiences and support one another,” Facebook's blog post stated. “By offering tools to help people donate to support those in the affected areas and check on loved ones, we’re hopeful that together we can promote safety and help urgent resources reach those who need them.”

Facebook is not the only social networking site offering resources to help the relief efforts. Twitter is also assisting the process raising funds through UNICEF. Apple appealed to its iTunes users to donate money to the American Red Cross through its iTunes Store.
Google has launched its Person Finder tool that work most likely as Facebook’s safety check. It helps people to determine whether the person who may have been in the effected areas are safe or not. The company is also working to get update satellite imagery to aid in the relief efforts.

Hi, my name is Syed Qasim. I am internet marketing expert by profession. Working with best corporate sector of USA/UK. Well, they says i got off-beat internet marketing skills. :) Currently I am working on a project which is providing software testing services. I am also working on Software Testing blog.