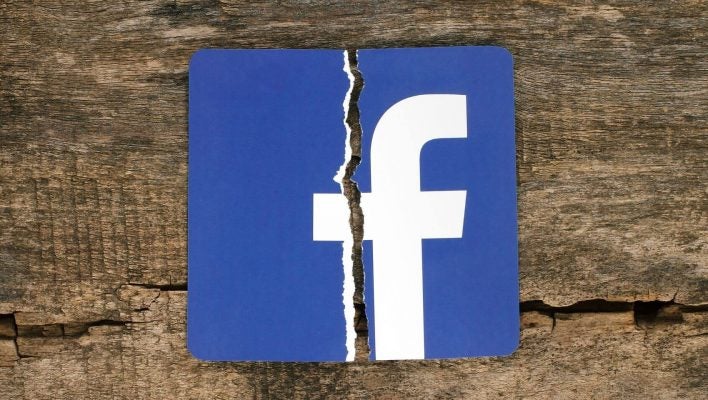 Dozens of Facebook employees are staging a virtual walkout today, marking the biggest protest in the company's 16-year history.

The Facebook protest is centered on Facebook's lack of response to violent posts by President Trump, and its comes during ongoing nation-wide protests against systemic police brutality.

While employees have voiced plenty of dissent internally, today's walkout marks a new, and previously unheard of, step for the social media giant ⁠— or more specifically, for its own employees' attempts to hold it accountable.

Thanks to Facebook's pandemic response, the company's protesters needed to get creative.

The protesters all requested time off for today, while updating their email address' out-of-office messages to make it clear that they are protesting their company policy. In what might be a sign that the protest came together quickly, they're currently still figuring out a potential list of demands for Facebook management.

Facebook's inaction in taking down Trump's post inciting violence makes me ashamed to work here. I absolutely disagree with it. I enjoy the technical parts of my job and working alongside smart/kind people, but this isn't right. Silence is complicity.

While this is the largest public protest Facebook has ever been dealt, it's far from the only indicator of employee turbulance: Within the past week, some staffers have circulated petitions while others have threatened to resign, according to the New York Times.

How'd We Get Here?

Let's back up: Mark Zuckerberg posted a statement in response to questions of accountability last Friday. In it, he stated that he personally has “a visceral negative reaction to this kind of divisive and inflammatory rhetoric” in reference to the President's calls for violence against protesting citizens. He then stated that, as the leader of a company “committed to free expression,” he would be leaving the President's statements up.

But is Facebook a bastion of free expression, given that the entire site runs on algorithmically driven editorialization? By prioritizing engagement, massive social media companies have in effect deprioritized ethical or moral values. Chasing nothing but growth leads companies like Facebook or YouTube to push content that fosters growth-driving emotions like fear or hate.

Don't take my word for it: An internal 2018 Facebook report found that the company's recommendation algorithm was pushing users towards extremist content. Fully 64 percent of those who joined extremist Facebook groups did so after following a recommendation from Facebook itself.

So, what gets these companies to stop focusing on growth above all else? Public backlash has led to YouTube tweaking its algorithm to avoid recommending conspiracy theories, which is a good enough first step.

It's still unclear how successful the protest will be in creating genuine change, but Facebook is sure to address the protest in the near future. Zuckerberg will address the company on Tuesday.

Tech companies have responded to other recent protests in a variety of ways, from Google's temporary delay of an Android 11 launch, which was initially coming this Wednesday, to a series of statements expressing solidarity with the Black Lives Matter movement behind the police brutality protests.

For many in tech, issuing statements is not enough. Tech workers have become increasingly disillusioned with their industry over the past few years, with Facebook's own Cambridge Analytica scandal in early 2018 marking one tipping point among many.

Whatever the outcome of this protest, the simple fact that employees have gathered together is itself a new step towards employee empowerment within the tech industry, and a real move towards the type of true change that the tech industry has always claimed it represents.