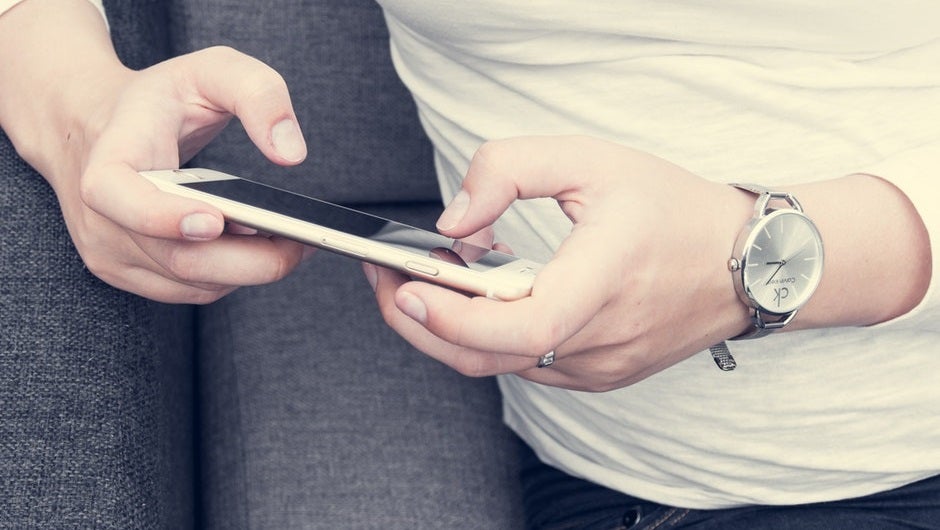 Today, in news we kinda already knew: Pew Research has uncovered data indicating that those with a strong ideology will gain more Facebook followers than those with moderate positions. Yep, being reasonable on the internet will make you way more invisible.

You'll have to click through to the article for a full rundown of Pew's methods, but here's a chart that visualizes how senators' number of Facebook followers dips farther the closer they are towards the platonic ideal of the moderate politician. 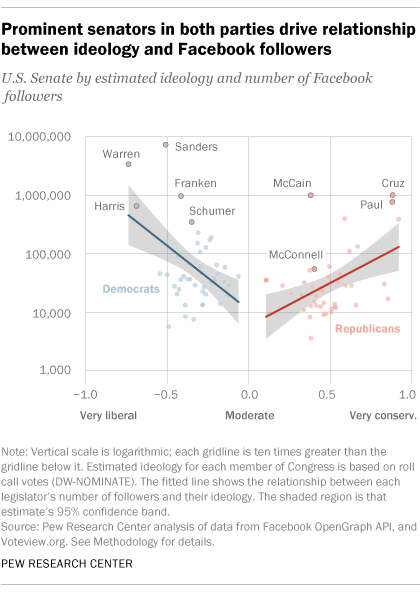 Pew also gives a few examples of the most ideologically driven senators and their Facebook fanbases.

“Republican Rep. Trey Gowdy of South Carolina, who chaired the high-profile Select Committee on Benghazi, had more Facebook followers than any other House member, with slightly over 1.3 million. Next were Illinois Democrat Luis Gutierrez, Democratic Minority Leader Nancy Pelosi of California and GOP Speaker Paul Ryan of Wisconsin, with between 500,000 and 600,000 each,” Pew reports.

A notable outlier is the relatively moderate John McCain, but his 2008 presidential run accounts for his over-a-million followers.

Pew offers two possible reasons why moderates have it so bad. First, moderates don't have content that's — to use the industry term — super sharable.

“It’s not clear exactly why more-ideological members have more page followers than moderates. But a February Pew Research Center analysis of Facebook posts shared by members of the previous Congress found that very liberal or conservative lawmakers were more likely to share content that expressed indignation or disagreement on political matters, and that such posts drew more engagement online,” Pew says.

“Other research that examined past Congresses using the same measure of ideology has found that media outlets were more likely to cover the most liberal and conservative members of the U.S. House than they were moderates.”

And if you were wondering, here are the last few tidbits of information Pew Research has shared with the world: The internet is getting worse; we're on our phones all the time, and online trust is going down the drain. Someone needs to lighten up a little. (Kidding, Pew Research, I still love you.)