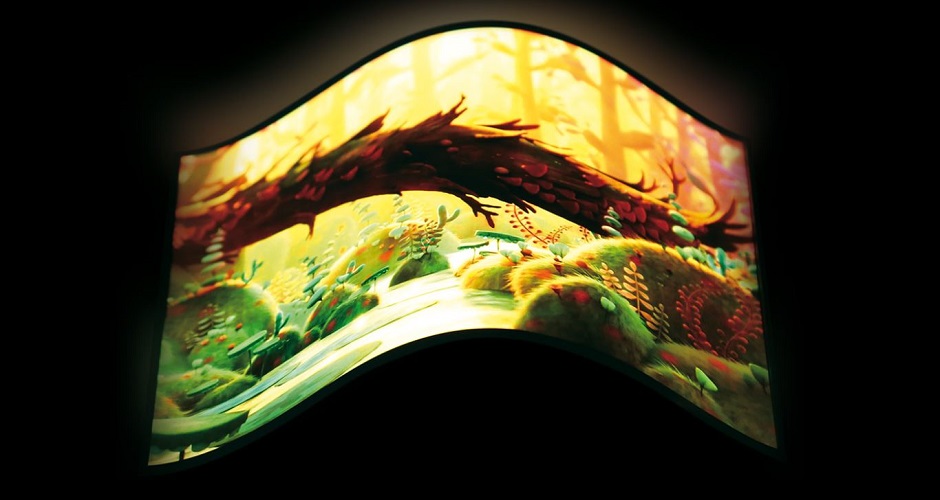 With Samsung finally revealing its foldable cell phone yesterday, and the world's first consumer release unveiled by Royole last week, it seems like 2019 could be the year of the flexible phone. We take a look at what's in store in the very near, very foldable future.

Lets face it, phone designs are getting boring. Dull black rectangles with none of the character or ability to generate excitement that we expect from our tech. The things they can do are miraculous, though – we're essentially carrying around Star Trek-esque Tricorders in our pockets, so shouldn't they be a little more fun?

With the latest design development of note being an unattractive a notch (a notch!), something had to give. And it looks like we could be on the cusp on a revolution in phone design – enter, the folding phone.

Samsung has been toying with the concept of a folding phone display for years, and has shown off mock-ups of what it could look like. This week, the company finally showed the world its first folding device.

At Samsung's developer's conference yesterday, the world got it's first (small) glimpse of Samsung's foldable phone. At the moment, the company isn't giving much away, dimming the lights and encasing the final design in a bulky box to hide its true form.

However, in the short demo above, everything appeared to work as intended. If it lives up to the promise, it seems that Samsung could genuinely have a real game-changer on its hands. A working foldable phone could disrupt not only the mobile market, but the tablet market too.

Samsung have stated that the technology is ready to go into mass production, but there's no word on release date or final price yet.

When you think of cutting edge technology, your mind may not immediately spring to a brand called “Royole”. An American company established in 2012, it would be fair to say that Royole isn't (yet) a household name.

But, just last week, it granted itself a place in the footnotes of tech history by unveiling the world's first consumer phone with a folding screen. Suspicious timing? Perhaps Royole wanted to steal a march on Samsung, and mission accomplished.

The FlexPai opens up to form a 7.8-inch tablet, making it slightly bigger than Samsung's model (which has as 7.3-inch screen). However, the FlexPai has a single screen that folds on the outside, whereas the Samsung model has a screen that opens up on the inside, and a separate small screen on the front. 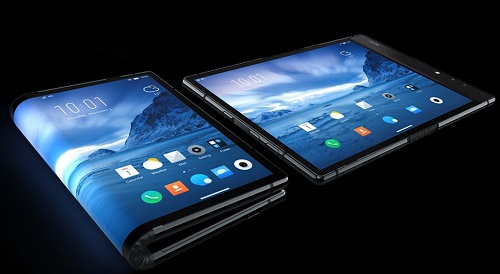 The race to be the first isn't always the best way to guarantee quality. Early reports on the FlexPai from those who have had a chance to try it out suggest that while it works, it's clunky. The operating system reportedly seems easily confused by the constant shift in the screen's perspective.

Royole has stated that these kinks only exist as the model is a protoype, and will be ironed out.

Pre-orders have been opened up in China for the FlexPai, and the phone starts at $1,300. This is the first price tag we've seen attached to a flexible display screen, and, as expected, it's steep.

We know that Chinese manufacturer Huawei is working on a folding display phone. How do we know? Two reasons.

Firstly, it has filed patents for a device with a flexible screen, including detailed images of how the model would work. It's incredibly similar to the design Samsung has shown off, with the display closing in the middle. 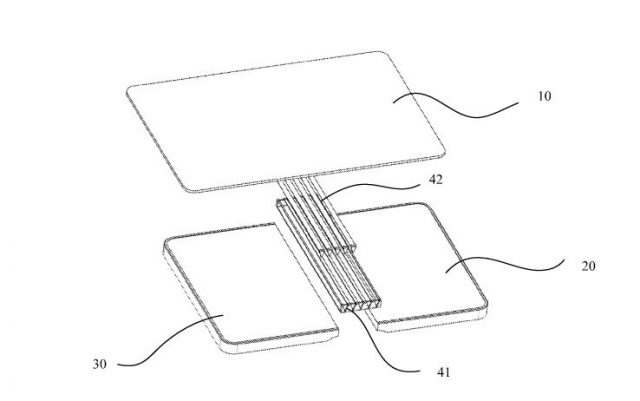 The second big clue about Huawei's plans is the fact that it's CEO has openly talked about such a device. In an interview with German news site, Die Welt, in September, Richard Yu said “The smartphone display is too small for you. We will change that. It is conceivable that a display can be folded out.” He also stated that the phone would be revealed within the year.

With pricing looking to be a big factor in the success of the folding display phone, Huawei could find itself in a prize position, with the company traditionally focusing on affordable products which can still pack a punch. If it can offer revolutionary tech with a modest price tag, it will be one to look out for.

There's a sting in the tail, however – to date, Huawei devices have been banned from sale in the US. To find out why, read our full report on the security concerns around Huawei phones.

Like Huawei, LG is proud of its upcoming folding phone tech. The company revealed that it was working on a device, and currently ironing out potential issues.

In an interview with Korean news site, Yonhap, LG stated, ‘We are working hard with our partners on various obstacles that can occur while folding and unfolding.”. In terms of timing, LG has been a little more coy than its competitors, stating “We will release it at a time when we can provide enough customer value rather than releasing it for the first time in the world.”, in what could be deemed something of a dig at those involved in the race to be first.

Naturally, LG has also filed patent plans. This means we can get a good idea of what the company's concept could look like.

Interestingly, LG's illustration hint that the company isn't looking to expand the size of the screen, but reduce the size of the device, with the plans portraying a standard sized smartphone that folds in half. While these shouldn't be taken as any sort of indication of the finished product, it's an approach that's not been followed by others.

Apple hasn't revealed too much about its intentions for folding displays. Traditionally, the company has found a phone design that works and then largely stuck with it, refining the concept a little further each year.

However, just because the folding display phone would be a big departure from Apple's current range of iPhones, that's not to say it wouldn't happen, especially if it's the path the rest of the industry goes down.

Naturally there's a lot more to it, but it's clear that Apple is at least thinking about the concept of folding displays. Unfortunately, the patent doesn't include any diagrams of the proposed tech, so we have to imagine what it would look like. But, you can read the full patent if you're interested.