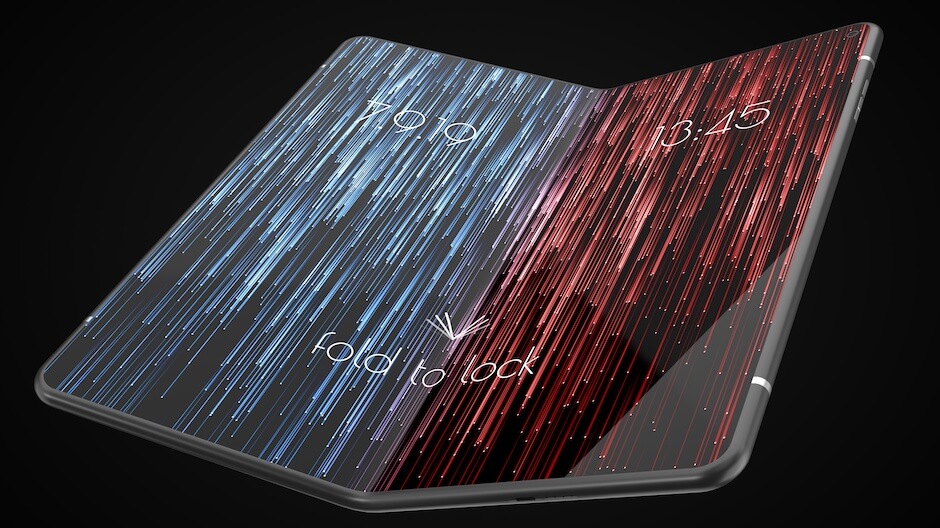 Just because technology can work, doesn't mean it will work perfectly – something companies attempting to launch foldable smartphones have discovered this year. Do these early obstacles point to a fundamental flaw or are they mere stepping stones to a bright future?

With Samsung announcing the relaunch of the Galaxy Fold after its abysmal attempted launch earlier this summer, the question of whether or not foldable screens are a viable consumer product is more pressing than ever. We've interviewed Jon Honeyball, a consumer tech testing expert, to get the inside scoop on whether this innovative technology has any chance of making an impact on the market in the long run.

We look at the challenges of getting foldable screen tech to market, and the potential for the tech in future.

A Rough Start for Foldable Phones

In the race to be first to market with a compelling foldable phones, tech companies have stumbled. Huawei has delayed the launch of the Mate X, its own foldable smartphone, despite claiming that it has figured out the right way to do it. Other companies are very much in the speculation stage, while Apple hasn't even broached the topic yet.

The most notable and egregious misstep for foldable smartphones so far, however, has been from Samsung. Its attempt at the tech comes in the form of the Galaxy Fold, which was planned to launch earlier this summer. However, the pre-launch devices were greeted with negative reviews – noting cracked screens, broken hinges, and a crease the size of the Grand Canyon. Samsung halted the launch just days before the set date, resulting in thousands of cancelled pre-orders.

So what happened? Is flexible screen technology not viable in foldable smartphones or is something else messing with the design? Tech experts are pretty sure it's the latter.

“I suspect that the screen element itself is actually stable,” Jon Honeyball, Managing Director of Woodleyside IT, told us in an interview. “Where they appear to have gone wrong is deciding that it needed a scratch resistant layer on top, which some users then decided to peel off. The OLED layer itself will be extremely thin and delicate. [There also wasn't] enough testing of the hinge mechanism, which then introduced problems like dirt and debris into the hinge, which then damaged the OLED layer.”

Simply put, Samsung paired great theoretical technology with poor execution. The result was a poorly functioning mess that ultimately wouldn't have survived on the market (especially with a $2,000 asking price). However, the Korean company was happy to push the boundaries of the tech for one simple reason that drives the culture of Samsung.

“Samsung is absolutely paranoid as a company about being first to market,” says Honeyball. “Compare and contrast to Apple, which is happy to delay and delay and delay until they think they have got it right, which is evident from the canning of the wireless charging pad.”

Not only does Samsung have a compulsory need to be the first to market, which resulted in the Fold’s rush to launch. It’s also firmly committed to holding onto the spotlight when it comes to consumer electronics.

“Samsung believes that it has a real need for ‘whizz bang' engineering that makes the news and gets it into front page of newspapers,” said Honeyball.

Too Late to Turn Back

At a certain point though, Samsung had to realize that it was about to launch a faulty device, surely? Well, according to Honeyball, once the wheels are in motion, they're pretty hard to stop.

“Once that button is pushed, the project is effectively unstoppable,” says Honeyball. “Production engineering takes over, components are ordered in units of tens of thousands, factories are reengineered to assemble the devices. You cannot stop at the last minute without incurring huge cost.”

Samsung isn't exclusively to blame for the poor reception of the Galaxy Fold. The fundamental principle of foldable smartphones could be at odds with consumers trends, particularly the idea that thinner is always better.

“The problem with the fold open model is that we are now used to thin phones,” said Honeyball. “So making a foldable one will inevitably mean a double thickness unit. Will customers be happy with that?” 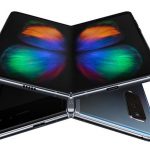 How Has Samsung Changed The Galaxy Fold?

Samsung has had to respond quickly to the embarrassing reception of the Galaxy Fold, which suffered reports of cracked screens and debris catching in the design. Samsung has announced a number of changes to get the device ready for the new September launch:

It's safe to say the functionality of the groundbreaking technology is far from common place. Subsequently, understanding how it works will give you a good idea of what might have been its initial downfall and why the innovation is so, well, innovative.

The OLED display of the iPhone X

For one, the technology is made possible thanks to organic light emitting diode displays, more commonly known as OLED displays. These incredibly thin, flexible screens house the pixels directly, so there's no need for a backlight or glass encasing, like with LCD screens. This allows the screen to bend while still displaying the images and videos without cracking or breaking.

While this technology might seem brand new, OLED displays are quite common in devices today, although the flexible nature is harder to notice. The iPhone X, for example, which launched in 2017, has an OLED screen, noticeable only by the curved edges.

Granted, this use of flexible screen technology is less exciting than a foldable smartphone, but you have to walk before you can run, a piece of advice someone should've given Samsung before they attempted to launch that kind of tech.

The initial failure of foldable smartphones should in no way be an indictment of the potential of flexible screen technology. In fact, considering the swift and impressive ways in which OLED screens are being improved, the functionality goes far beyond foldable smartphones.

Foldable screen technology is a lot more than just, well, foldable. The flexible nature of the tech allows for a wide range of uses on the market today, the most notable of which is probably LG's rollable 4K TV on display at CES earlier this year. However, that's really just the tip of the iceberg.

While smartphones might seem like the biggest and brightest use case for flexible screen technology, the business world is itching to take advantage of the benefits of smaller, lighter, more flexible screens.

“Once you have a super flexible OLED panel that is so thin that it can flutter in a passing breeze, you can put it into all sorts of places,” said Honeyball. “Airline manufacturers are very interested, because it lets you take minimum 2-4 kilograms per seat out of the weight of a plane. On a large plane, that could be several tons of extra cargo weight available. It doesn’t seem like much, but it all adds up over the 20-30 year life of a plane.”

The potential uses for foldable screen technology are virtually endless, particularly as the tech evolves. You just have to have a bit of imagination.

“You really have to think outside the box,” said Honeyball. “Since you can bend it, why not do curved surfaces? Mugs with live visuals on? Kitchen surfaces that curve? New in-car surfaces. Wrist bands. Active watch straps. Mesh it into clothing.”

Suffice it to say, foldable screen technology doesn't start or end with smartphones, and to think the technology isn't viable because of a few snafus is terribly misguided.

Foldable screen technology could be just as game-changing as 5G, opening the doors to a whole new era of technology that will be lighter, bendier, and a whole lot easier and more fun to use.

Read all the news pertaining to foldable smartphones on Tech.co: