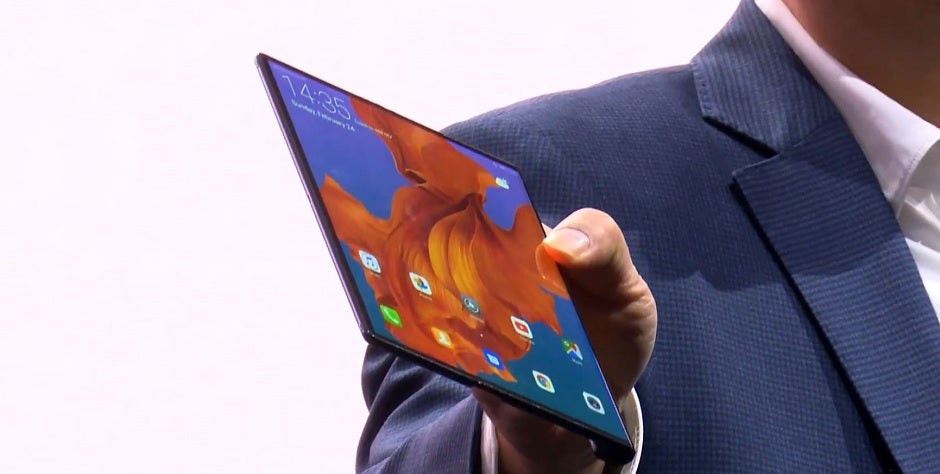 It's Mobile World Congress season, which means phone announcements a-plenty. It looks like Huawei has just stolen the limelight, however, revealing its own folding phone, the Huawei Mate X.

With Samsung showing off the Galaxy Fold recently, there's a lot of interest in the concept of foldable phones. Huawei appears to have delivered with the Mate X, a rather premium-looking phone, with a premium price tag to match. It may even have an edge on Samsung, as Huawei's device is confirmed as being 5G-compatible.

It's not just phones though – Huawei also gave us a glimpse of its latest MateBook range, its very own MacBook-killer.

The Mate X was a pretty poorly-kept secret heading into this year's Mobile World Congress. Huawei's own PR people had been whipping up a frenzy, with not-so-subtle teasers for the event on social media. Along with strong hints about a 5G-ready product, the adverts featured glimpses of a hinged device that bore no resemblance to the rest of Huawei's line up. 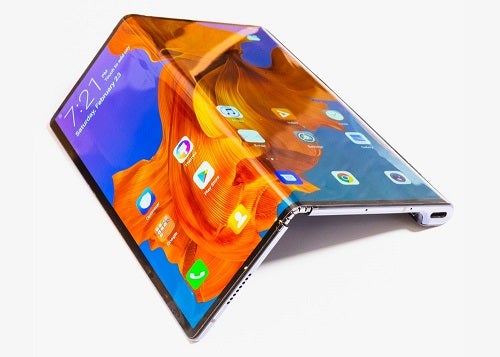 On stage at MWC, Huawei CEO, Richard Yu, produced the Mate X to plenty of applause, and with good reason. It's certainly a desirable looking bit of kit, and instantly distinct from the Samsung Fold.

On the Mate X, the display wraps around the outside of the phone, rather than the inside. While this means it doesn't have a separate second screen, like the Fold, it doesn't actually need it.

The display is 8-inches when opened up. This is a decent chunk of real estate, and more than you'd get on some tablets, such as the iPad Mini. It's also one of the many areas where it has Samsung's Fold licked – the latter offers a slightly smaller 7.3-inch screen. When closed, that translates to a 6-inch screen on the front of the Mate X phone, with barely any bezel – a far cry from the rather small 4.3-inch screen that the front panel of the Fold gives you. 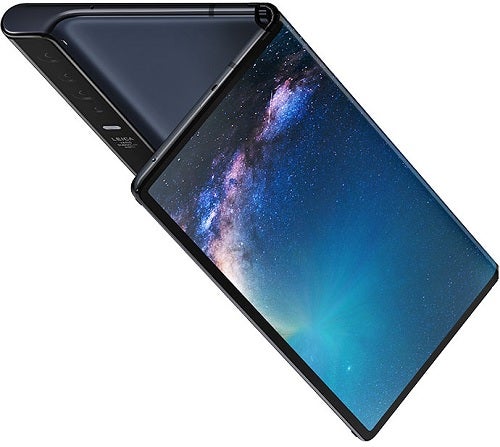 Opened up, it measures a rather impressive 5.4mm, making it even slimmer than the iPad Pro. Even when closed, it's just 11 mm thick. Not to pick on the Fold, but by comparison, Samsung's device looks a lot chunkier, with a profile like two phones taped together when looked at side by side.

One of the questions that Huawei hasn't answered yet is how the display will take knocks and bumps. This might be one area where the Fold has the advantage. As these screens have to fold, the favored method of strengthening them, by using tempered glass, is out. Instead, all the folding phones we've seen so far rely on a plastic screen.

With the Fold's safety tucked away when closed, it does raise questions about the Mate X's level of durability.

As for the actual specs of the Mate X, it features the Kirin 980 chip, mirroring the Huawei Mate 20, and 8GB of Ram. You get 512GB of storage, which can be expanded, thanks to Huawei's Nano Memory Card, which can be slotted into the free space in its dual SIM port.

It's also 5G enabled. That's a pretty big deal, given that Samsung's Fold phone isn't yet confirmed as working on 5G. The Mate X joins a pretty short list of 5G phones you'll be able to buy this year.

You'll definitely want to take care of your Mate X, given the cost. An almost embarrassed looking Yu revealed that the phone would cost 2,229 Euros (that's $2,600 in US dollars), quickly following it up by saying ‘The cost is very expensive – we are trying to bring the cost down'.  The Fold, by comparison, is ‘just' $1,980.

Yu teased that it could be available to consumers by June. Of course, there's an important caveat – US consumers are set to miss out, so long as Huawei phones are effectively banned from sale in the US.

It wasn't all about the folding phone for Huawei at this years MWC. It also had some laptops to sell, and it unveiled the latest lineup of its MateBook range. If you've never come across a MateBook before, just imagine a MacBook, running Windows, and more budget friendly, and you'll have the measure of what these laptops are.

Huawei isn't shy about mentioning the MateBook and the MacBook in the same sentence, and even had the chutzpah to name its premium model the MateBook Pro X, in case you weren't quite picking up on the market it was targeting. It's also available in Space Gray, a colour favored for Apple products. You can get it in ‘Mystic Silver', too, which to be fair, we're fairly sure nobody has ever come up with before. 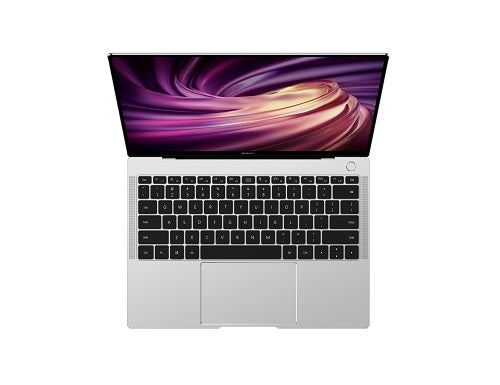 Before you discount the MateBook Pro X as nothing more than a copycat, know that yes, it is a copycat, but it's one hell of a good one.

Huawei was keen to show off some of its party tricks, such as OneHop, which lets your use the NFC feature to quickly transfer files and media from your phone to the MateBook Pro X. It also claims to be the worlds first finger gesture laptop screen. This means the screen is able to recognise commands with three fingers, adopting Huawei's ‘Knuckle Sense' technology.

In terms of specs, the MateBook Pro X packs a punch. It has an 8th-gen i5 or i7 processor, a dedicated NVIDIA GeForce MX250 graphics chip, 8GB of Ram, and a 13.9-inch 3K screen. It's also lighter and slimmer than Apple's Pro laptop, as well as offering a bevy of ports – something that Huawei takes great glee in pointing out. Whether it's USB-C, USB-A or Thunderbolt that you're looking for, they're all here. There's also a fingerprint sensor. 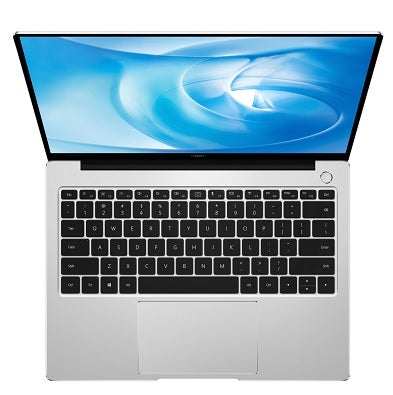 If your wallet won't allow you to pick up the Pro X, then you might be tempted by the MateBook 13 or 14. While these don't have some of the more advanced features of the Pro X, they still manage to pack a punch.

The MateBook 13 has actually been shown before, with the press getting a good look at it at CES in January. However, the 14 is new to the Huawei line-up. As the naming conventions suggest, the 13 and 14 models are 13-inches and 14-inches respectively.

There's little difference between the two, aside from small changes. The Matebook 14 features the NVIDIA GeForce MX 250 graphics card compared to the MateBook 13's GeForce MX 150. The 14 also features the webcam recessed into the keyboard, while the 13 places it above the screen.

Both laptops can be configured to come with touchscreens.

Should You Buy a Huawei Device?

While Huawei put on a decent show at Mobile World Congress, producing excellent tech (on paper, at least) and showing off its 5G tech, should you be cautious? With the US Government advising against buying Huawei products, it's healthy to be sceptical.

Concerns about spying, actual arrests for international espionage, suspected strong ties with the Chinese government and the tit for tat back and forth between the American and Chinese authorities are certainly enough to make most stop and think about whether they really want their next device to be Huawei-branded.

Read up on the history of Huawei and why it's got national authorities in a spin in our in-depth article, ‘Is Huawei a Genuine Security Threat?'