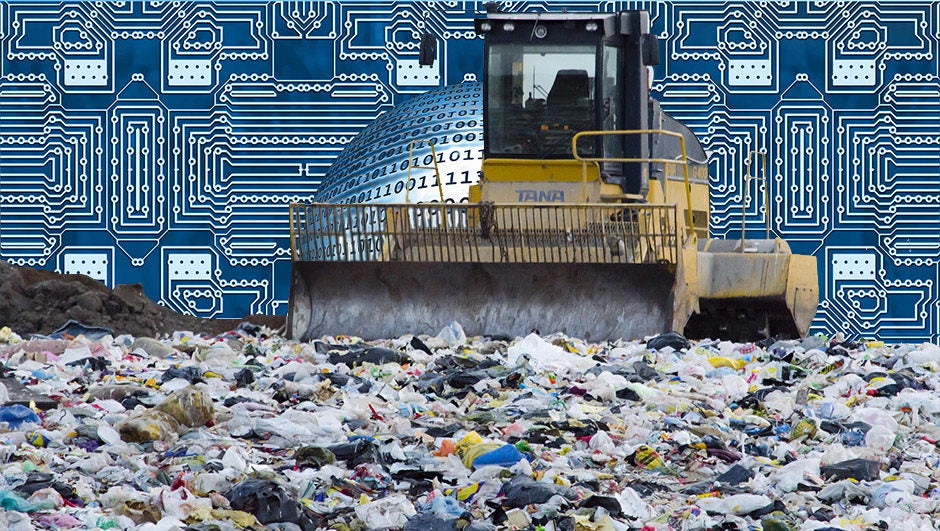 The accumulation, transportation, and storage of waste on this planet is a growing problem. The United States alone generates 230 million tons of garbage annually, equaling 4.6 pounds of waste per person daily. While we may take it for granted, municipal solid waste (MSW) is not only an essential service, but it's also big business. Communities and businesses alike are looking for ways to both minimize consumption and get smarter about waste recovery. Emerging smart waste technologies provide evidence of several ways in which the garbage collection industry is changing.

Are Electric Garbage Trucks Coming to Your Neighborhood?

The adoption of electric vehicles continues to rise, as Tesla and other manufacturers ramp up production. Going beyond personal vehicles, Tesla co-founder Ian Wright applied similar technology to refuse trucks. The result is state-of-the-art garbage trucks that are not only more efficient, but also much quieter.  These new electric garbage trucks receive power from battery packs and feature electric drive trains. Adoption of these trucks will reduce fuel consumption by 67 percent and vehicle maintenance costs by as much as $25,000 each year.

Automation may soon be coming to your street in the form of robotic trash collectors.  However, don't expect them to look anything like Robocop or even Rosie from The Jetsons. Volvo and several partners launched this new initiative, titled, “Robot-based Autonomous Refuse handling,” or ROAR.  The robots operate via sensors but are supervised and may be overridden by a truck's driver.

Volvo's ROAR robots will take all the heavy, smelly lifting out of trash collection http://t.co/dcHsey9DpE pic.twitter.com/RYr0UDr2wO

In many of today's communities, RFID tags cut down on waste and reduce trash collection costs.  Instead of paying a flat monthly fee for trash collection, residents have RFID tags installed on their bins.  There is a “tipping fee” charge assessed each time that the bins are emptied.    The program not only separates out the costs of recycling and trash disposal but is  cheaper overall and encourages sustainable practices.

These four innovations are just the beginning of technology's disruptive impact on the garbage collection industry and waste management as a whole.  Emerging waste technologies are also on the horizon for waste processing, waste storage, and waste-to-energy solutions. According to a recent study by Navigant Research, the revenue from smart waste management technology is projected to grow from $2.3 billion annually to $6.5 billion by 2023.

Taking waste away from the curb is just the tip of the iceberg. Both residents and businesses should expect to see many of these solutions in the near future.