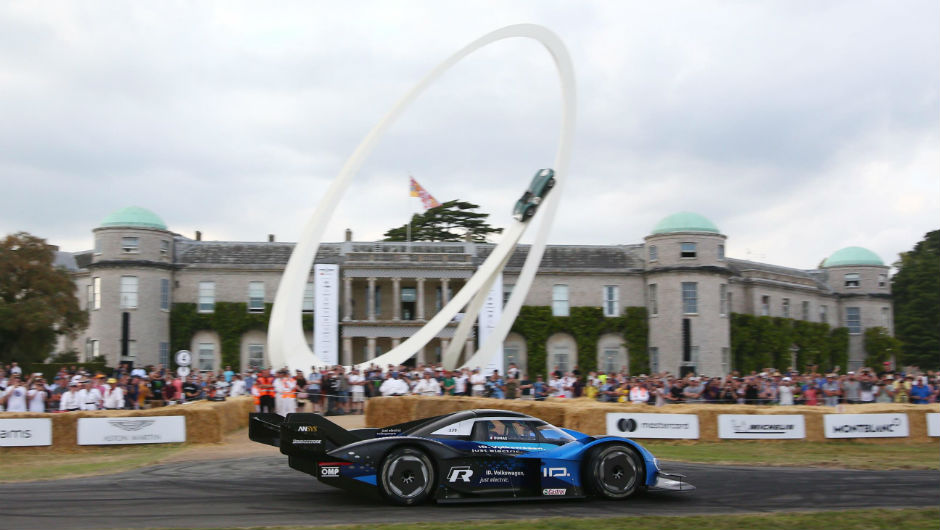 The annual Goodwood Festival of Speed is normally associated with high-octane, rubber-burning, and gas-guzzling cars gunning for the fastest time over a 1.16-mile hillclimb track.

However, this year the Duke of Richmond opened the grounds of Goodwood House — his massive stately home located two hours’ drive from London in West Sussex — to a plethora of smarter, quieter, and greener cars.

So what does the future of driving (or not driving as the case may be) look like?

The Festival of Speed culminates with cars competing against the stopwatch to post the fastest time up the hill. This year saw pre-war Bugatti grand prix cars rubbing shoulders with a Fiat land speed record car from 1910, as well as the latest supercars and race cars from around the world — including some of the latest NASCARs.

However, Volkswagen’s electric ID.R race car grabbed the spotlight. Not only did it beat out every other car, it smashed the course’s lap record, which had stood for two decades.

As it set off up the hill, the ID.R looked quick — it was skipping across bumps on the road, and kicking up dust as Dumas cut corners looking to beat the course record. However, save for a small whine from the electric motors, it was almost completely silent.

It was a spooky sight, but it proves that electric racing cars are far from boring.

The Korean smartphone giant might not be the first company that springs to mind when you think of fast cars, but it was keen to show off its 5G tech at Goodwood.

The MKZ was tricked-out with two Samsung Galaxy S10 5G phones, streaming straight to Gittin who was controlling the car with a VR headset and custom set of pedals and steering wheel.

Drifting requires drivers to make small, constant adjustment to the throttle and steering to stop the car spinning but keep it sliding. And, with 5G’s drastically reduced latency times compared to 4G, Vaughn was able to pull some crazy angles without losing control.

Autonomous cars are rarely out of the news it seems, but we rarely hear about autonomous race cars.

At this year’s event, Roborace’s DevBot 2.0 drove the course without any preloaded information about where it was going — instead, the car’s AI was able to figure out the track, and how fast it could go.

Admittedly, it wasn’t the quickest time ever, but it was certainly a surprise when the car’s driver got out and the car set off again without him. 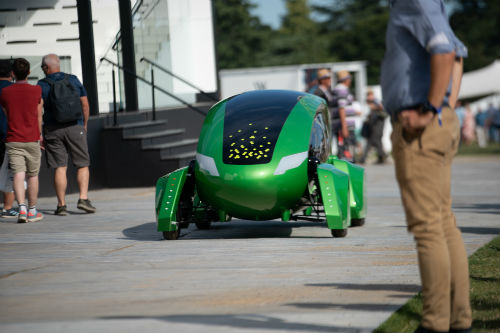 Waiting around for deliveries is boring and time-consuming but one company thinks it might have developed a self-driving van capable of delivering packages securely, and more efficiently.

Kar-go is an autonomous delivery vehicle which could cut delivery costs by up to 90%, according to the Academy of Robotics which developed the vehicle.

Kar-go uses machine vision and AI to navigate the roads and work out the most efficient route for delivering packages, while also being able to deliver packages 24/7. Kar-go will pull up outside your house, office, or wherever you choose for delivery, and present you with your package to collect — neat.

Kar-go was driving around the festival — with no one piloting it — weaving between passers-by and company stands. If the future is painless deliveries, count us in!

Read more about the future of driving on Tech.co