It's only been the traditional seven days long, and yet this week has managed to pack in a heck of a lot of tech news.

We look at the stories that have caught our eye this week, from Samsung's accidental leak of its folding phone, to robots bothering you with unwanted phone calls.

We've also found out some of the most popular Superbowl foods by state, so if you want to know who's sitting down with a bowl of lentil soup to watch the game, read on.

We can't wait to see Samsung's new folding phone, after the company teased it last year with a 30 second look on stage at its developers conference. Yes, it was bulky, but we were assured that it was a prototype and not the finished product. However, thanks to the company's Vietnam division, we may have seen a glimpse of the real deal.

It appears that someone may have jumped the gun ahead of Samsung's February 20th event, where the folding phone and S10 will be officially launched, with the accidental early reveal of an advert. The commercial is a future-gazing look at Samsung's products, and includes a shot of a woman using a folding phone. If it is the real article, it's come a long way since that initial reveal.

Incredibly slim and with much thinner bezels than the version we saw last year, the folding phone looks to be a real head-turner. It's not long until the reveal proper, but we appreciate the early sneak peak.

Americans Are Getting Billions of Nuisance Calls from Robots 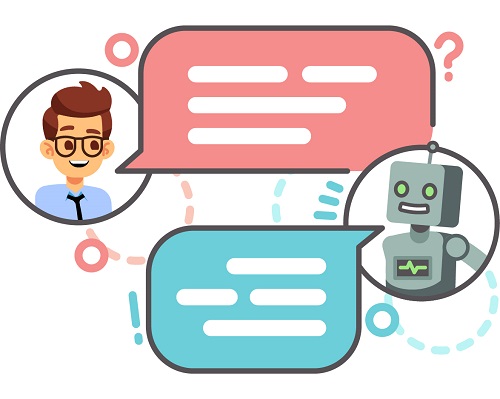 In the Terminator franchise, robots turn against their human masters, destroying them with armies of metal killing machines. It seems our own future is even more terrifying than what Skynet had planned – we're being constantly pestered by automated calls. According to research by spam-monitoring service, Hiya, Americans received 26.3 billion robo-calls in 2018, up from 18 billion the previous year.

According to the firm, it's become so bad that many of us are simply choosing to not answer the phone at all, with unrecognised numbers most likely to be ignored by recipients.

Providers like T-Mobile, AT&T, Verizon and Sprint are all working on their own systems for dealing with automated and unwanted calls, including caller-ID spoofing- a technique used by scammers to make it appear as though the call is coming from a local number. 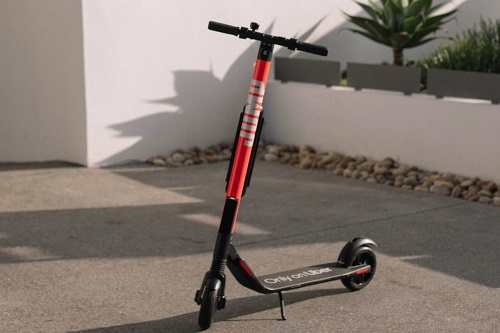 When 19-year old Luca Mangiarano decided to rob a BBVA Compass bank, it would be fair to say that he didn't have all of his ducks in a row. After demanding money from the teller with a note, he decided not to jump into a waiting getaway car, but instead to hop on an Uber-owned, Jump electric scooter.

Although he did manage to flee the scene (presumably at low speed), he had overlooked one key detail: In order to rent a Jump scooter, you need to register your details with Jump. That's name, payment details, and yes, address.

After having watched security footage of the incident and recognizing his unusual mode of transport, police contacted Jump, which handed over his details. Armed with this information, and data from his cell phone that proved he was in the area, the police promptly arrested Mangiarano. While locals tend to have a love/hate relationship with public-use scooters, this is probably one case where they were firmly #TeamJump. 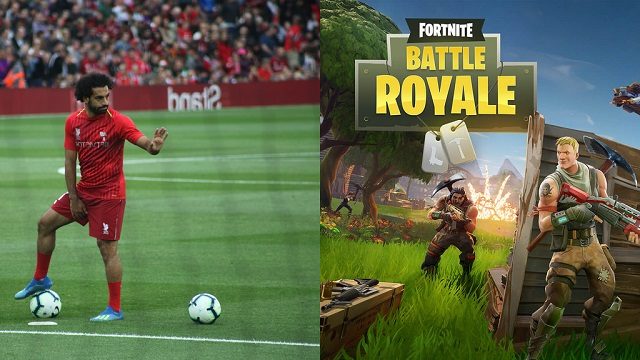 Last month, Netflix told its investors that one of its biggest competitors was online game Fortnite. Following suite this month is the CEO of Liverpool FC, Peter Moore, who has told Variety magazine that soccer needs to modernize to appeal to a new generation.

“90 minutes is a long time for a millennial male to sit down on a couch. When I look at viewing and attendance figures of millennial males, I’m concerned as a chief executive of a football club that relies on the next generation of fans coming through.”- Liverpool FC CEO, Peter Moore

Moore is no stranger to video games. Before joining Liverpool FC, he held top jobs at EA, Sega and Xbox, so his comments are somewhat informed. However, some would argue that the biggest barrier to the next generation of soccer fans isn't the time a match takes, but the fact that broadcast rights are sold to the highest bidders for expensive subscription channels. By comparison, Fortnite is free and accessible to all.

Most bands would kill for exposure on Spotify, but for one group, such was the lust for fame (or royalties) that it wormed its way into the playlists of thousands of unwitting listeners.

Users started to comment on Twitter that band Bergenulo Five has been showing up randomly in their playlists. A closer look at the artist prompted more questions. They have two albums on Spotify, both lacking artwork, and don't appear to have any online presence anywhere outside of Spotify. Despite this, they've racked up 60,000 listens.

Spotify removed the band from the service, and commented that it had detected ‘abnormal streaming activity' generated by the artist. This doesn't explain how they were able to sneak into people's playlists in the first place, although one media analyst  suggested that hackers may have used access tokens to hijack people's playlists and generate revenue. The band could have potentially made $600 via the plays.

We've just spoken to a man (a youth worker) stopped by police #FacialRecognition today for "looking like someone". Made to prove his identity then told he could put in a complaint.

"It was embarrassing in front of everyone. There must be better ways than this"#ResistFacialRec pic.twitter.com/QHGtpbaqdh

Last year we reported on a mysterious van appearing in London, England, which was trialing facial recognition software to pick out potential criminals who had evaded the law. It was pegged as a trial, and only lasted a couple of days.

Twitter users have now reported seeing the van again, so it looks like the trials are continuing. The system uses software to analyse crowds and pick out any individuals that are wanted for arrest.

Londoners are used to being observed – with the average person in the capital being spotted around 300 times a day on camera. However, with trials of facial recognition seemingly increasing, the Metropolitan Police could soon be upping its surveillance measures.

Any true American knows the best thing about the superbowl isn't the football, the atmosphere or the halftime show – it's the snacks. When the Rams meet the Patriots this weekend, plates and bellies across the country will be filled.

If you're wondering what the most popular snacks for the event are by state (and we know it's been keeping you up at night), then Google has provided the answer. By tracking unique recipe searches by region ahead of the big day, we know what everyone will be sitting down to eat during the game, and it's definitely diverse.  From paella to lentil soup, pigs in a blanket to vegan cheesy bacon spinach dip, it looks like the super bowl will be a good day for manufacturers of antacids, if no one else.