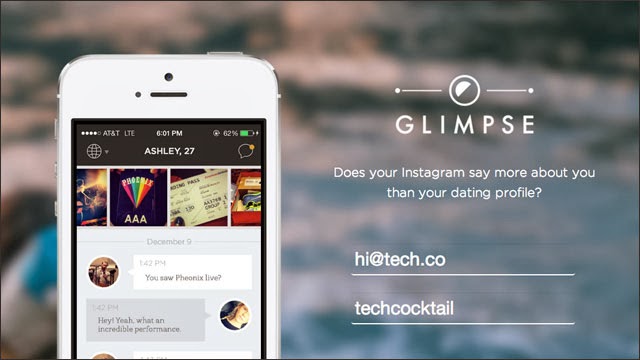 Aside from liking every picture of bánh mì or books that I see on my feed, Instagram is actually a great tool for learning about the people I follow. Browsing through someone's pictures on Instagram, you can immediately form some understanding of who that person is and how he/she lives their life. Sometimes, such formulated (and quite possibly accurate) depictions can lead you to form certain, err, *~*emotions*~* toward that person. Then the longing settles in your silly, little heart, and you start imagining all of the great Instagram pictures you guys could be taking together. You're totally not crazy, though, because I'm sure we're all guilty of having at least one Instagram crush. (Right? I hope? Or am I genuinely crazy?). Well, in honor of Valentine's Day and all things love, you should sign up for Glimpse and see if your #Instacrush feels the same way. 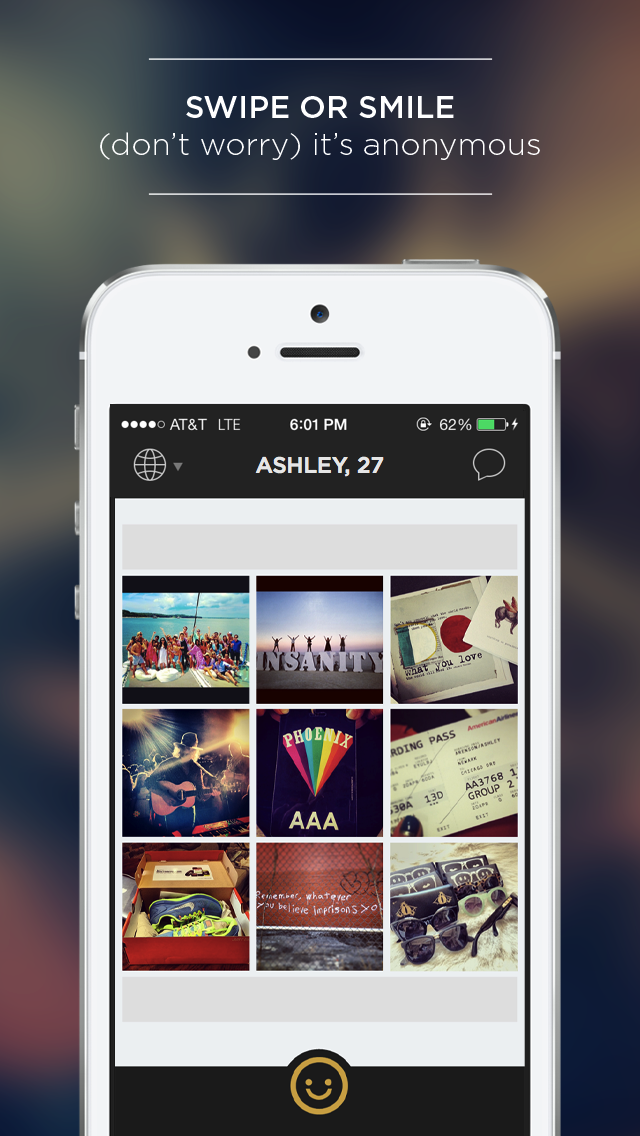 Glimpse is an online dating app for iPhone that matches you with people based on whether you like the stories they're trying to tell about themselves through their Instagram photos. How does that work? Well, each user on Glimpse uploads up to nine of their previously taken pictures from Instagram – pictures that the user feels best represent who they are. These photos are then used as the criteria for whether other people find you interesting enough to want to chat with you. A user indicates interest by simply hitting “smile” on someone's profile. If mutual “smiles” occur, both users are notified and messaging is enabled – this matching and consequent messaging feature is akin to Tinder's.

While the platform launched on Tuesday, Glimpse remains an invite-only app. When you request an invite, though, you can simultaneously (and anonymously) invite your Instagram crush to Glimpse.

“Glimpse started as an experiment,” said co-founder Elan Miller. “I created a new OKCupid profile, and listed my Instagram profile with a one-line bio to see if I could attract people who see the world like me. In the photo section, I added not only photos of what I looked like, but also photos capturing what I get excited about (i.e. trips to music festivals, running shoes, favorite local hangouts). While not scientific by any means, it worked.”

What's great about Glimpse is that it focuses on the innate human proclivity for the aesthete; we're visual creatures who are attracted to images presented to us and are curious about the story behind each one. Despite whatever quixotic notion you may have about love, human action toward confirming whether love can truly exist with someone online can only be impelled by visual stimuli. In a recent Freakonomics Radio episode, having great and interesting pictures (of one's self and one's surroundings) was found to have the greatest success for those engaging in online dating. 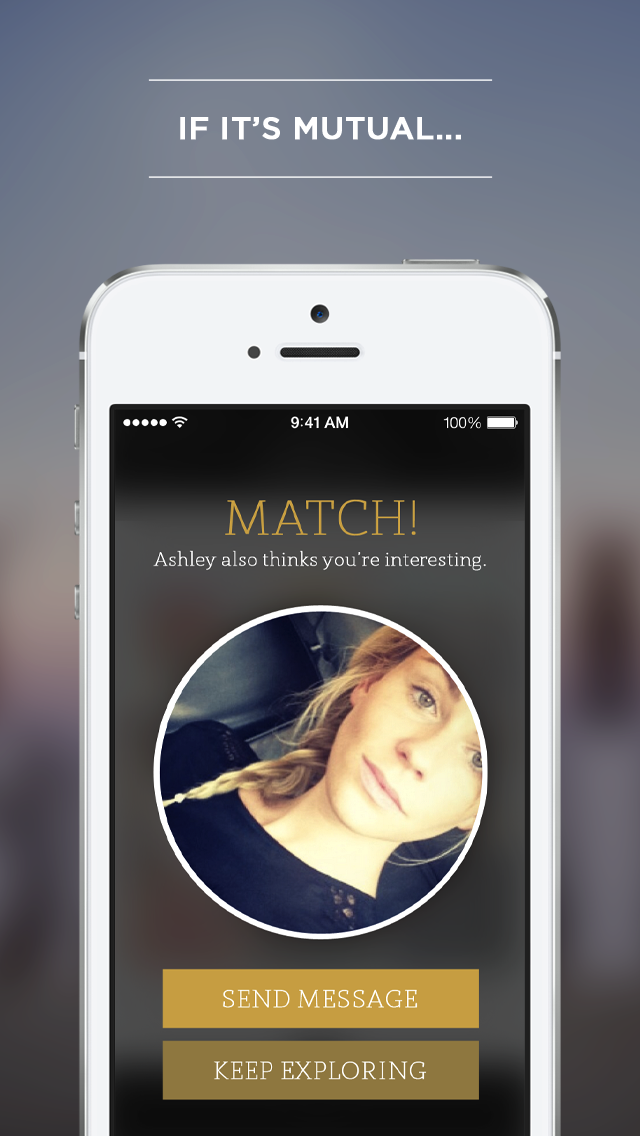 I mean, if you think about, it makes a lot of sense. There's a reason why we don't typically look at other people's interests on Tinder (if you say you do, then you're definitely a liar) and focus primarily on the pictures. Sure, a focus on pictures can be seen as a focus on vanity, but pictures (especially on Instagram) also tell a much greater story. “No matter how hard I tried, my Instagram always said more about me than my dating profile,” said Miller. Every Instagram picture provides us with a glimpse of the person behind the iPhone – what they like, who they are, where they've been, and even how they act – without telling us the full story.

This lingering mystery is important, and I think it's what's at the core of online dating's failure – the constant want for details in order to find a true match takes away from the questions and possibilities that we want to seek out on our own. Glimpse gets this right and it motivates us to get in touch with others because of a genuine interest to learn about what's going on in certain Instagram pictures.

With its Instagram and Tinder elements, I wouldn't be surprised if Glimpse were to debut high in the App Store. Go on and request an invite already, fool.