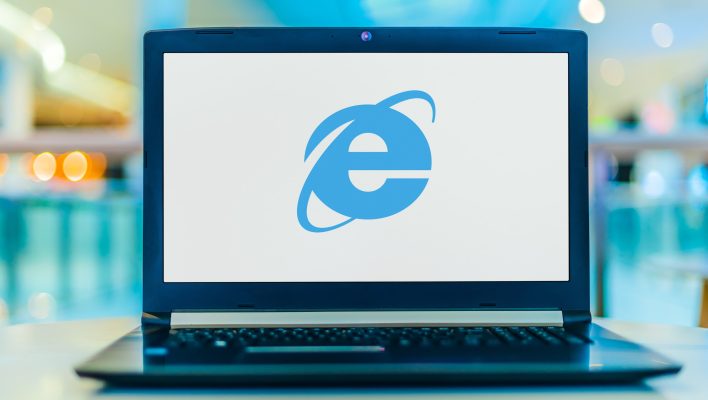 After 27 years of service, Internet Explorer is officially due to retire on June the 15th. But despite Microsoft repeatedly warning businesses to stop using the browser, data suggests that 47% of Windows 10 users are still relying on it to access the web.

With the soon-to-be unsupported browser missing out on critical security updates, if businesses don't update their devices soon, they risk leaving themselves vulnerable to cyberattacks.

Luckily, if you're one of the millions of web users still using Internet Explorer, there's still time to take action.

Internet Explorer Has Officially Been Axed

Internet Explorer has been a staple of the internet since its earliest days. Love it or loath it, the browser has helped millions of users access the web since its inception in 1995. However, following concerns over its security and software compatibility, Microsoft has finally decided to call time on its seminal browser.

According to a blog post released by the company last year, Microsoft will officially withdraw its support for the browser on June 15, 2022 — placing it into permanent retirement.

The application hasn't received an update since Internet Explorer 11 was released in 2013, so to many, the decision to kill of the browser is hardly surprising. However, according to a new report released by Lansweeper, almost half of Windows 10 devices are still relying on the unsupported search engine.

Included in this statistic is a large amount of U.S. businesses.

Since Microsoft stopped supporting Internet Explorer in 2013, the safety and security of the platform can no longer be guaranteed.

Search engines undergo regular updates to remain up-to-date and secure. These updates help protect users from encountering a range of cyber threats including viruses, ransomware, and phishing attacks to name a few.

Once these improvements stop, user data faces a greater risk of being compromised. Therefore, to protect your business's cyber vulnerabilities, moving away from the old-fashion browser is a no-brainer.

Security concerns aside, Internet Explorer also offers a pretty outdated user experience. Software has developed a long way since 2013, and compared to contemporary alternatives, the browser's interface is clunky as best.

And you don't just need to take out word for it. Microsoft has been urging users to stop using the search engine for some time. So, with a multitude of other browsing options available, it's definitely time to move on from the application.

How Can Businesses Browse Safely?

According to Microsoft, the simplest way to move on from Internet Explorer is to download Microsoft Edge. Currently used by 9.54% of desktops worldwide, the streamlined search engine seems like an obvious alternative.

“As previously announced, the future of Internet Explorer on Windows is in Microsoft Edge” – Official Microsoft accouncement

Users who aren't ready to face the browser's departure are also able to access the soon-to-be-retired platform by using IE mode in Microsoft Edge.

Besides switching browsers, users should also update their devices to the latest release of Windows. This will give them access to Microsoft's latest suite of security patches.

As the cybercrime landscape grows in size and complexity, it's also wise for businesses to harness solutions like antivirus software and virtual provide networks (VPNs). For more advice on staying safe online, read our internet safety tips here.