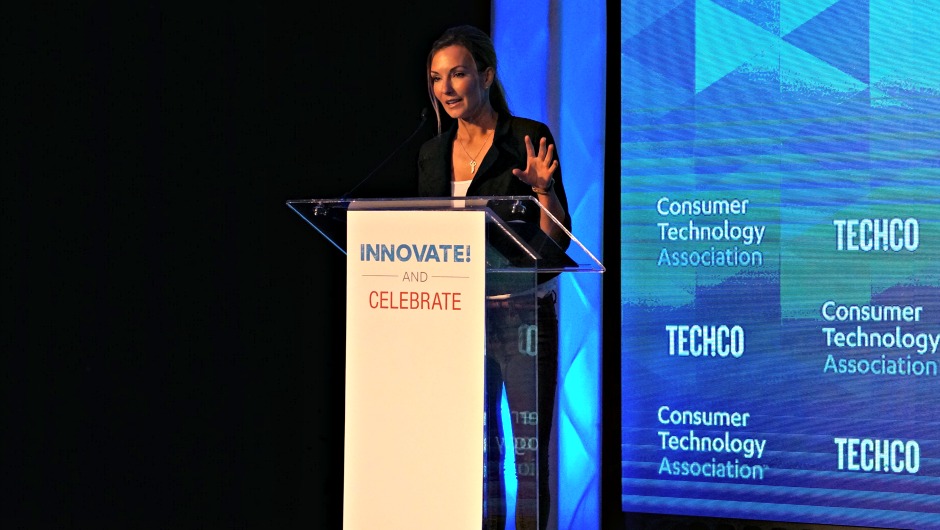 A few months ago, the Klickly team took home two wins at our Innovate! and Celebrate Conference: One from CTA and the other for being among the top startups in this year’s competition.

Klickly, a California-based startup, focuses on improving the effectiveness of ads for ecommerce brands by embedding a checkout flow directly within it.

“Klickly is almost like a one-touch buy button that knows you, the consumer,” said Harris.

Other advertising formats like Google Adwords typically have an image and a call to action, which then leads to a landing page, and then to a checkout. Klickly is different and frankly, a whole lot easier. It contains each step within the actual ad. More simply, the checkout cart is right on the ad.

On top of the shorter checkout flow, Klickly ads also know their users. Through AI, they deliver even more meaningful, relevant, and often deal-driven ads in an effort to increase conversion rates. In an industry where the average conversion rate for generic display ads are less than 1% (.06% to be precise), there is a lot of room for disruption.

While they're still adjusting their systems, Klickly has already achieved a .46% conversion rate, and their AI is only getting smarter. Though that may seem small, multiply that by a 1000 and that’s a drastic improvement to revenue and ROI.

From Acting to Leading

Growing up, many of us have aspirations of becoming astronauts, firefighters, maybe even the president. Harris, however, always knew she wanted to be an actress. Since a young age, she attended some of the most prestigious schools for performing arts, and graduated into one of the top conservatories in the nation.

To Harris, the experience was more than intense. It was an aggressive four years of pure devotion to the craft. No weekends, no parties, no free time; just living and breathing the craft. She also attributes these experiences and the constant competition that comes from trying to break into film to some of her success as a tech founder.

“Let me tell you about the competition in a sea of other actors of 3000 in LA alone,” said Harris. “This startup thing doesn’t really compare. I don’t work seven days a week, I work 6 and a half. For me, what I get jazzed about and care about is being able to make an impact. Tech is a much more scalable and impactful medium for me.”

From prequels to reboots, there is a certain lack of creativity in the film industry now, and to Harris the move into tech allows her to truly craft and create new stories. Like Hollywood, gender also plays a roles when it comes to the challenges and inherent respect Harris is overcoming through her track record of success.

“Roles for women are very constraining,” said Harris. “The stories I want to tell are about breaking the mold and non-tradition. I think tech, if you are talking about storytelling, this is the new storytelling language. That’s how we really connect with people.”

Harris went on to discuss how tech is the new wild west. In the entertainment world, you are constrained to acting out and being the proverbial puppet in someone else's story. The same stories that are being retold over and over again. Tech, startups, and small businesses are the organizations creating new and impactful stories for the world and beyond.

For Klickly, one of the largest challenges Harris faced was building out the solution. Although she taught herself to code, and garnered more interest in the tech world due to involvements with hackathons, their success is tied to a team effort.

“I didn’t do this alone, and I couldn’t code this myself,” said Harris. “I have a killer team of PhDs and masters in their technological backgrounds. I won’t take credit for the tech, but maybe just building the idea and putting the team together. It takes a village.”

Winning Over Investors and the Crowd

As both the winner of the CTA award and being in the top five for our Startup of the Year competition, Harris easily won over both investors and the crowd at this year’s conference. With such a mixed bag of people to appeal to (they got my vote), we were curious how she prepared for pitches.

Harris’ educational background from the acting world played a huge role in her ability to lock in messaging and knockout presentations, which gives her an edge. However, she has three suggestions that are incorporated into her process:

Detail your long-term vision, why it’s cool, and what it does. According to Harris, and many investors in our community, it’s not about the product alone. It’s also about the team and vision behind the it.

“It’s how you will make them a shit ton of money,” said Harris. “It’s unit economics. Numbers hit hard for investors.”

Know what the story is, and have one really impactful, true statistic that you can spit out. It'll put the significance of your product in context for anyone that isn't on board. After all, it's pretty hard to argue with facts.

Whether it’s a demo or a great visualization, have a polished approach to tell your story and what your product does. When it comes to startup success, seeing is believing.