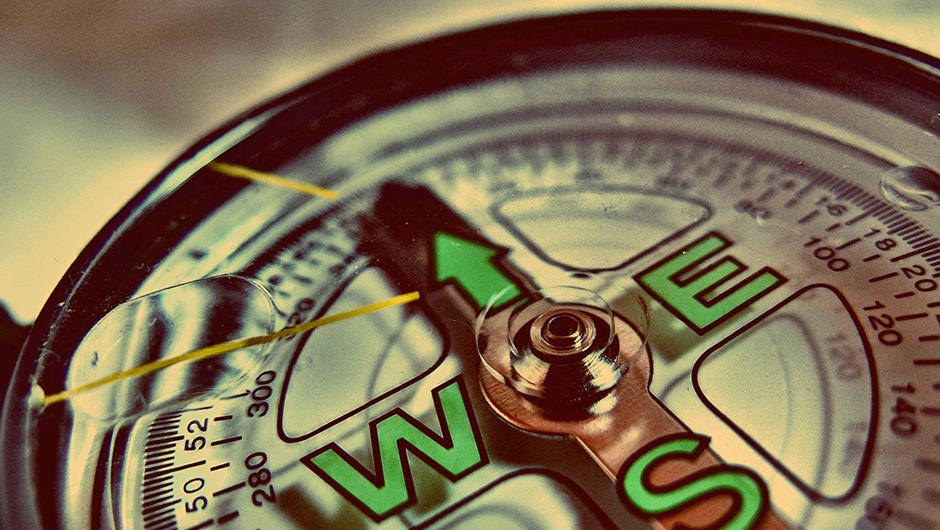 Entrepreneurs spend countless hours preparing for the perfect pitch to potential investors. They’ll sometimes come armed with robust business plans, spreadsheets, decks, and thoughtful projections to back up their assertions about the exact path they’ll take to scale and grow.

This is the fourth in a five-part series by Jean Case on characteristics that every social entrepreneur needs to thrive.

For the investors, these projections often result in a knowing glance around the table. While projections that demonstrate the size of the market opportunity and the path to growth are critical, those of us who have invested in and helped to launch companies also know all too well that business models evolve and often look different down the road than they did at the birth of a new enterprise.

We’ve found that the smartest and most intuitive entrepreneurs read market signals and adapt their products and offerings accordingly. They are nimble, flexible, and understand the art of the pivot. Instead of staying wedded to an early version of their business plan, they are open to new ideas and direction from the market and stakeholders. These are particularly important characteristics for social entrepreneurs who want to build companies that not only bring value to their shareholders, but also benefit society.

Perhaps the most talked about contemporary pivot story starts with the creation of a podcasting platform called Odeo. Thanks to a solid business plan and product specs, the founders of Odeo were successful in attracting early capital to fuel their new company. But, as they began building the company, everything changed: Apple announced it would include a podcast feature in its powerful and well-established iTunes platform, essentially pushing the Odeo platform out of the market.

Almost overnight, the team at Odeo huddled and realized they had to find another application for the platform they had built. They created an employee challenge, and two now-legendary members of the team — Jack Dorsey and Biz Stone — came up with the concept of a micro-messaging and short blogging updates comprised of only 142 characters that could be sent to friends or “followers” on the platform. The new mission — to give everyone the power to create and share ideas and information instantly, without barriers — created the company we know today as Twitter. And their pivot certainly paid off — Twitter now accounts for more than half a billion tweets a day, and a market cap of more than $24 billion.

Starbucks, founded in 1971, was for more than a decade a single store in Seattle that sold coffee beans and coffee making equipment — but didn’t offer brewed coffee to its customers. It wasn’t until the hire of Howard Schultz in 1982 that the idea of a pivot in the business became a consideration. Schultz had traveled to Italy and noticed firsthand how coffee and espresso shops were a significant part of the fabric of the community — a place where people came together and lingered to enjoy the company and fine brewed coffees being sold in the shops.

Schultz’s idea to transition the business to a network of coffee houses was rejected at Starbucks, so he packed up and left to make his coffee bar idea a reality. A year later, convinced he was on to something, he returned to Starbucks as an acquirer and began the business of building a national footprint of coffee houses we recognize in communities across the country. Today there are more than 21,000 Starbucks around the world, and the company boasts a market cap of more than $74 billion.

The ability to stay open to market signals and make changes accordingly — no matter what phase of a company’s lifecycle you’re in — is often the difference between effective founders and those who cling too hard, struggle and ultimately fail to keep pace with changing market dynamics.

Flexibility is crucial — and more complex — for social enterprises

For an enterprise that promises a benefit to society (beyond the important role that all companies play in creating jobs and economic growth), the ability to adjust to changing market dynamics is particularly critical. The stakes are already high for anyone looking to build a significant business — add in a social mission, and you face higher stakes and tradeoffs that are more complex.

First do no harm

In particular, social entrepreneurs must be vigilant to avoid unintended consequences. As you work to positively impact lives and markets, you must ensure that your efforts first “do no harm.” For example, TOMS Shoes learned this lesson as they deployed the earliest iteration of their “One for One” model, finding that in some of the communities where they were seeking to have impact, they were unwittingly displacing local economic activity. In a recent Forbes piece on some of the challenges TOMS faced as it rolled out its philanthropic efforts, Mike Montgomery shared lessons learned and important pivots by the TOMS team to ensure they were on track to deliver the impact they promised the market.

Social enterprises also need to pay consistent attention to their ‘true north’ in terms of the social outcomes that they set out to achieve, and stay open to important changes or pivots required to maximize impact. You may find in the course of building your business that you’ll need to make changes to the business model such as raising prices or squeezing out more efficiency in the cost model to improve the profits that fuel the social impact. Lauren Bush Lauren faced just such a challenge in the early days following the founding of her social enterprise, FEED, whose mission is “Creating Good Products That Help FEED the World.” Since its launch, the company has provided more than 87 million school meals through WFP, UNICEF and Feeding America, largely funded through the sale of FEED bags and other products that are sold through large retailers such as Target and Whole Foods, as well as through boutique chains.

Having achieved early success at getting her products carried by retailers, Lauren faced an important decision point about a year into the relationships, and in the process, learned an important lesson about working with big partners. While many retailers initially agreed to carry her products, as the novelty wore off, some buyers didn’t reorder. While many of the retailers found the mission of FEED worthwhile, they weren’t willing to compromise returns to continue to carry the products. To ensure she remained competitive in important retail environments and meet the needs of her retail partners, Bush Lauren reluctantly raised product prices and reduced her own margins to ensure a high retail demand for her products. The lesson, she says: “You can’t count on your partners to finance your social mission — a sustainable social business has to make bottom line sense for all of its stakeholders.”

Remember that you're testing uncharted waters

In The Innovator’s Dilemma, Clay Christiansen makes the great point that “markets that don’t exist can’t be analyzed.” A majority of social entrepreneurs are navigating markets that are in their infancy and in many cases — testing uncharted waters. As a result, they’re likely to face more pivot points and more complexities.

In the same vein, social entrepreneurs should also take care to evaluate potential investors based on their commitment to both the mission and the bottom line. Investors who are more interested in financial returns than social returns may push you at certain points to make choices that steer your company away from its original mission.

No matter the focus of your social enterprise, or how long you’ve been in business, as a founder you must commit yourself to experimenting, being nimble and staying flexible as you strive for impact in the companies you build. But social entrepreneurs have a harder job than most — you must take both social and financial returns into consideration, and balance the future of both as you adapt and respond to the market.

Jean Case is an actively engaged philanthropist, investor and a pioneer in the world of interactive technologies. Her career in the private sector spanned nearly two decades before she and her husband, Steve Case, created the Case Foundation in 1997. A passionate believer in all things digital and the amazing potential of technology to change the world for the better, Jean and her team focus the efforts of the Foundation around many of the same entrepreneurial approaches she and Steve cultivated throughout their business careers. The Case Foundation is recognized for its leadership in leveraging new technologies and applying innovative approaches to increase giving; catalyze civic and business participation; and promote innovation, collaboration and leadership in the nonprofit sector. Jean serves on the National Geographic Society Board of Trustees, as well as on the boards of Accelerate Brain Cancer Cure (ABC2), SnagFilms and BrainScope Company, Inc. She also serves on the advisory boards of the Harvard Business School Social Enterprise Initiative, the Stanford Center on Philanthropy and Civil Society, Georgetown University’s Beeck Center for Social Impact & Innovation, the Brain Trust Accelerator Fund and the U.S. National Advisory Board to the Social Impact Investing Task Force (SIITF) established by the G8. Jean and Steve joined The Giving Pledge, started by Bill Gates and Warren Buffett in 2010, and publicly reaffirmed their commitment to give away the majority of their wealth to fund worthy charitable causes. That same year, they were named to Barron’s “25 Best Givers” list. In 2013, Jean was named a finalist for the “Most Admired Nonprofit CEO” award by the Washington Business Journal, which in 2011 named her Corporate Philanthropist of the Year. The National Conference on Citizenship (NCoC) also honored Jean and Steve as the 2011 Citizens of the Year. In 2014, Jean was conferred an honorary Doctor of Humane Letters degree from Indiana University Lilly Family School of Philanthropy.