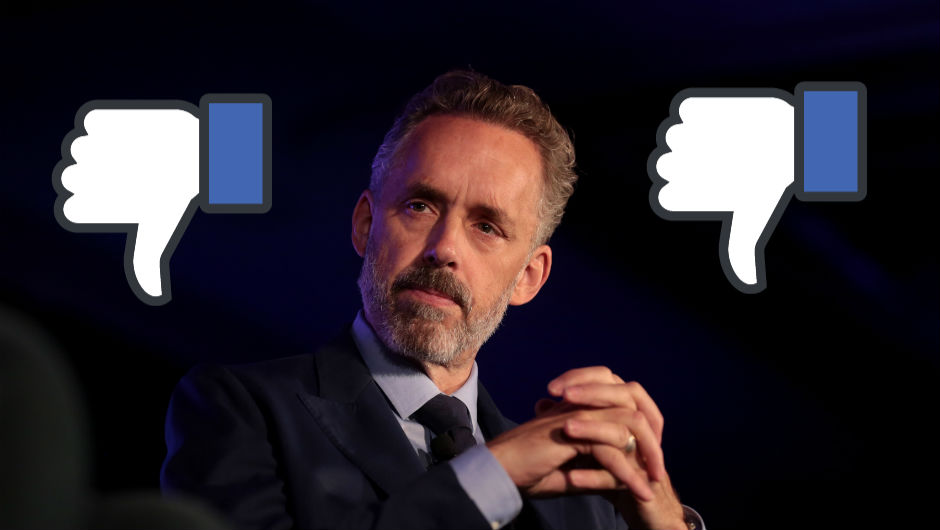 Jordan Peterson announced his new “free speech” media site yesterday, named Thinkspot. From the very outset, the platform feels doomed to fail, given the internet is hardly short of right-wing comment boards, each of which has been marred by controversy.

Peterson’s new social media platform is premised on the idea that there isn’t enough free speech or room for debate on mainstream liberal-controlled social media sites such as Facebook and Twitter.

Peterson made the announcement on Newsbusters.org — a site dedicated to “Exposing & Combating Liberal Media Bias”. The Thinkspot launch marks yet another strange, pointless foray into the world of unfettered online free speech from those who identify as conservative.

Free Speech At All Costs

Thinkspot, according to Newsbusters, will be a subscription-based service. It will, in Peterson’s words “monetize creators,” who will be able to say whatever they like — unless the law gets involved.

“Once you’re on our platform we won’t take you down unless we’re ordered to by a US court of law,” Peterson said on the Joe Rogan Show.

Another quirk of Thinkspot is that there will be a minimum comment length:

“If minimum comment length is 50 words, you’re gonna have to put a little thought into it,” Peterson said, “even if you’re being a troll, you’ll be a quasi-witty troll.”

Thinkspot’s two main features — being able to say whatever you want, while having to be verbose enough to fill fifty words — are based on the idea that regular social media sites are conspiring to censor conservative points of view and promote liberal ones, and encourage “groupthink” at the expense of debate.

However, quite why Peterson and other right-wingers are obsessed with the need to feature on the main social media sites is peculiar. The internet is a large place, and there are plenty of websites willing to host conservative points of view.

The Need for ‘Debate’

Peterson has become incredibly popular in some corners of the internet, on the basis that he is some sort of debating grand master. This all culminated in his two-hour long debate with the similarly internet-popular Slovenian philosopher Slavoj Zizek.

However, Peterson is mistaken if he thinks that the idea of genuine debate appeals to the masses. The idea that debate can lead to a ‘correct’ answer on an issue is, frankly, misplaced. Twitter, for example, is full of exhausting, pointless debate with no end in sight.

What’s more, plenty of people evidently do not want to have their opinions challenged on a daily basis. Peterson, for example, only follows 105 people on Twitter, most of whom tack to the conservative side of the political spectrum — including Mellissa Chen, Paul Joseph Watson, Peter Thiel, and Douglas Murray.

However, these sites have often landed themselves in hot water for hosting illegal activities. 8Chan, for example, was created out of the belief that 4Chan wasn’t free enough, and 4Chan itself was created because it decided Reddit was too restrictive.

As a result, 8Chan has unfortunately found itself hosting child pornography, as well as racist content found on similar sites.

When Thinkspot launches in August, Peterson will become acutely aware of the difference between ‘censorship’ of conservative opinions and the need to remove people from internet platforms.

He might protest that content will only be removed if Thinkspot is ordered to by a court. But realistically, this is a sop to people on the centre-right. After all, US courts are far too busy to act as content moderators for an upstart social media site.

Nevertheless, content creators have signed up to the site already, including Carl Benjamin, the defeated UKIP MEP candidate known online as Sargon of Akkad.

We’ll be keeping an eye on Thinkspot and, if history is anything to go by, it won’t be long until the bad news stories start rolling in.