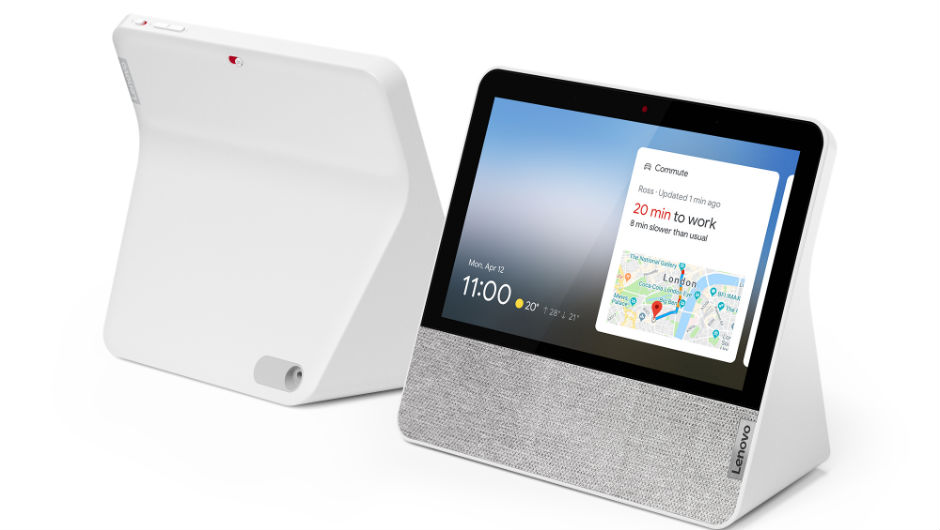 Lenovo has announced a new, smaller Smart Display, plus a couple of new tablets that can double as smart home hubs. The new Lenovo products are designed to suit even smaller homes and apartments.

According to the company, plenty of consumers want to get on the smart home bandwagon, but couldn't find the space for a chunky smart home hub. Enter, then, the new (and genuinely small) 7-inch Lenovo Smart Display and multi-tasking tablets will definitely help you save space.

We spent some time with the devices while we were at IFA. 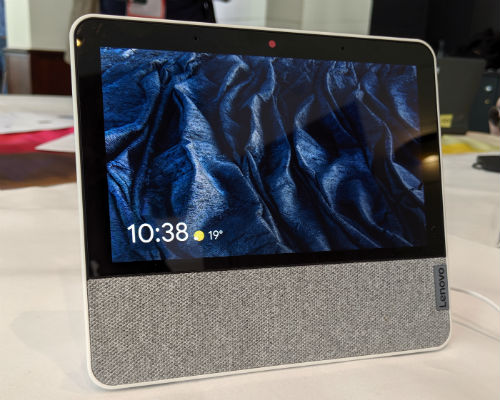 When we tried the original Lenovo Smart Display we liked it a lot. However, with a 10-inch screen and a hefty speaker to accommodate, it was a little on the large side.

The new 7-inch Smart Display, however, is genuinely compact. It stands at just under 7-inches tall and, at only three inches deep, it won't take up too much space on your counters or shelves.

It has dual front-facing speakers, which will help project the sound. We wouldn't expect room-filling noise – it's still small, remember – but, it should definitely do the job.

The Smart Display also borrows the ambient light sensing tech found on the Lenovo Smart Clock, meaning that you won't be blinded when wandering into the kitchen for a midnight snack.

The diddy new Lenovo Smart Display will go on sale in October, and it'll cost €129. 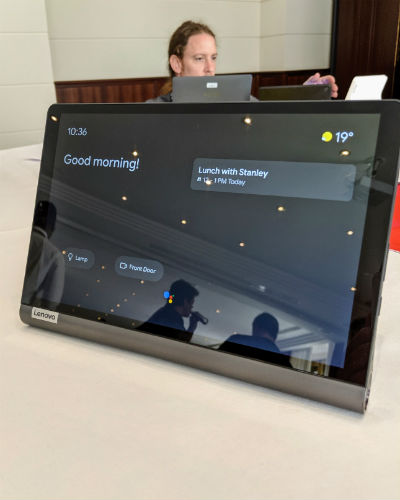 The tablets market isn't what it used to be, but that certainly isn't stopping Lenovo trying to breathe some life into it.

The Yoga Smart Tab promises to be both an entertainment tablet for using around the house, and a smart hub when you're not using it.

Incorporated into its wide cylindrical base is a kickstand which can serve to prop-up the tablet on a counter or shelf.

The Yoga Smart Tab doesn't have the full feature set of, say, a Google Home Hub, but it can still carry out smart hub basics, such as playing music or helping you check the weather.

When being used like a regular tablet, the Smart Tab is a pretty solid device for streaming TV shows or movies, thanks to its 10-inch Full-HD display. It has dual front-facing speakers with Dolby Atmos, so it should sound pretty good, as well.

The Lenovo Yoga Smart Tab will hit the shelves in October, and cost €299. 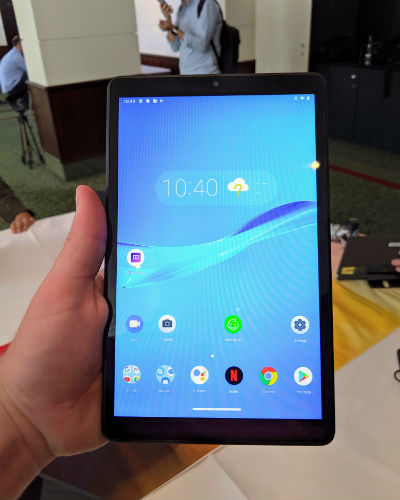 The Smart Tab M8 is Lenovo's answer to the Amazon Kindle Fire tablets and their charging stands.

When you're not using the tablet, you can pop it into its charging stand and use it as a smart hub. Like the Yoga Smart Tab, it'll carry out the smart home basics.

The Smart Tab M8 will cost €149 when it goes on sale in November, so it has an understandably non-premium spec list, including a fairly basic 1280×800 display. However, as you're only going to be using it occasionally, this isn't a groundbreaking issue, and smart home enthusiasts keeping to a budget will still find plenty to like.