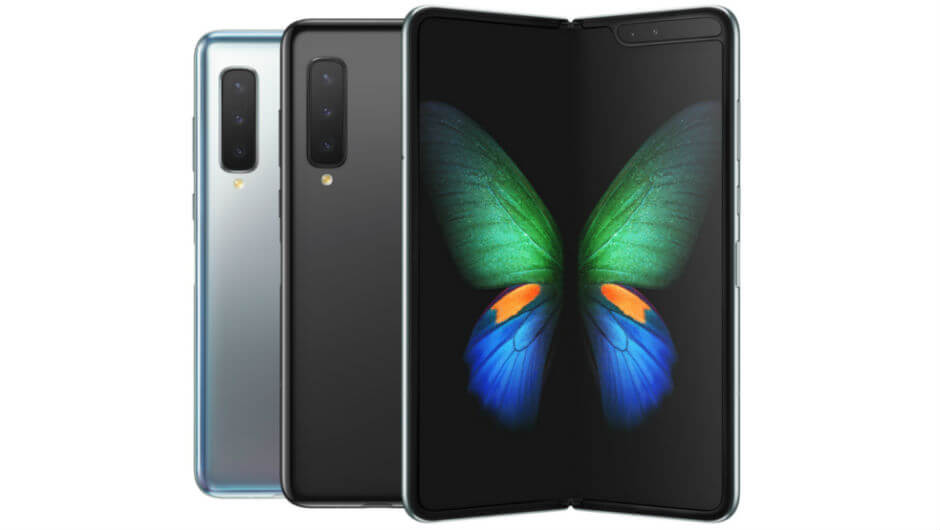 At the IFA technology show today, Samsung presented its much-delayed Galaxy Fold phone – soon to be available in a 5G variant. Alongside this, Samsung unveiled new TVs, an affordable 5G enabled phone, and a new addition to its tablet line-up.

Samsung is no stranger to IFA, Europe's answer to the Consumer Electronics Show. In fact, 2019 marks the company's 50th anniversary of displaying its latest products at the Berlin. So did it pull out all the stops?

Well, sort of. While Samsung basked in its achievements and market position in the presentation, new announcements were somewhat thin on the ground. There was, at least, a phoenix-like rising of the Galaxy Fold, Samsung's (so far) ill-fated folding smartphone.

We take a look at the main tech products Samsung unveiled, and when you can expect them to hit store shelves. 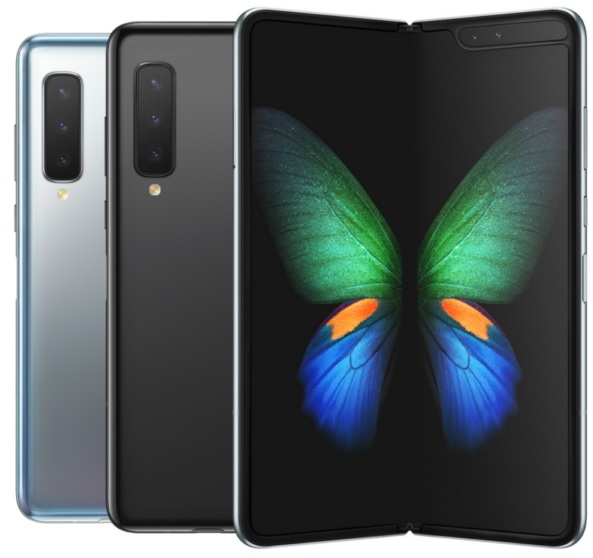 We'd heard rumors ahead of IFA that Samsung would unveil, again, the Galaxy Fold, so it wasn't too surprising to see it on stage. The folding smartphone has attracted a lot of attention this year, and not all of it good. Poor build issues causing it to be whipped back to the drawing board on the brink of release.

With Huawei snapping at its heels to get to market with its own folding phone, the Mate X, there's no doubt that Samsung felt under incredible pressure to get the Galaxy Fold to market quickly, while at the same time making it as stress-proof as possible. We were one of the press outlets that got an early look at the original model, and we can't pretend to be impressed.

The Galaxy Fold is available to buy in its native South Korea as of today, and later in the month in some European countries. There's no word on a US release date yet. It still comes with one heck of a price tag too, costing you $1,980 to be an early adopter. However, if Samsung has successfully tackled design issues of the earlier models, there's bound to be an audience for what could prove to be one of the most innovative smartphones in recent years.

Samsung also announced that there would be a 5G version, so you might want to start saving for that one. 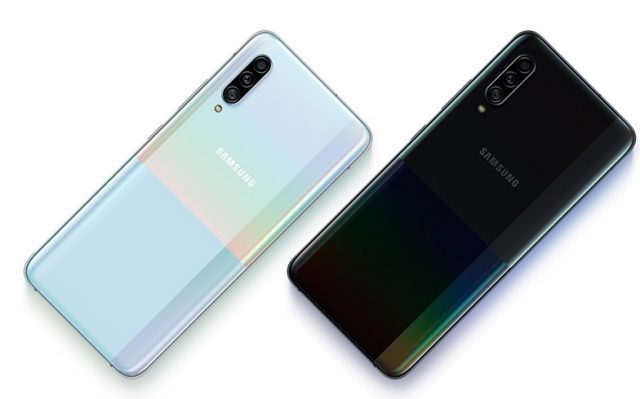 For those that prefer their smartphone screens not to bend, Samsung also unveiled the Galaxy A90 5G, its pitch for a mid-range, 5G-enabled smart phone. Of course, Samsung's premium smartphone offering, the Galaxy S10, already comes with optional 5G connectivity (it's impressively fast too, as we found out in our hands on Samsung S10 5G review). But, at $1,300, The S10 5G's price tag could be a bit too steep for some.

Enter then, the Galaxy A90, part of the A-series, which is Samsung's more affordable range of smartphones. With a Snapdragon 855 processor, 6.7-inch AMOLED display, 4,500mAh battery and 48Mp rear camera, it's no slouch.

It is also the first phone in Samsung's A-series to use Samsung DeX. This enables users to easily move the action from the phone to a monitor or TV. It's also compatible with Microsoft's Your Phone App, enabling users to check notifications, send and receive messages and look at photos, all from a desktop computer.

It dropped in South Korea on yesterday, 4 September, with other countries to follow. No word on price yet, but we'd expect it to be substantially cheaper than the S10 5G…

5G Phones and Networks – when can you join the next generation of internet speeds? 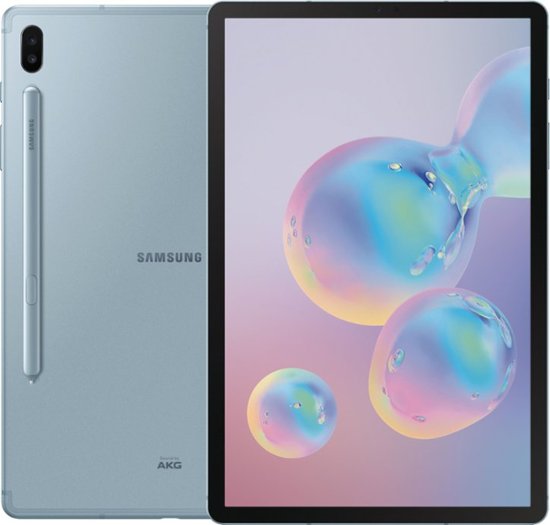 Samsung's latest tablet wasn't much of a surprise – we've known about it since the start of August. But, it's still somewhat reassuring to know that there are still companies out there that feel they can compete with the the mighty iPad by offering an Android-based tablet.

The Tab S6, like the Tab S4 before it, comes with the DeX feature, which effectively turns the tablet into more of a desktop-like experience, with a taskbar and desktop style interface. Users can open several windows at once, and drag icons around the screen with a mouse (although you don't get a mouse in the box). It shows an interesting shift in the way that people are using tablets, with Apple offering similar features in its own upcoming iPadOS.

Again, like the iPad, this tablet is compatible with a stylus. Although, unlike Apple's slab, you get one in the box.

See our guide to the Best Business Tablets 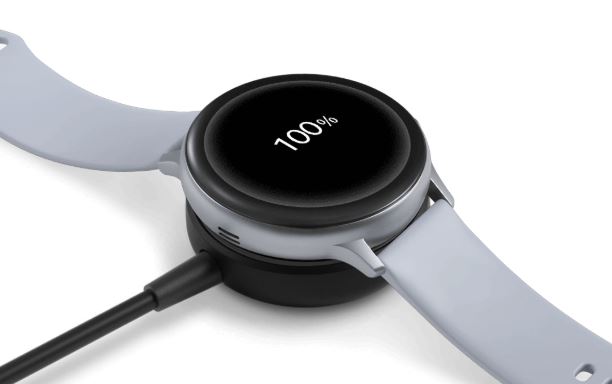 Also due to launch tomorrow is the Galaxy Watch Active2. Again, like the Tab S6, this was officially unveiled in August, but Samsung wanted to remind us about the watch just before its release date.

The original Galaxy Watch Active was only launched in February of this year, so what's new with the Active2? Well, for a kick-off, it's bigger and heavier, although Samsung have narrowed the bezels, giving you more screen real estate, making it easier to read your wrist without squinting.

Samsung has also added more sensors to the Active2 for monitoring your heart rate, doubling them from four to eight. This means that it can now take an ECG reading, which is sure to be a hit with fitness fanatics. While we're talking about features that have already debuted on the Apple Watch, Samsung has also added fall detection, making it a potentially useful device for more vulnerable users.

According to Samsung, the battery will last you the day, after which its a case of plopping it down on the magnetic charging disc so it can recharge overnight.

Check our guide to the Best Fitness Trackers and Smartwatches

There was just one TV announcement from Samsung at IFA, and by Samsung's standards, it was a small one (relatively speaking).

There's no huge surprises with the latest addition, which comes with the same features as the rest of the line-up – but don't worry if you can't get your hands on much 8K content, Samsung assures users that its AI tech will automatically detect lower resolutions and upscale them automatically.

Still, if you want actual, true 8K content to watch on your brand new TV, your options at the moment are somewhat limited.

Among the phones, TVs and tablets, Samsung also showed off its latest home tech products too. Among them, its new BESPOKE (the capitalization is theirs, not ours) fridges, which are designed as modular units that can fit into existing spaces, available with one to four doors. These are due in Europe soon, though there's no word on US availability.

In slightly Jetson-esque tech, there was also the AirDresser, a wardrobe sized device that can refresh clothing.

Also shown off was the POWERstick Jet (again, capitalization very much Samsung's), which promises to suck up an impressive 99.999 percent of dust particles.

Keep your eyes on Tech.co for all the latest announcements from the IFA 2019 Technology Show.