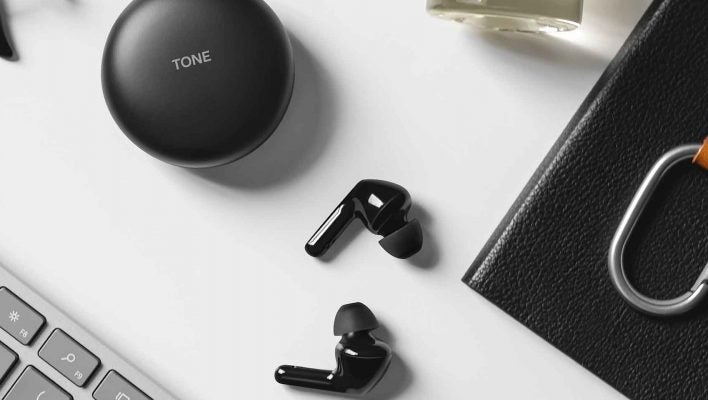 LG has announced that its self-cleaning wireless earbuds are coming to the west.

That's right, LG has developed a set of wireless earbuds that will clean all the disgusting bacteria that builds-up on the earbuds over time as a result of your gammy ears. Sadly, LG hasn't been too imaginative with the name. They're called the HBS-FN6 which sounds like a washing machine.

How Does the Self-Cleaning Tech Work?

To be clear, the HBS-FN6's won't clean any errant earwax that ends up on the in-ear buds.

Instead, when the earbuds are in the charging case, they're bathed in UV light which kills “up to 99.9% of E. coli and S. aureus bacteria” — helping to keep users' ears clean and healthy.

According to LG, typical earbuds can harbor more bacteria than a kitchen cutting board, leading to potential ear infections. Of course, if you've ever had the misfortune to spy someone else's wireless earphones, this might not come as a surprise.

Are the HBS-FN6 Earbuds Any Good? 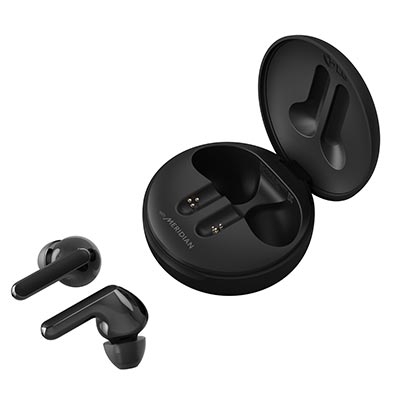 Aside from the self-cleaning tech, the HBS-FN6 earbuds look fairly run-of-the-mill.

They look similar to Apple's AirPods but are available in black or white and the special charging case looks like a small hockey puck rather than an easily pocketable box.

The earbuds themselves have six hours of battery life, while the charging case can hold three total charges for eighteen hours of playback. Those stats are fairly normal for wireless earbuds nowadays.

The earbuds are also IPX4-rated, meaning that they should be more than capable of withstanding any accumulated sweat during a workout or a light rain shower.

Interestingly, the earbuds also feature Voice Command meaning that users can access Google Assistant or Siri from a connected phone. Now, that's not the same as the tech as you see on the Google Pixel Buds or Apple AirPods — the LG earbuds are leveraging your phone's smart assistant rather than having that tech built-in.

Naturally, you can also control music playback and volume by tapping on the earbuds themselves.

It's expected that the HBS-FN6 will cost less than $200 when they go on sale in the US. You can also get a version of the earbuds without the UV cleaning case for a lower price.

Should You Buy LG's New Earbuds?

The HBS-4N6 earbuds are up against some stiff competition.

Apple's AirPods have, frankly, got the edge when it comes to connectivity with iPhones. So, if you're an iOS devotee, we'd suggest sticking with Apple option.

Which brings us onto the Android options. Google's improved Pixel Buds, while they look cool and have Google Assistant built-in, aren't devoid of issues. The battery life could be better as well.

The Jabra Elite 75t earbuds are smaller than the LG offering and offer slightly longer battery life. They'll probably be slightly more expensive than the HBS-4N6 earbuds, though.

Samsung's Galaxy Buds Plus earbuds have brilliant battery life but are only IPX2 water-resistant. They cost about the same as the HBS-4N6 earbuds, as well.

LG's new earbuds look promising but we'll have to get our hands on them before we can issue a final verdict.