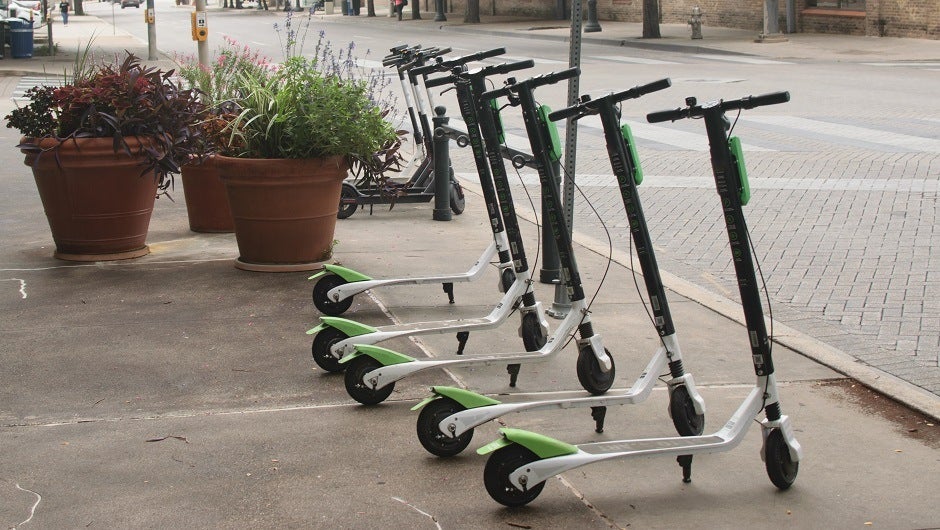 Pranksters in Brisbane, Australia, have hacked the audio files on rentable scooters owned by transportation startup Lime. At least eight scooters had their messages switched.

According to local news, the scooters had their audio messages replaced with more edgy statements, although Lime has failed to see the funny side.

The news follows a series of unfortunate events for scooter companies, from criticism from environmentalists to vandalism.

What Has Happened to the Lime Scooters?

Lime offers dockless electric scooters as a faster way to get around large cities: Users can download a mobile app that helps them locate scooters near them, unlocks them, and charges a set fee of a few cents per 15 minutes of use.

The smart scooters need a little tech to work, including GPS and radio antennae, and one of their elements is an audio component. The hackers took advantage of this software setup in order to swap out the Lime-approved files with their own, more risque alternatives, as local papers reported.

The unauthorized messages included phrases like “Don't take me around, because I don't like to be ridden,” and one, played at the end of a ride, that said “No, where you go?”

In other words, these hackers won't be headlining any stand-up comedy shows anytime soon.

How did Lime respond?

Lime's Queensland public affairs manager Nelson Savanh has responded, making it clear both that Lime is working to address the issue and that he personally was unamused by the incident.

“We are aware that eight Lime scooters in Brisbane have had their audio files changed by vandals recording over the existing audio file with inappropriate and offensive speech,” Mr Savanh told the Brisbane Times. “It's not smart, it's not funny and is akin to changing a ringtone.

“It’s disappointing that someone has taken this opportunity to poke fun at members of the community in a hurtful way.”

A Wobbly Journey for eScooters

The audio hack isn't even the worst PR crisis Lime has faced in Brisbane this year: In January, a reported glitch caused the scooters to lock up while in use, throwing their riders headfirst and breaking a few bones.

Other e-transport startups have faced similar setbacks in recent months: Lyft removed bikes from New York, Washington, and San Francisco several weeks ago due to “stronger than expected” front braking, and vandals in Oakland, California, dumped over a hundred e-scooters from Lime and Bird into a nearby lake last year. One startup, Scoot Networks, told the Wall Street Journal that over 200 out of a total 650 scooters were stolen or destroyed within the first two weeks following a launch in San Francisco. In LA, locals are setting scooters on fire.

Why all the vitriol? Locals say they didn't ask for the scooters and don't want them.

Despite these set backs, e-scooters are on the rise, and there's a thriving industry springing up for those who want to buy an electric scooter.

It seems Lime, Lyft and others are dealing with the same challenges any VC-funded hotshot newcomer faces: Convincing the older crowd that the service they offer is worth buying into, and isn't just change for change's sake. Those who aren't convinced may, apparently, opt for vandalism, software exploits, or even an audio hack that splices in a few questionable jokes.