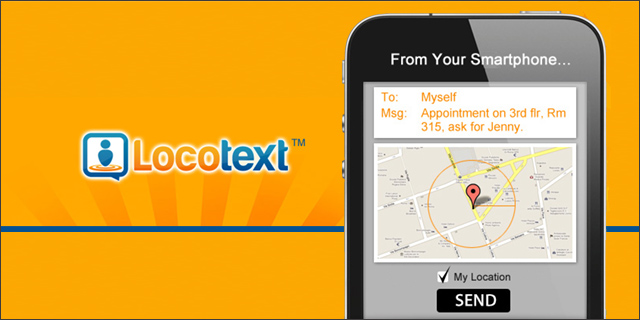 SMS messaging has been the cornerstone of cell phones since before they were smartphones. Anthony Nguyen, founder of Locotext, posed a question to himself one day though: Why has nobody innovated around traditional SMS messaging? What about geo SMS?

“My initial thoughts lead me to really dig into geo-sensing technology,” says Nguyen. “I thought it would be perfect if I could create a geo-SMS app.”

From question to idea to product, Locotext grew into a geo-communications app that lets users communicate using the native GPS in their smartphones. Nguyen has taken SMS and GPS and mashed them together to give the world a whole new way to send messages.

The idea here is to make it quick and easy to create a geo-SMS message. Users input any recipient, regardless of whether they use Locotext or not, and compose a message. Then they set up a geo-fence, a virtual perimeter, around the location they want the message to be triggered from.

When the user enters the geo fence, the message is triggered and sent. It is the sender’s location that triggers the SMS, not the recipient’s location. 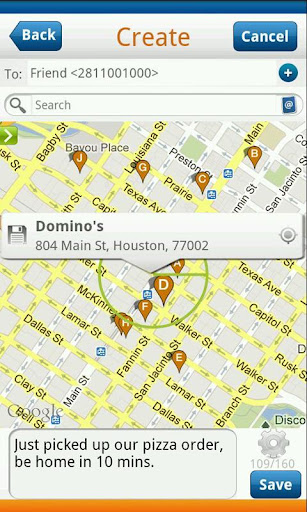 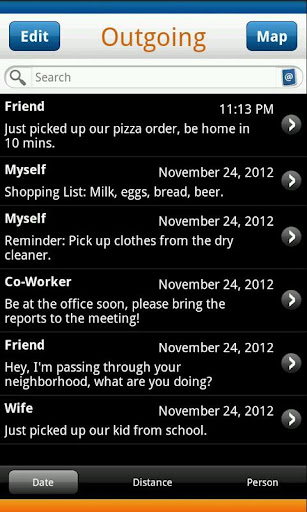 Traditional location-based data fails to pinpoint exact locations of users because it operates via non-GPS sources like zip codes or IP addresses. Since Locotext can pinpoint the precise location of the smartphone, there is no fear of misleading location-based targeting.

“I designed Locotext as a Swiss Army Knife,” explains Nguyen. “It was not designed specifically for any one demographic or function.”

Locotext serves a diverse group of users, specifically those who want to use SMS messaging with the added power of location. For example, people can build ongoing grocery lists and have them sent to their smartphone when they get to the store.

Parents who want to keep a close eye on their sneaky, Twilight-obsessed teen can set up a geo-fence around their house that will trigger a message from the child whenever they leave or get home. Sorry, kids.

Businesses can have a special offer sent to any customer that walks through their geo-fence, so long as they have a smartphone. It is instantaneous marketing in action.

Nguyen has already released Locotext for Android, and he expects the iOS version to be out later this summer.

“The context for all of this comes down to location first,” says Nguyen. “GPS is one of the most impressive features of a smartphone – I want to take it to the next level.”

Locotext was featured at Tech Cocktail's Austin Mixer & Startup Showcase this past April.