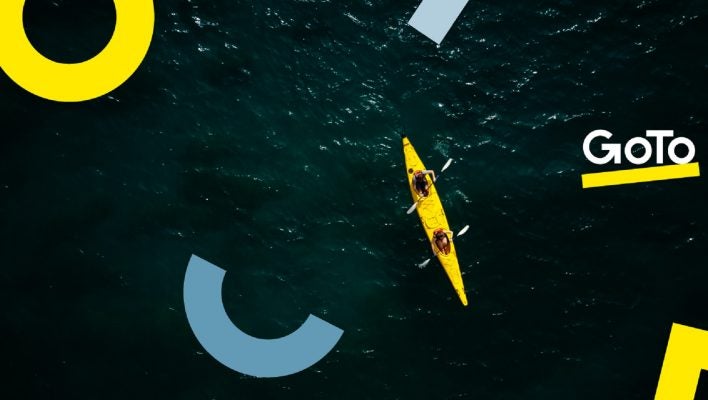 LogMeIn, the company behind the popular remote desktop software of the same name, and password manager LastPass, is rebranding.

The new name for the brand is GoTo, inline with some of the products it already offers such as web conferencing platform GoTo Meeting, as well as GoTo Training and GoTo Webinar.

Alongside the rebrand, GoTo is also launching a new service, GoTo Resolve, an IT ticketing product with a freemium tier.

In a press release on the company's site, LogMeIn announced its company-wide rebrand to GoTo. The change goes beyond a simple name change, with the company taking the opportunity to collect its communications products under one platform.

With the change, GoTo Connect, a new unified-communications-as-a-service (UCaaS) will house the brands collaboration services such as cloud telephony, messaging, training and contact centre features. There's more to come too, says GoTo, with Facebook and web chat integrations on the horizon.

“The unified and simplified GoTo portfolio is well aligned with the way SMBs like to purchase and use the company’s products. Research clearly shows that SMBs typically prefer integrated, easy to use and manage solutions” – GoTo press release

According to GoTo, these changes are designed to better serve its core SMB clients, with the company stating that it has nearly 800k customers, with a billion people making use of its meetings, classes and webinars, and half a billion also using its remote access tools.

Read our review of GoTo Meeting, which offers a free tier

In addition to unifying existing systems under the GoTo brand, the company is also introducing GoTo Resolve, a new service offering IT management and support.

GoTo Resolve will offer multi-platform support, encompassing PC, Mac, iOS, Android and Chromebook. As well as computers and laptops, the service can also offer support for other office devices, including Wi-Fi and printers. As you might expect from GoTo, the package is bundled with various remote access and support tools, which can be used with or without the end-user present.

In terms of security, GoTo Resolve employs a Zero Trust Security Architecture, which makes a second, unique verification mandatory before access is approved.

A ticketing system enables customers and IT professionals to create and manage support tickets from messaging apps such as Microsoft Teams.

GoTo Resolve features a free tier too, although for a more feature rich service, companies will need to contact GoTo directly to obtain a price depending on their needs.

“GoTo and the new portfolio better represent the company and our commitment to SMBs. We understand their particular challenges and have the focus and resources needed to address these pain points to better serve their dynamic working environments.”  - Mike Kohlsdorf, GoTo President and CEO.