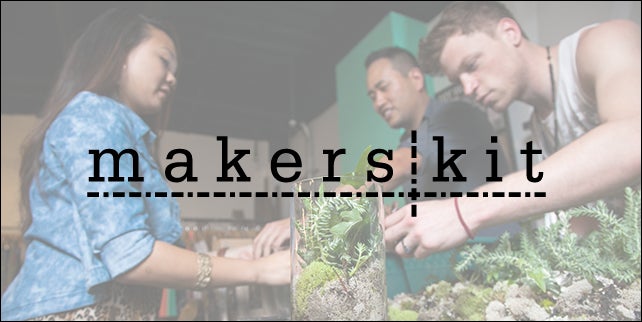 MakersKit, the L.A.-based startup that is helping everyone get involved in the Maker Movement through its do-it-yourself project kits, announced on Monday that it has closed $1.5 million in seed funding. The round of financing was led by Tribeca Venture Partners. Other participants in the round include Bertelsmann Digital Media Investments, Mesa+, Greycroft Partners, and Vayner RSE.

A recent graduate of Techstars NYC's spring class, MakersKit sells various maker project kits – from hanging air plant terrariums to lip balm -and pairs them with entertaining instructional videos. Founded originally to provide live do-it-yourself workshops, it's the company's focus on providing interactive media that has allowed it to flourish. In recent months, retailers like Urban Outfitters and Nordstrom have begun to sell their kits and the company has even partnered with companies like Birchbox.

So far, the company has sold more than 45,000 kits. With this financing, MakersKit hopes to further expand its operations, scale their production, and add to their team.