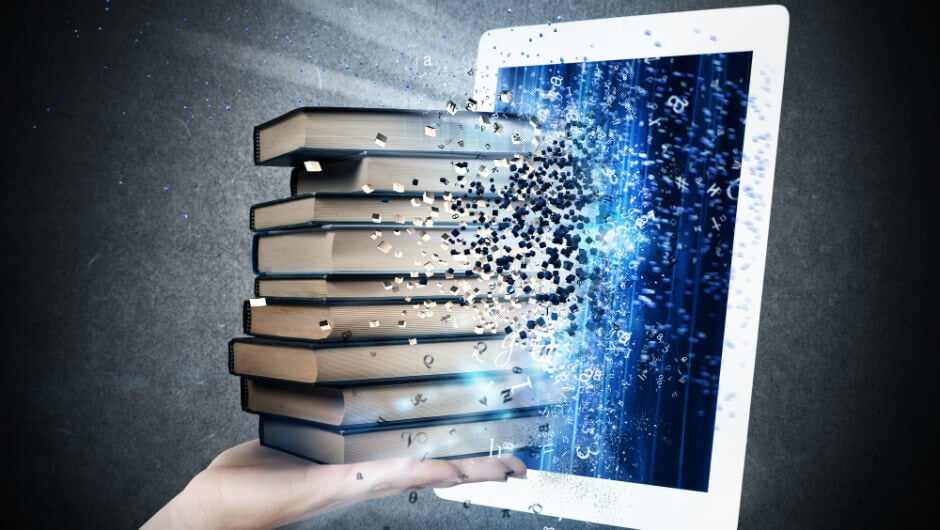 Students are being warned about the hidden dangers of malware and viruses as they head back to college and school this month, with new advice from Kaspersky alerting them to be on the lookout for nasty viruses in unlikely places.

Textbooks and essays might seem fairly innocuous, even in a digital format. But, research from the security software firm has shown that it's not just illegal movie and software downloads that are riddled with viruses, but educational materials, too.

With some textbooks costing hundreds of dollars, it's perhaps no surprise that students might be tempted to seek free alternatives, but as we'll explain below the cost could end up being far greater, should your laptop, or even your school network, become infected with malware.

Headed back after the summer break? See our guide to the Best Laptops for School

The research that was carried out by Kaspersky involved the firm scouring school and student related filenames. Kaspersky used its resources to determine the number of times viruses had been downloaded by users. It discovered that in the past academic year, there were 356,000 cases of attack attempts – that is, malware and viruses trying to infect the users computer.

The vast majority of the examples found came from essays, with 233,00 instances of them being downloaded by more than 74,000 users. That means that on average, those who were downloading essays weren't just doing it as a one-off, but accessing around three each. Understandly, this multiplied the risk of receiving a virus from an infected file.

Textbooks proved the next most tempting download, with 122,000 registered attack attempts. Among them, English textbooks were the most likely to have an infection, followed by maths and literature. It makes sense to go after popular subjects in an attempt to ensnare the most victims. Subjects such as natural sciences and foreign languages were also found to harbor viruses.

The Malware Out to Get Students

According to Kaspersky, the files that are hidden in essays and textbooks vary in their threat levels, with the least dangerous downloading fairly harmless, if unwanted, software, and the biggest threat potentially able to take over an entire network.

Perhaps the most ‘innocent' of the malware, this program will install itself on the victims computer by masquerading as the download for the essay itself. Its natural habitat is those somewhat sketchy sites with huge flashing DOWNLOAD NOW buttons. Hit one, and you won't get an educational resource, but instead a torrent downloader.

This malware hides itself in zip files that contain documents. Once the file is opened, it will launch itself, and essentially fling open the doors of your computer to download other programs without your knowledge. Most commonly included is crypto-mining software, which hogs your computer's resources for the sake of mining digital currency. In isolation, the scammers don't get much. But, at scale, with the program infecting thousands of machines and funnelling the results back, it can prove extremely lucrative. For the student, it means a slow computer, unreliable internet connection, and potentially, high energy bills. The software can also be used to launch advertising programs, which will bombard the user with unwanted adverts.

The ‘clever' thing about this malware is that in theory it can be used to download pretty much any malicious program, opening you up to banking trojans or even ransomware.

Perhaps the biggest threat, Stalk can infect your computer, even if you've never downloaded any dubious textbooks or essays. All it takes is for another person on your institution's network to have downloaded the file, after which it will attempt to spread across the entire school or college system. It can even infect USB drives, meaning it can be easy to unintentionally transmit it, even if your own computer is not directly connected to the network. Once it has made its way onto the user's computer, it's open season. The Stalk worm can not only download more dangerous software to your device, but also send files back to the malware owners, and email your contacts in an attempt to spread further.

Avoiding Malware at School and College

The good news is that with a few steps, its easy to minimize the risk of being on the receiving end of malware:

Avoid downloading from unknown sites: Although it might be tempting to Google the essay you're after and hit the first link, beware. Make sure that the site you are using is one that you recognise. Definitely avoid those sites with the large flashing DOWNLOAD NOW buttons. Oh, and if you're looking to plagiarize other people's essays? Not a good look, even without viruses – plus, plagiarism-checkers are freely available and widely used by colleges and schools. If in doubt, your college or school should have provided you with a list of additional, approved resources and how to find them.

Keep your computer up to date: Software updates might seem like a pain, but they're their for a reason, always trying to stay one step ahead of the latest viruses and pull up the virtual drawbridge before they can get to you. Make sure your computer is running the latest version of its operating system.

Double check downloaded files: Take a close look at the files you've downloaded. Are they actually what they say they are? Some files masquerade as documents, but are actually programs. Check before you click.

Buy or borrow textbooks: There's no doubt that textbooks can be expensive. But, the alternative – malware infecting your computer – could be even more expensive. If cost is an issue, make use of the school or college library to borrow the books you need, or consider second-hand books from Amazon Marketplace.

See our guide to the Best Laptops for College