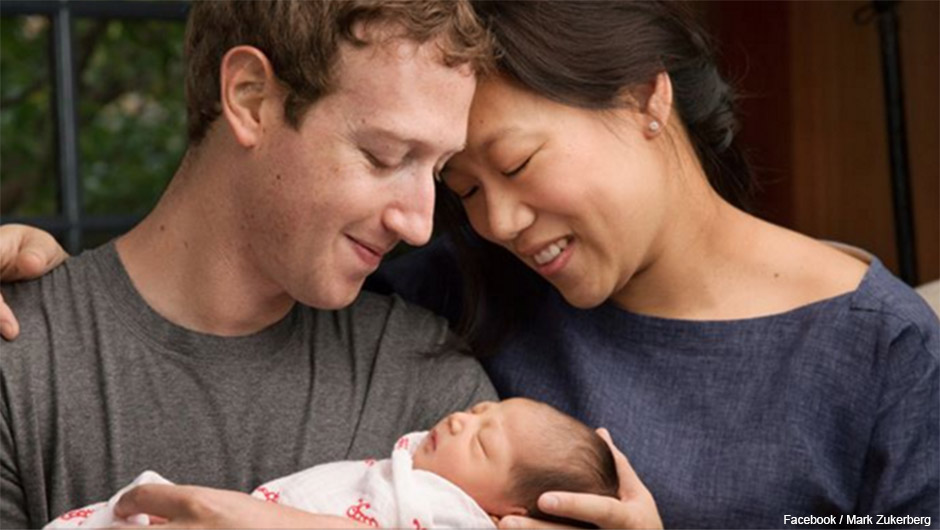 We've got Zuckerberg baby, y'all! In a new Facebook note posted today, Facebook founder and CEO Mark Zuckerberg announced the birth of his first child and daughter, Max. Most shocking, though, the letter states that he and his wife, Dr. Priscilla Chan, pledge to give away 99 percent of their Facebook shares – currently worth approximately $45 billion – towards the Chan Zuckerberg Initiative, which will aims to “advance human potential and promote equality in areas such as health, education, scientific research, and energy.”

“We will do our part to make this happen, not only because we love you, but also because we have a moral responsibility to all children in the next generation,” writes Zuckerberg. “We believe all lives have equal value, and that includes the many more people who will live in future generations than live today. Our society has an obligation to invest now to improve the lives of all those coming into this world, not just those already here.”

This past summer, Zuckerberg made headlines after the announcement that he and his wife Priscilla would be expecting their first child. Penned in a long status on Facebook (naturally), the announcement made waves not so much for the pregnancy in itself (although, that was certainly some great news for Zuckerberg), but more so for Zukerberg's candor and his willingness to open up about he and his wife's past experiences with miscarriages.

Just last week, Facebook announced the expansion of its four-month “paid baby leave” to full-time employees outside of the United States, regardless of that person's gender .