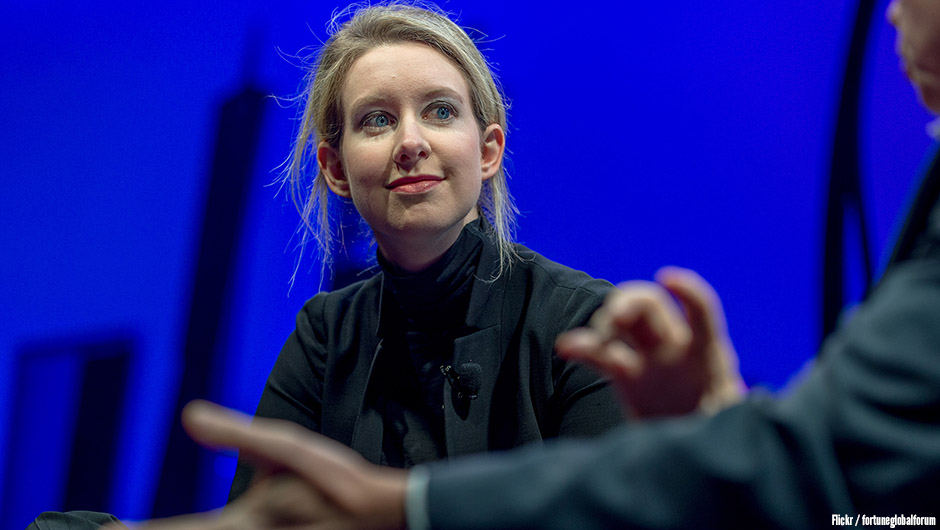 It wasn’t that long ago that Theranos was one of the hottest companies in the medical technology field and was gaining a lot of attention as a Silicon Valley startup to watch out for.

Then The Wall Street Journal came at them hard by questioning the science of the company and its claims to be able to run blood tests on mere drops of blood instead of vials.

Months later, the company is facing criminal investigations, and the FDA may ban founder Elizabeth Holmes from the industry. It’s been a whirlwind of surprise – and it’s also a stark reminder of the perils of investing in Silicon Valley.

There are also lessons that brands can take away from the struggles the company is having and how they’ve responded to the media blowout.

1. Put the Right People Out in Front

Throughout the entire issue, Holmes has been front and center to tackle the inquiries and interviews and hasn’t been afraid to be in the crosshairs. This might be considered a sign of strength where PR is concerned, but that’s not always the right choice.

Instead of taking the hits and being out in front, she should have called on someone with the medical expertise to handle the PR inquiries and be the face of the crisis. Someone who could break it down clearly for the public. That’s because, in this case, the value of the company lies in the science behind what they do.

When that one thing – the core concept of the company – is attacked, then you have to protect it. Without the right person, such as a medical ally, that protection is left up to someone – Holmes – who lacks any kind of medical degree.

The company failed to defend the science. And that’s a significant PR slip-up.

It’s pretty clear that Theranos let the marketing get out way ahead of the product itself.

According to the WSJ article, Theranos wasn’t necessarily using the product it touted and instead was allegedly using existing technology for tests.

It seems like the company didn’t spend an adequate amount of time testing for product-market fit, along with making sure that the product was 100% viable, before pushing forward with marketing.

Before you start marketing anything – be it a product or service – make sure your stuff works.

One of the biggest issues facing Theranos at this point is its lack of transparency. While the company continues to insist on the viability of its product – citing its own studies – it refuses to release any big data.

Researchers from Icahn School of Medicine at Mount Sinai have done their own tests, but Theranos is disputing the accuracy of those tests. At the same time, Theranos continues to refuse to provide its own data.

This is a prime example of why transparency is important. Your audience and customers expect it. If they ever feel like you’re withholding information, then you lose trust – and that is difficult to regain once it’s gone.

Even in the middle of a crisis, you still have a business to run. At one point, Holmes was unable to be reached because she was in all-day meetings with the Harvard Medical School Board of Fellows.

In addition to that, she has continually stood out at speaking events, television interviews, investigative interviews, and more.

You absolutely need to address tough questions from reporters, employees, customers, and even regulators.  But at some point, once the troops have been rallied, you need to focus and get back to work.

It’s extremely difficult to pivot in a crisis and take actionable steps to improve or change when the majority of your time is spent on publicity and PR. You have people (hopefully) to handle that for you. If not, hire the right person or agency that can let you get back to work.

5. Bad Hacks Will Catch Up with You

I’m not claiming to be an expert on Theranos or even that specific industry.

With that said, it stands to reason that if you’re running tests on machines that aren’t the proprietary machines you’ve been claiming to use, then you’re running a bad hack.

Growth hacking is one thing, but bad hacks in business (no matter how effective at the time) catch up with you. You’re just cutting corners.

I’m sure there are parts of older social platforms like Facebook that still have poorly-cobbled PHP from 2008. The same could be said for a big platform like SalesForce. Not updating those bad hacks, or corner cutting, has them leaning on bad practices.

Whether it’s your product, your process, or your marketing deployment, those hacks are going to catch up with you. If you can’t operate without them, you’re in trouble.

You could point back to the old adage of “If it’s too good to be true…” with Theranos. The company spent a great deal of time on hype that caught the attention of a lot of people, but it failed to back up its marketing and actually deliver.

In fact, a number of doctors who reviewed the data for Forbes unanimously said that the world isn’t ready for this kind of change until Theranos makes more of its own data public.

“I’d be very reluctant to use Theranos based on this study,” said Edward R. Ashwood, Professor and Vice Chair for Clinical Pathology at the University of Colorado in Denver.

When you’re creating a marketing strategy, don’t stretch the truth. Focus on ‘help over hype.’ Focus on the real value, and the real benefits. Anything beyond that will cost you dearly if you’re unable to back it up.

7. Have a Social Strategy for Managing a Crisis

What it’s not doing is responding to the barrage of comments and questions from visitors.

Complete and utter silence disengages you from your audience. It erodes trust and makes people feel like you’re hiding something. Take the time, before a crisis occurs, to create a social media strategy that clearly defines how these types of incidents are handled, and who will be responsible for owning them.

Has your company learned any valuable lessons as a result of the PR fallout around Theranos? Let me know your thoughts in the comments below.

Aaron Agius is an experienced search, content and social marketer. He has worked with some of the world’s largest and most recognized brands, including IBM, Coca-Cola, Target and others, to build their online presence. See more from Aaron at Louder Online, his blog, Facebook, Twitter, Google+ and LinkedIn.