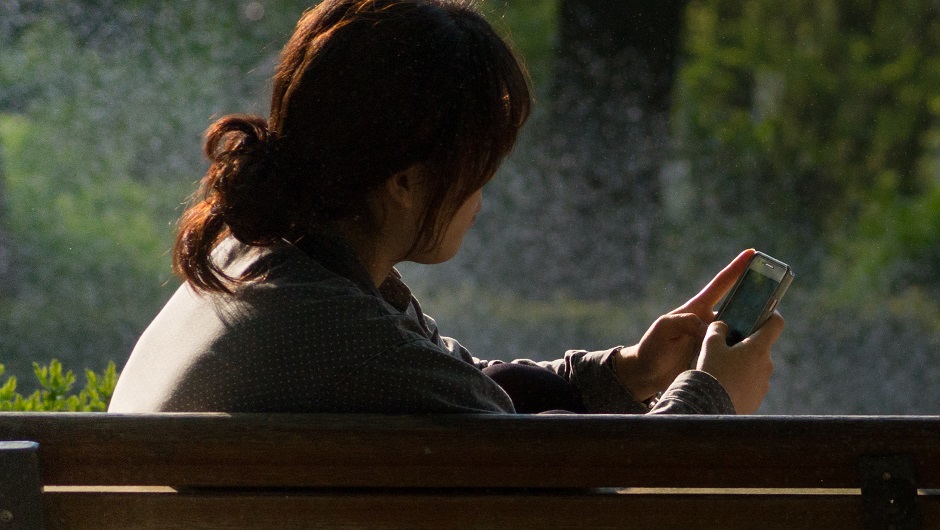 Venture capitalist Mary Meeker just released the much-anticipated annual analysis, the 2016 Internet Trends Report. One of the most important items to note from the 213-slide report is just how quickly the definition of the word “internet” is changing. Webpages and platforms aren't going anywhere, but the sheer size of messaging app growth is amazing.

From 2011 to 2015, the monthly active users across WhatsApp, Facebook Messenger, and WeChat have grown significantly faster and higher than the same metric for social networks like Instagram and Twitter. WhatsApp alone has topped 1,000 million users per month, but all three platforms are over 600 million by now. 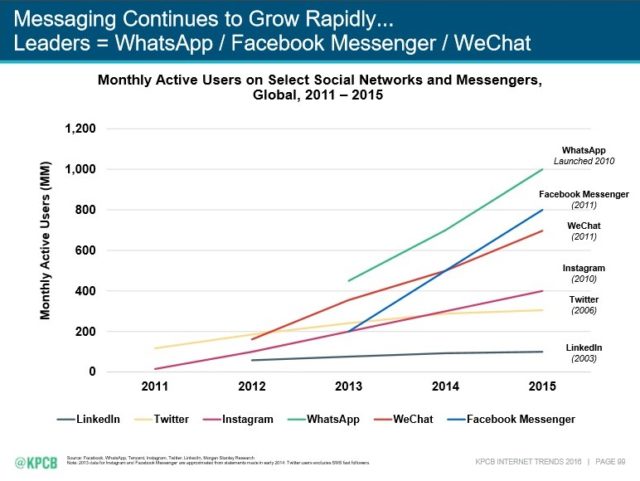 The section on the apps, titled “Messaging — Evolving Rapidly,” notes that the evolution has included more and more nuanced forms of expression, as mere emojis have led to Facebook Messenger's gif keyboard and Snapchat‘s lenses, both introduced in 2015. This growth has boosted messaging apps from social conversations to business-centric interactions. Asia-based apps in particular, like KakaoTalk, WeChat, and LINE, have branched out services to function as debit cards, grocery delivery, or

Naturally, brands have noticed. Barbie and Uber are just a couple of the weirder brands you can find getting into the chatbot game: messaging apps need a back-and-forth, so brands need to be able to automate the process.

Facebook, which owns both Facebook Messenger and WhatsApp, is probably pretty happy about the massive shift towards their platforms. But it means the world is looking towards an increasingly closed internet: Messages can't be read by everyone. This offers more privacy, but fewer options for interactivity or serendipity.

Also worth noting from Meeker's report: voice-activated interfaces are posed to take off. We may soon live in a future in which we talk to our cars and gadgets while tapping out messages to our real-life friends.