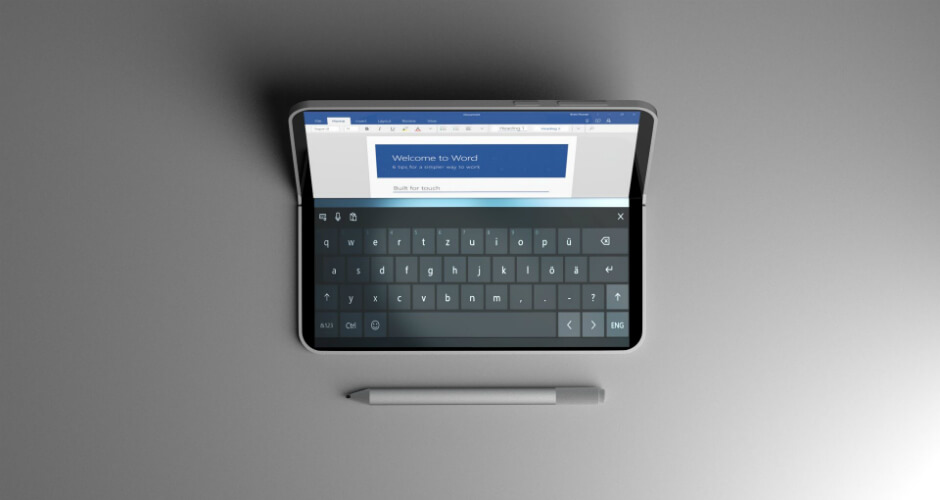 A number of leaks have emerged over the past few days suggesting Microsoft is working to develop a new type of Microsoft Surface mobile device that would further blur the lines between a phone, tablet and laptop.

Emails obtained by The Verge detail the new device – known internally at Microsoft as “Andromeda.” These claim that it will feature two folding screens, a stylus and a processor designed primarily for phones and tablets. All these elements combined would make Andromeda a “new and disruptive” device, according to the leaked emails, at least.

Solid details have been scarce, especially when it comes to availability. But, according to The Verge, the Andromeda device is identical to renders created by designer David Breyer. If these renders are as accurate as Breyer claims, then Andromeda should be a good-looking, narrow, tablet-style product that should fit in your pocket.

Does Microsoft Have a Game-Changer?

While it does look impressive, the Andromeda is far from unprecedented. In fact, the only novel aspect of the device is the folding screen. This means you should be able to use the phone with one screen folded on top of the other, or with one screen acting as keyboard or a games controller. These modes are demonstrated in Breyer’s render. You can also display content across both screens. 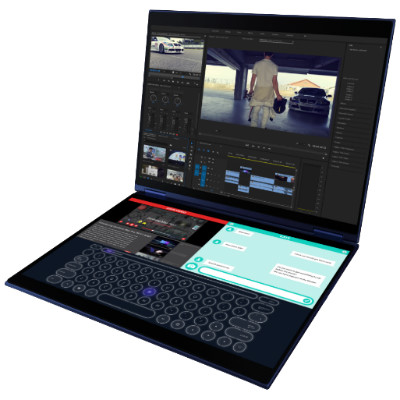 However, Microsoft is hardly first to the punch. Asus recently displayed a true dual-screen laptop concept at its Computex show earlier this year. Known as Project Precog, the Asus laptop has been developed in conjunction with Intel – who have been developing processors specifically for this type of machine, giving it some real hardware kudos.

In fact, Asus is so confident in the viability of Project Precog, the Taiwanese brand announced that we should be able to buy the dual-screen laptop next year.

The pocketable design isn’t all that new, either – it’s been tried, revised and resigned to the archives before. Back in 2009, Sony announced the Vaio P series – a range of tiny, 8-inch laptops that could, when folded up, easily fit in someone’s (relatively capacious) pocket.

The Vaio P series sounded great on paper, much like the Andromeda. But it had several critical flaws – most notably the quality of its small 8-inch display. It came with a high 1600×768 resolution, but was almost unusable in day-to-day action, and was further let down by agonizingly slow running speeds. The Vaio P was also expensive, costing over $700.

However, Sony was undeterred by the Vaio P’s failings, and pressed on with its ill-conceived pocketable computing adventure. It launched a true dual-screen tablet, known as the Tablet P, in November 2011. It borrowed the Vaio P’s hinge mechanism and used the Android Honeycomb operating system.

Again, it was a commercial flop. The Tablet P cost an unappealing $599, and it was pulled from sale after less than a year on sale.

Probably not. Today’s smartphones are already, and excuse the cliche, “computers in your pocket”. In fact, the development of larger, more powerful smartphones has acutely affected the sales of tablets in recent years – a great irony, given that many were touting the end of laptop given the initial rapid adoption of tablets.

Gaming might be an application for the Andromeda, but given Microsoft pitches its Surface line at professionals, this would be a very off-brand step.

Phones designed specifically for gaming are on the rise, as well, with Razer and Asus launching their gaming phones this year. And, if you really wanted a gaming device that goes in your (large jacket) pocket, you could do a lot worse than buying a Nintendo Switch.

Microsoft Surface on the Rise

While Microsoft’s Surface line has been a success story, seeing sales increasing by 32% year-on-year in the last quarter of 2017. Critics and consumers alike have taken a shine to the Surface Pro tablets, Surface Book 2-in-1 and the Surface Laptop. However, the same can’t be said for its smartphone line up in recent years.

Microsoft resolutely failed to convince the market to adopt Windows Phone, losing irrecoverable ground to Android and iOS devices. It stretches more than just your pocket to believe Microsoft will make an easy success of a similarly-sized device with Andromeda.

German tech website WinFuture is reporting that a new Microsoft “portable computing device” has gone through FCC (Federal Communications Commission) checks in the US.

We should expect a 10-inch screen, a USB-C port and potentially, an Intel-based processor which should make it faster than the current iPad which uses a mobile processor.

To be clear, we can't be certain that the details uncovered by WinFuture are accurate. And we can't be certain whether this smaller Surface will actually see a retail release. However, FCC filings are generally followed swiftly by product announcements – so watch this space.

Read more about gear and gadgets on TechCo