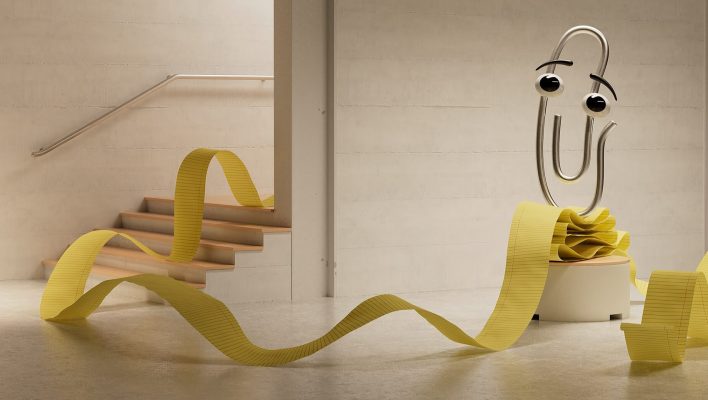 In a move that is bound to appeal to budding action heroes everywhere, Microsoft has announced that it will soon be bringing a walkie talkie function to Teams.

Although the functionality has been available on Android devices since early last year, it's finally getting rolled out to other devices this September.

Microsoft claims that the feature will allow front line workers to carry fewer devices, as well as lower security risks from speaking over unsecured channels. It has also added some classic backgrounds to Teams, including the nostalgia-inducing virtual assistant, Clippy.

The feature is primarily aimed at front line staff, and can replace the need for separate physical devices, as well as provide a more secure way to speak to colleagues.

“[The walkie talkie feature] reduces the number of devices employees must carry, and lowers costs for IT. Unlike analogue devices with unsecure networks, customers no longer have to worry about crosstalk or eavesdropping from outsiders,” read the Microsoft blog post.

Another benefit of the feature is that unlike traditional radio-based devices, it's not restricted by distance, meaning that colleagues can speak to each other whether they're in different rooms or different states.

According to the Teams roadmap, users can expect to access the walkie talkie function in September.

Microsoft Resurrects Clippy from the Dead

As if the news that your office phone is about to be transformed into a walkie talkie wasn't enough, it also turns out that Microsoft is bringing four “classic” themes to Teams as new backgrounds. Just how classic you find these will depend wholly on your age, but we'll break them down for you:

Clippy: An animated paperclip, now much-memed, that used to dispense advice from within Microsoft Office. No Clippy, I promise you, I am not trying to write a legal letter.

Solitaire: Before we had the internet to distract us at work, we had Solitaire. It might not look like much, but the cards bounding from the page when you won could cause a dizzying high to many office workers.

Landscape: The lush, green, rolling hills of the default Windows XP background. Later the Teletubbies moved in and ruined it with a housing development.

Paint: Microsoft's default art program, that has been a staple of Windows since its inception. Your thirty-something co-worker still uses this because they're scared of Photoshop.

If you're feeling nostalgic, you can download the set directly from Microsoft.

The Rise and Rise of Microsoft Teams

We can't help but be impressed with the proactive approach taken by Microsoft with Teams, through its continued support and adding of features. Hardly a week goes by without a new feature being added, often at the bequest of users themselves, through the active Teams forums. The company also has an active roadmap, where you can keep track of what's on the horizon.

Of course, the pandemic has seen a huge rise in the number of us using video conferencing services such as Teams. Early on, newcomer Zoom entered the industry and looked set to shake things up, and while it has certainly had a meteoric rise, it's popularity has had a knock on effect through prompting its competitors to up their game.

We think Microsoft Teams is one of the best videoconferencing platforms out there, giving the likes of Google Meet and Zoom a run for their money.

Check out our detailed comparison for more information.