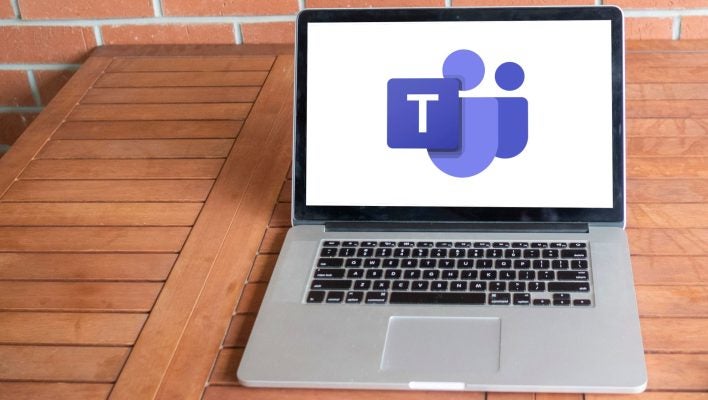 Mac users looking to get their collaboration on are rejoicing today: Microsoft Teams announced that it is now fully optimized for Apple devices with the new M2 chip.

One of the primary benefits of Microsoft Teams is that it is constantly being updated. Whether you're waiting for a specific Teams feature or just compatibility with a certain device, Microsoft is quick and happy to update the platform to accommodate user demands.

One such update has just hit the Microsoft Teams platform too, and it's adding some serious functionality for Apple users with a brand new device.

According to a blog post from Microsoft, the company has launched a native version of its Teams client that will work more effectively with Apple devices sporting the new M1 and M2 chips. How is that going to impact your work on the popular collaboration platform?

“For Mac users, this means a significant boost in performance, ensuring efficient use of device resources and an optimized Teams experience even when using multiple high-resolution monitors during calls or meetings,” said Anupam Pattnaik, a member of the Microsoft Teams product marketing team in the post.

To say this improvement has been highly requested from Microsoft would be a dire understatement. Users have been vocal on the company's feedback portal, asking for Microsoft to get this compatibility rolled out as soon as possible. So when can you expect to see the change yourself?

When Will Microsoft Teams Work on M2 Chips?

While Microsoft Teams is officially compatible with M2 chips right now, the roll-out will be gradual for most, rather than immediate. After all, you don't want to crash a system with a wide launch that the servers can't handle.

“The generally available (GA) version of the native Teams app on Mac with Apple silicon is being rolled out to customers in increments over the coming months,” said Pattnaik.

If you're a bit impatient to get Microsoft Teams working on your Apple device that has an M2 or M1 chip, we don't blame you. Fortunately, there is a beta available that you can take advantage of to get started right away. Otherwise, the official version should start hitting devices in the coming months.
Share this post
Did you find this article helpful? Click on one of the following buttons
We're so happy you liked! Get more delivered to your inbox just like it.