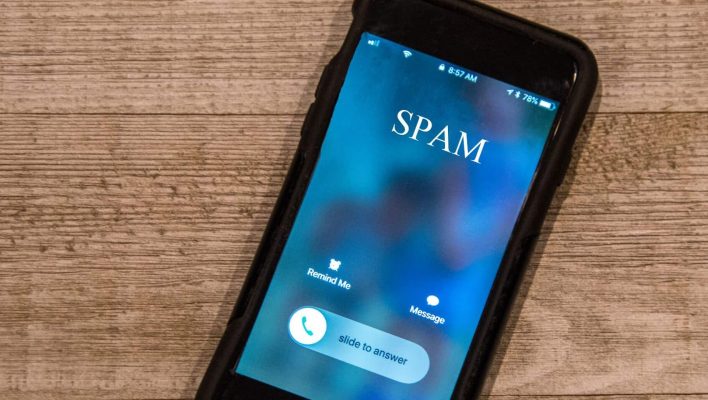 Pesky robocalls won't be interrupting your team meetings anymore, as Microsoft Teams just announced that the productivity platform will now identify spam calls for you.

With hybrid and remote work becoming the norm, anything that impedes productivity needs to be addressed. Spam calls certainly fall into that category, as every call needs to be answered at a business and unfortunately, the majority of them in 2021 are trying to sell you or scam you.

Fortunately, Microsoft Teams is doing something about it, as the business communication service has made identifying and ignoring spam calls easier than ever.

Not so much as announced as merely present in the Microsoft Teams product road map, the platform should be getting an update soon that will allow users to swiftly identify and reject spam calls before they become too much of a nuisance. Here are the specifics from the Microsoft website:

“The spam call notification feature automatically evaluates incoming calls and identifies probable spam calls as ‘spam likely' in the call toast. Users still have the option to answer or reject the call, and all ‘spam likely' calls (regardless of whether they were answered or rejected) will also be reflected in the call history list.”

The product map states that the update should be rolling out sometime this month, so keep an eye out for this new feature to improve your overall productivity.

If you're scratching your head in regards to how a spam call can get through to Microsoft Teams — a popular web conferencing and project management platform — we get it. However, what you might not realize is that Microsoft Teams offers call sending and receiving on the software. Dubbed Microsoft Teams Phone, this offering became exceedingly popular during the pandemic, providing team members with an avenue to access business lines without actually being in the office.

The Scourge of Spam Calls

Yes, spam calls are incredibly annoying, but the reality is they wouldn't be that much of a burden if they didn't happen so often. Unfortunately, studies show that Americans received over 50 billion spam calls in 2020, representing a continued climb in the pesky practice.

To make matters worse, more than the majority of these calls are not only spam, but are actually scams designed to siphon money and personal information from unsuspecting recipients. In fact, 38% of spam calls actually lost money in 2020, and the average cost was around $182 per interaction.

Simply put, the spam call problem in the US is more than just an annoyance; it's a serious problem that needs fixing. And while Microsoft Teams certainly won't be the nail in the coffin for spam calls, it's at least a step in the right direction for an increasingly popular platform used by businesses all over the country.

Microsoft Teams for Your Business

We aren't kidding when we say that Microsoft Teams has become popular since the start of the pandemic. The free business communication platform is a web conferencing tool and a project management service all rolled into one, and it's been consistently improving throughout the last year.

From end-to-end encryption to hybrid work features, Microsoft Teams has utilized the considerable resources at its disposal to catch up to the likes of Google Meet and Zoom.

In so many words, Microsoft Teams is a great option when it comes to transitioning your business to the new normal, and this new spam call feature could do a lot to help you avoid some of those pesky calls.