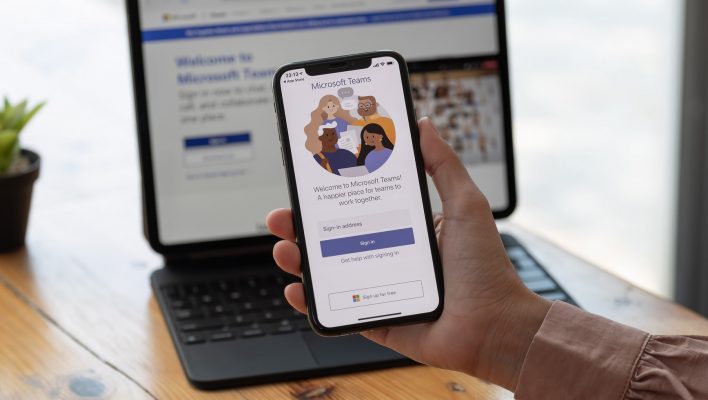 Appealing to its multinational audience, the service allows users to engage in meetings in multiple languages by connecting them to a wide range of professional interpreters. The feature is supported by Interprefy, a remote cloud-based technology that has already been providing its interpreting services to Zoom for over a year.

The update comes just weeks after Teams allows users to enter calls faster and add a local time to their user profiles.

Video conferencing software allows users to connect from all over the world. Thanks to this recent software update, Teams’ users can now do so in their native tongue.

The new add-on feature gives meeting organizers the option to select a language of their choice, before linking them up with a vetted professional who helps translate the meeting. This update relies on Interprefy’s network of skilled interpreters and allows users to communicate with other participants in their own language, in real time.

Up until now, Microsoft Teams users had access to KUDO, a multilingual live interpreting service. By granting users access to both KUDO and Interprefy, Teams translation services now rival that of software giant, Zoom.

This announcement shortly follows the development of a Teams live caption feature that was designed to improve accessibility on the platform.

Live captions display a meeting transcript in real-time, helping users to follow the thread of conversation easily. This popular feature is also offered in a range of languages including German, French and Spanish, making meetings more accessible to those who speak different languages as well as those who are hearing impaired.

As it currently stands, live captions are kept behind a registration wall, meaning that the feature isn’t available to all. This update aims to resolve this by expanding the use of the live caption feature to all users.

Is Microsoft Teams The Best Solution For You?

Video conferencing software makes connecting with employees a reality, even if your teams aren't all working in the same space. With the increase in remote and hybrid working over the last couple of years, many of us have found that the concept of the ‘meeting room' has gone virtual, with participants coming together from various locations.

Video conferencing needn't be expensive. If you're looking for a cost-effective way to connect your global team, Microsoft Teams could work well for you. The free service offers a slick, user friendly interface and facilitates meetings for up to 300 participants. It also offers seamless compatibility with Microsoft365, which is an asset to companies that already using the software.

In terms of overall quality and ease of use, however, Microsoft Teams falls slightly short of its competitors. According to our research, the top spots are currently reserved for GoToMeeting and Zoom. Obviously though, every business is unique and has different requirements. So if you're still unsure which platform to opt for, we've compiled a detailed table below that ranks the best solutions on the market below.