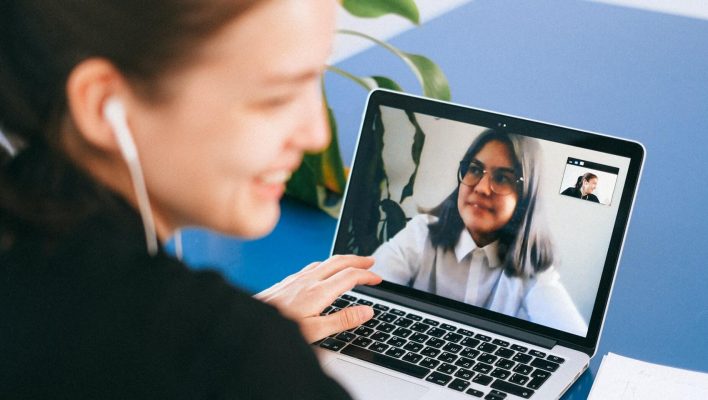 A new Microsoft Teams update has finally addressed one big but largely unspoken problem behind all the video calls that are an increasingly unavoidable fact of modern life. It will let users hide their own video feeds from themselves, while still remaining visible to all the other participants in the call.

In other words, your video still look exactly the same to everyone but you, and you finally won't be tempted to spend the entire call zoning out because you're focused on keeping your mouth closed or adjusting your hair.

But what are the psychological implications here? And, more importantly, does agreeing to hide your video feed mean that you'll start keeping your mouth open like a weirdo?

Teams quietly debuted the feature as part of its product roadmap, with plans to roll it out for general availability worldwide across both web and desktop in November 2021. It's currently in development and testing rather than even starting the roll-out stage.

In Teams meetings up until now, each user's video would be displayed to them in the bottom right-hand corner of the meeting display. The updates gives users a simple option to hide that video.

Microsoft Teams is also working on another update, also coming November 2021, that will allow users to pin their own video during Teams meetings, ensuring they see themselves at all times.

The Case For Hiding Your Face On Camera

Microsoft must have gotten a number of requests for this feature, and it's easy to see why. I know I've caught myself randomly staring at my own appearance during video calls. An informal poll of my co-workers (conducted over a video call, while I stared at myself) confirms that they've experienced this as well.

And unfortunately, a video call display isn't typically flattering, or even particularly accurate. One hypothesis, published in the Facial Plastic Surgery & Aesthetic Medicine journal, holds that:

“A life disproportionately spent on Zoom may trigger a self-critical comparative response that leads people to rush to their physicians for treatments they may not have considered before months confronting a video screen, a new phenomenon of ‘Zoom Dysmorphia.'”

One study cited in that paper found that “a portrait taken from 12 inches away increases perceived nose size by 30% when compared with that taken at 5 feet.” If hiding your video prevents one from contemplating an unnecessary nose job, I'm all for it.

But these extreme reactions aren't the only potential downside: Others have argued that seeing your face all the time can lead to a unique type of burnout, helping mostly by reminding yourself that no one else is fixating on you as much as you think they are.

Microsoft Teams hasn't weighed in on the topic beyond noting that the new update is designed to “reduce distractions,” which seems fair enough.

Regardless of how you personally feel about seeing your own face all the time, the Microsoft Teams update is a welcome one.

Few people enjoy endless video chat meetings, and only way to keep the majority of them satisfied is to introduce granular settings like this one. Each individual can adjust their video feed to fit their personal interests or needs.

It's touches like this that help Teams stand out as a premium video meeting software, nose-to-nose with our other top picks including Zoom and Google Meet. The fact that it handles project management services as well as web conferencing doesn't hurt either, of course.