Today, Microsoft announced the creation of Microsoft Ventures, which aggregates and expands on some of its existing programs for startups.

Since 2008, Microsoft BizSpark programs have provided resources to over 75,000 startups. Microsoft started opening accelerators in 2011, which have graduated 114 startups.

Here is how Microsoft envisions the Microsoft Ventures ecosystem: 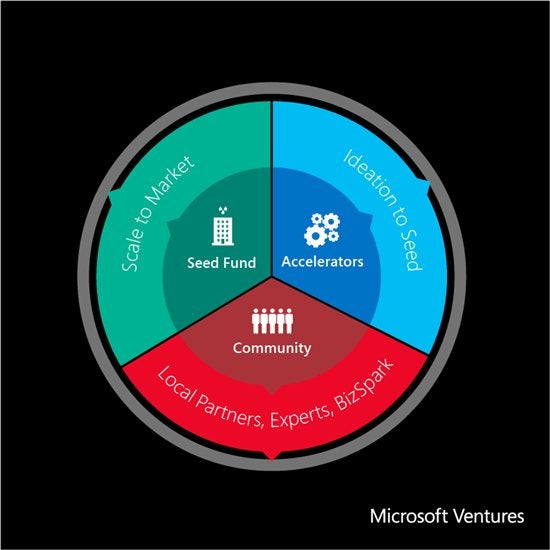