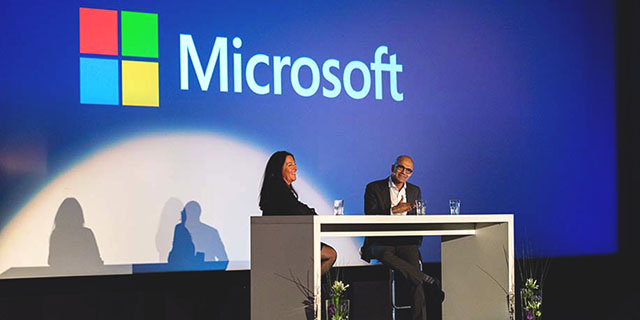 Diversity in Silicon Valley and the tech industry as a whole have been and will continue to become a dominating and contentious issue. While many within the industry claim that new policies and programs are being implemented to promote the growth of women and non-whites among their ranks, the numbers continue to prove otherwise. For both small and large companies alike, employees – for the most part – continue to be white males. Even for ostensibly diverse companies like Google, employee diversity remains an ongoing development. One major tech corporation that seems to be on the right track: Microsoft. According to recently released Microsoft diversity stats, the company – while still predominantly white and male – is slowly moving towards closing its diversity gap among its employees. 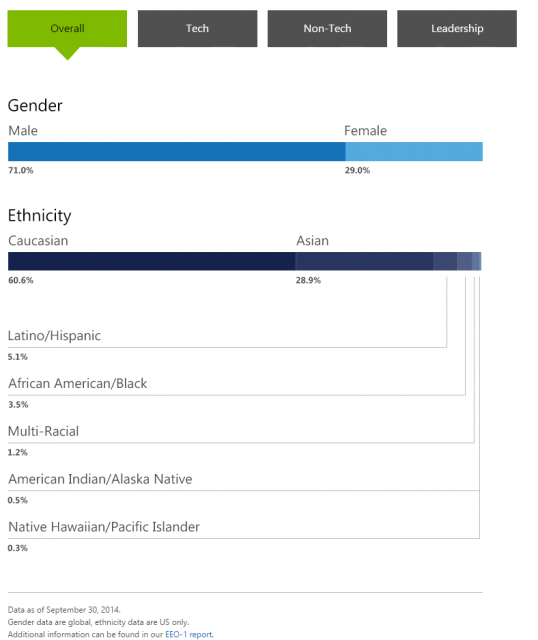 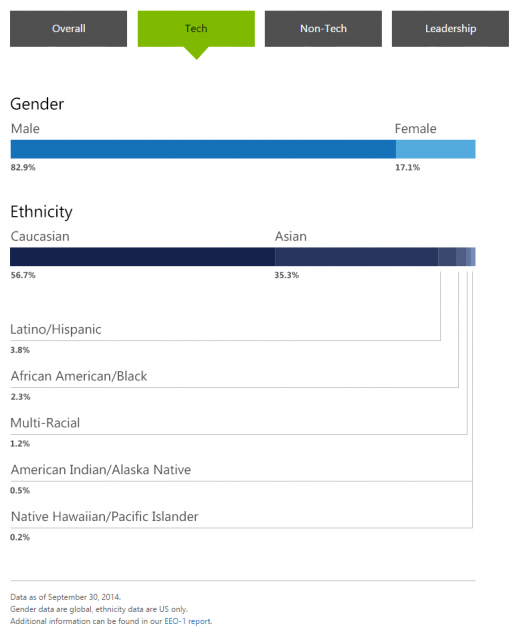 From the data released, Microsoft ‘s numbers don't seem to be too different from many other tech companies, with 71 percent of its overall global workforce made up of men and more than 60 percent of all employees white. Indeed, these numbers are almost neatly in line with that of both Google and Twitter, whose global workforces are each similarly made up of 70 percent men and 60 percent Caucasians. Even when broken down by the percentage of women and non-whites specifically fulfilling technical roles, Microsoft's numbers all fall eerily in line with that of Google's. The recent numbers by Microsoft, though, show much promise. As reported by the Puget Sound Business Journal, these stats show a slight percentage decrease in the percentage of overall white employees and a slight increase in the percentage of women employees per compared to the previous year's numbers. The changes are minor, yes, but it's a promising sign for the tech industry. 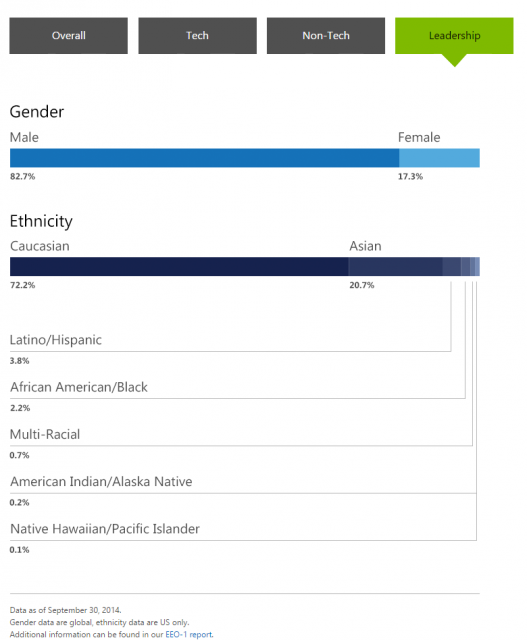 The composition of Microsoft's leadership, though, could see a little more improvement. Among the company's leadership, only 17.3 percent are made up of women. Compared to Google's 23 percent, Twitter's 24 percent, and LinkedIn's 28 percent, that number is quite low. Even Facebook, whose female leadership percentage similarly underperforms compared to other companies, beats Microsoft's at 19 percent.

Last October, Microsoft CEO Satya Nadella got much criticism after telling women not to ask for raises, but rather encouraging them to “[have] faith” that the system will let those raises fall into their laps. Nadella later apologized for such statements and promised the public that it would release better data on the employee composition of its company; hence, the recently release diversity stats. Despite the past controversy of Nadella's statement, the greater transparency from Microsoft alone, topped by the clear improvement in numbers, shows a greater willingness by a large tech company to actively engage in conversations regarding diversity and to strategies that can further improve the stats. Over time, we can hopefully achieve the long-term goal of increasing the ethnic and gender diversity in the tech world to a point at which things like sexism in the industry become a less prevalent issue.