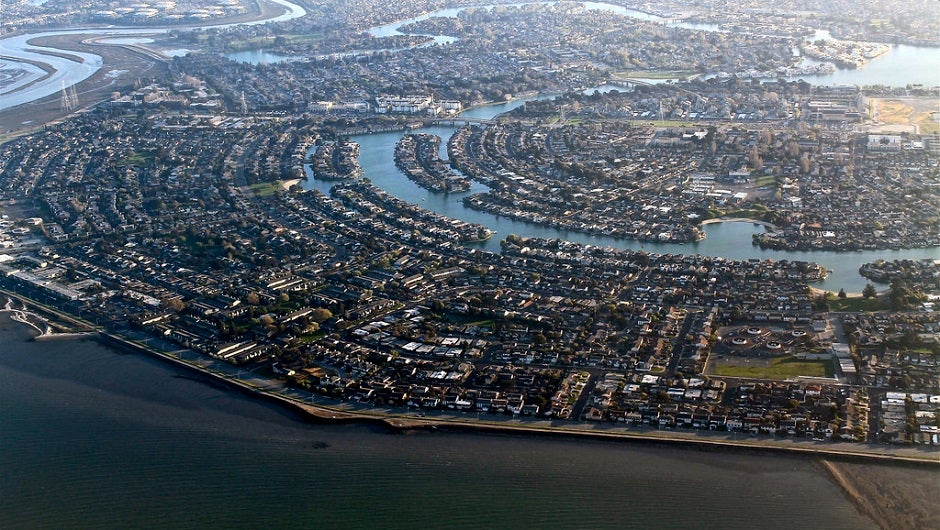 Fear of financial failure stopped 40 percent of millennials from starting businesses in 2014. Since the 1980s, the number of business owners under 30 dropped 65 percent, one analysis says. Now, a new nationwide survey might hold a few more clues as to why so few millennials are opting for the self-sustaining arms of Silicon Valley: They don't trust the valley as far as they could throw it.

The survey comes from a partnership between professional services firm EY and the advocacy organization Economic Innovation Group, and can be found in full online.

Millennials offered their level of trust on 13 institutions in the survey, from the Military to Professional Sports to Banks to Corporate America to the News Media. Silicon Valley did better than some, but worst than most, ranking alongside organized religion, mayors, and the criminal justice system with roughly a quarter of respondents expressing “a great deal or quite a lot” of confidence in it. 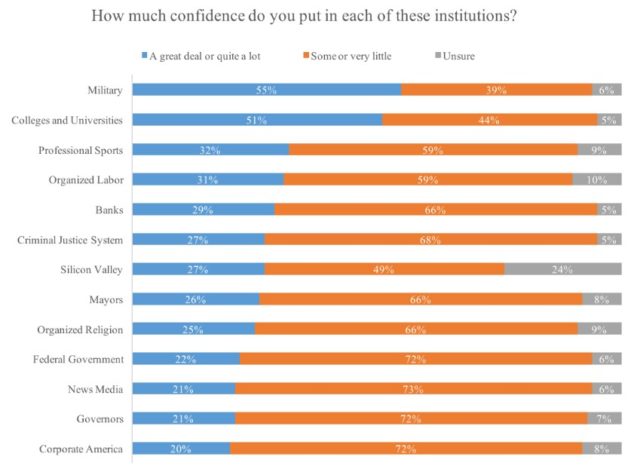 So What Institutions Do They Trust?

Interestingly, two institutions stood head and shoulders above the rest of the pack. From the study:

“Colleges and universities and the military are the only institutions of the 13 polled to garner the confidence of the majority of Millennials. Support for these institutions holds across all demographics.”

How Can Silicon Valley Recover?

Two words: Financial security. Millennials don't hate entrepreneurship. In fact, they love it: “90 percent recognize entrepreneurship as a mentality,” according to the editor-in-chief of MiLLENNiAL magazine.

But founding a startup is a rough chore: nine out of ten startups fail, and an estimated 30 percent of entrepreneurs suffer from depression. Without a safety net of funds, no millennial will intentionally embark on their own startup. A few more facts from the EY/EIG survey back this assertion up: 62 percent of respondents “considered starting their own business,” but 63 percent “would have difficulty covering an unexpected $500 expense,” while a stunning 79 percent worry “they will not have enough money to retire.”

In order for millennials to embrace the entrepreneurial attitude that they love about Silicon Valley, the tough economy will have to offer them a reasonable retirement plan first.