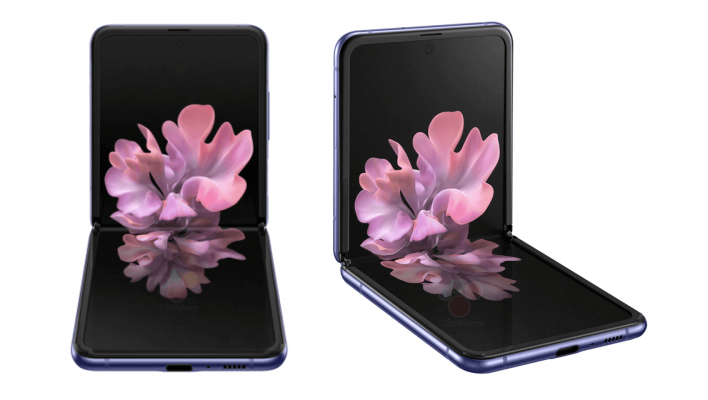 The Motorola Razr and Samsung Galaxy Z Flip are set to be two of the most exciting phones to launch in 2020. They both use the similar clamshell designs with flush folding screens, both are set to cost well over $1,000, and both have the potential to be some of the best phones this year.

We've already had hands-on time with the Razr, but the Galaxy Z Flip isn't set to be released until later this month. However, we have seen a leaked video of the Z Flip, so we can compare and contrast some of the details about each phone.

So, which is better? The Motorola Razr or the Samsung Galaxy Z Flip? Read on for our first impressions.

The Galaxy Z Flip and the Motorola Razr might appear similar, but there are a number of design touches that make them quite different. The Razr, for example, has significantly wider bezels around the sides, as well as housing a notch at the top of the display.

The Z Flip, meanwhile, has a small, centrally-mounted punch hole camera at the top of the display.

The Razr has a large “chin”, much like the original old-school Razr phone from 2004. The two sides of the Z Flip's screen, meanwhile, fold completely flat on top of each other. This marks one noticeable improvement from the Galaxy Fold, which couldn't fold flush, and left a large gap for dust and debris to enter the phone.

We don't know a lot of definitive facts about the Z Flip, but some leaks have given an indication of what to expect. All told, the Razr might not have the specs to match the Z Flip, but its design seems to be better thought-out. The larger front screen seems far more useful, plus the slightly shorter display should make it easier to hold.

Leaks are suggesting that the Z Flip could have a 6.7-inch 22:9 Full HD+ display, made from an extremely thin pane of glass, rather than plastic. If true, the Z Flip would feel like a significantly more expensive device than the Motorola Razr, which uses a plastic screen.

What's more, the Z Flip is supposed to have a 2636×1080 resolution display, while the Razr has a 2412×876 resolution display. However, the Razr appears to be a slightly handier device. The Z Flip's 22:9 aspect ratio is extremely tall, which might make one-handed use difficult. The Razr, on the other hand, has a 21:9 ratio display and will probably be easier to use one-handed.

However, the Z Flip has a tiny front display. In the leaked video, it's barely larger than the holder's thumbnail, and will likely only be good for showing the time, date, and battery. The Razr's 2.7-inch front screen, on the other hand, allows you to control music playback and even quick-reply to notifications.

According to WinFuture, the Galaxy Z Flip should include Qualcomm's fastest non-5G processor, the Snapdragon 855+, as well as a very health 8GB of RAM. The Z Flip should also come with 256GB internal storage, but it won't have SD card support.

The Motorola, by contrast, will have a Snapdragon 710 and 6GB of RAM. That should be enough for everyday use but we wouldn't want to use the Razr as a serious gaming phone.

The Razr has a 16Mp camera, as well as a time-of-flight sensor which can help with depth-sensing. As it's store on the front of the clamshell, the 16Mp camera effectively functions as both the forward- and rear-facing camera. It also has a 5Mp camera housed above the display which works as a camera for video calling.

How much will the Razr and Z Flip cost?

Well, that's halfway easy to answer, as you can already buy the Moto Razr. Prices start from $1,499 in the US. However, you can only buy it from Verizon and, because it has an eSIM, it will only work on its network. Plus, you'll need to go to a Verizon store to activate your eSIM.

On balance, we think that the Razr might be the better-designed phone, while the Z Flip looks set to take the crown when it comes to specs. However, if Samsung's ultra thin glass works in practice, it would be absolutely game-changing for foldable phones.