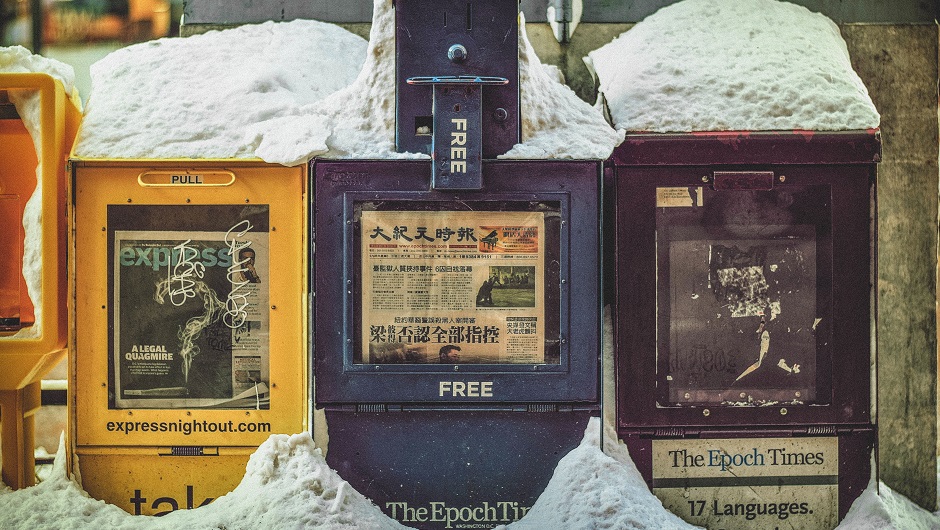 The big news story whenever media reports on media—which is often, if you wondered—is always about the eminent death of journalism. In 2016, that story looks better than ever, as the Facebookpocalypse has finally happened, and media organizations everywhere are losing or gaining ground at the engagement-hungry whims of the Zuckerberg-led platform.

The latest news: Facebook gets a stunning two billion searches per day, up from 1.5 billion in July 2015. Facebook broke the news during its earning call yesterday, in a move many have argued positions Facebook as the breaking news platform specifically in order to trump Twitter's claim to fame. But it needn't have bothered: They also announced Facebook ad revenue is up 63 percent this year, and today the New York Times revealed that their own ad revenue dropped 12 percent this year. Platforms are crushing legacy media.

But they don't have to, one editor argues.

Jim Brady, CEO of Spirited Media and author of another great piece on the survival of local news, wrote recently for Digital Content Next about the perceived tension between journalist ethics and financial success. Legacy media organizations, in his opinion, have failed to adapt to the shifting revenue models and worldviews that any new media startup must handle in order to survive.

The biggest point he makes? The journalism side needs to communicate with the sales side. Here's how his site does it:

“At Billy Penn, the Philadelphia-based site that Spirited Media operates, we all sit around a table together: journalists, sales people, developers, event planners, etc. There is no physical separation, and, more importantly, no psychological one. We toss around ideas for stories, events, advertisers to pursue and new site features. No one is prohibited from weighing in on any topic. We all traffic in the same Slack channels. And nothing we’ve done has ever threatened the standard church-state line.”

It Leads to Better Things

In fact, they often work in sync with each other in a manner that any startup founder should resonate with:

“When we were putting together a story last fall about Philadelphia-area microbreweries creating special Pope-themed beers for Pope Francis’s impending visit to the city, someone in the newsroom mentioned how cool it would be to get all those brewers in one place for a tasting. A few weeks later, we held a Pope-themed beer tasting event at a South Philly bar called POPE. No ethical boundaries were obliterated. No journalists were injured in the making of that event. And we made some money.”

The moral: Make sure everyone at your new media startup, or at any startup, talks to everyone else about what they're up to. If you don't, your entire industry could needlessly collapse. If you do, you might even get some good beer out of it.