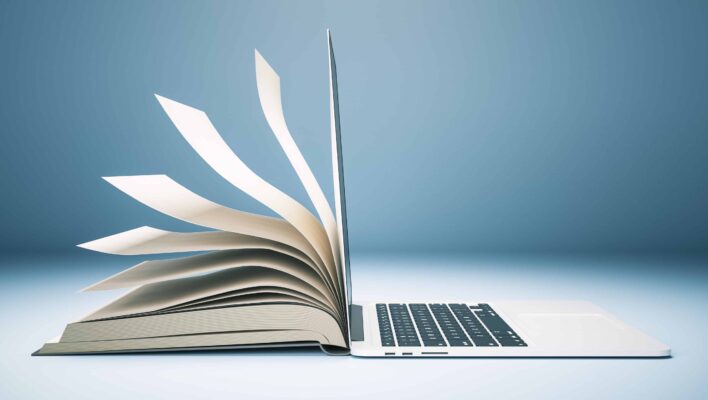 From Mark Zuckerberg’s mad metaverse musings to mass layoffs and Musk-induced mayhem at Twitter, 2022 has been a tumultuous twelve months for the technology industry.

Along the way, a whole host of new phrases and words, virtually unused and unheard of in January, have slowly crept into our conversations. Looking ahead to 2023, it's likely you'll see these terms used even more frequently, as we continued to adapt to the modern – and often novel – post-pandemic world of work.

Here are all the important tech terms you need to brush up on before 2022 ends and the new year begins.

The term “Quiet quitting” garnered significant media attention after being discussed extensively by employees on social media throughout the year, particularly in younger millennial and Gen Z circles.

The term refers to doing the absolute bare minimum your job requires you to do, and nothing beyond that. It’s precisely the opposite of “going above and beyond” at work, which is perceived by Quiet Quitters to negatively impact a healthy work-life balance.

Re-recruiting isn't necessarily a brand-new term – and probably arose before the year began – but it was honed in on by Microsoft in their September 2022 Work Trend Index, for which 20,000 workers from across the globe were surveyed.

One key takeaway from the survey was that staff need to be “re-recruited” to their roles in order to ensure they’re continuing to develop and grow within their company.

This effectively means giving employees ample opportunity to expand their skill sets and learn more about both their own roles and roles that exist above them. The hope is that providing employees with this will help minimize job-hopping, which has made it difficult for companies to retain staff all year.

A Decentralized VPN – sometimes called a dVPN – refers to any VPN that does not have centralized control over the individual servers that make up its server network.

As popular VPN company Surfshark puts it, “instead of a single VPN provider supplying and maintaining the servers, dVPN's servers are hosted by independent users. They could be using dedicated server machines or just installing dVPN software on their home computers.”

There are some definite advantages to Decentralized VPNs, but perhaps the biggest one is that your privacy is secured by the very nature of the network infrastructure, rather than a private company (i.e. a VPN provider) giving you their word – however trustworthy – that they won’t log your data.

The “Dark Matter” of Work

Coined by project management software provider Wrike, the “Dark Matter” of work “lives in synchronous applications and unstructured work, such as instant message threads and video calls, as well as the gaps between systems and applications that aren’t integrated”.

Conversely to Quiet Quitting, “Quiet Firing” is enforced by managers. Instead of just firing an employee outright, during a “Quiet Fire”, a boss will slowly remove one of their staff member’s duties until their position becomes obsolete or unneeded.

Bosses engaging in the practice may reassign these tasks to other employees, change the employee's job description, demote them, or simply block them from pursuing opportunities that will expand their horizons within the company.

If an employee is quietly fired in this way, it makes it significantly harder for them to launch legal action against the company than if they were fired outright.

Workfluencers are essentially influencers that create content about their jobs. those who are interested in learning more about their field and what their day-to-day work life is like.

They often make money from brand partnerships like standard influencers and seek engagement from followers in much the same way, but focus their content entirely around the 9-5.

“Workfluencers” have been aided significantly by changes to business and career apps like LinkedIn, which have continuously borrowed features from mainstream social media sites over the past few years to make their platforms more accessible and usable.

Now, over 13 million LinkedIn users have their profiles set to “creator mode”, which will, in theory, more people will see their posts. Workfluencers are here to stay, whether we like it or not, and there'll probably be plenty more who try their hand at it in 2023.

MFA Fatigue is a novel hacking technique that was used to great effect by thereat actors throughout 2022, and is thought to have been the catalyst behind successful breaches of Uber, Microsoft, and CISCO's networks.

In MFA Fatigue attacks, perpetrators will run a script that attempts to log into a target’s account that has multi-factor authentication turned on using stolen credentials. The victim will then receive a seemingly unending stream of authentication requests as the script runs.

The hackers are hoping that the victim is so irked by the constant string of notifications that they finally approve one of the requests out of frustration. After that, they'll have access to the account and can wreak whatever havoc they please.

Overemployment is a modern term for someone working multiple jobs – which has become increasingly common since the post-pandemic economic downturn we’re all experiencing began.

According to the Bureau of Labor Statistics, 4.9% of the 164 million-strong US workforce held two or more jobs in September 2022, which amounts to almost 8 million people.

As the name would suggest, boomerang employees are staff members that are employed at companies they’ve previously left, typically on good terms (hence the return). One analysis of LinkedIn members’ job histories shows boomerang employees accounted for 4.3% of US hireslast year.

Some companies are now encouraging this practice, setting up alumni networks and other ways to stay connected with former employees once they leave in order to coax them into the office and back onto the payroll at a later date.

However, some research suggests that employees returning to more senior positions after leaving previously can have a negative impact on staff morale, particularly for those who are still in the same roles they were in when their returning co-workers first departed.

Ransomware-as-a-Service – a play on the more widely-known term “Software-as-a-Service” – is a term given to any ransomware that is made commercially available as a “subscription” service, enabling affiliates to use the already-developed tools to execute their own attacks.

The rise of Ransomware-as-a-Service has materialized alongside many ransomware gangs moving from “double extortion” tactics – both encrypting and exfiltrating a victim company’s data and threatening to publish it – to triple extortion tactics.

The disparity is stark, too. According to a Microsoft Work Index study released this year, although 87% of employees believe themselves to be productive at work, only 12% of “leaders” believe their employees are making the most of their time.

Productivity paranoia has likely been exacerbated by the rise of hybrid, flexible and remote approaches to working, which many bosses feel has given them less visibility over their teams.

Email Bankruptcy occurs when a person deletes or ignores emails that are older than a certain date, or in more extreme cases, abandons their inbox altogether due to the volume of emails they’re receiving.

Granted, this term has been around a lot longer than just this year – but considering the rise of project management software apps with built-in collaboration tools as well as business communication platforms like Slack, you might hear it a whole lot more in 2023. Around 30% of US adults have already declared email bankruptcy, with inboxes becoming increasingly clogged with spam, junk, and marketing emails.

Looking Ahead to Next Year

While as equally interesting as it has been exhausting, 2022 has left many people working in and around the tech sector with more questions than answers.

Will the mass layoffs we’ve experienced this year continue? What cyber threats will be used to target businesses? Will Twitter survive until the end of the year with Musk at the helm, or will Google’s scarily sentient AI have taken over the world before we can find out?

Whatever happens in 2023, we’ll be keeping you up to date with daily news updates on the platforms, services, and businesses that matter to you.

If you’re yet to declare email bankruptcy and would like to get all of Tech.co’s news straight to your email inbox, sign up for our newsletter today:[/vc_column_text]