With near-constant news stories about tech companies breaking the law, or acting in morally dubious ways, Tech.co spoke to Ali Shah, the ICO’s new head of technology policy to find out how tech can restore trust.

Having just stepped off a panel at a conference aimed primarily at technology investors, Ali Shah is a man in a hurry. He is, after all, a vital cog in the Information Commissioner's Office (ICO) — the British body designed to protect people’s data.

We’ll only need fifteen or twenty minutes, we tell Shah. “I can do ten or fifteen,” he replies.

The Information Commissioner’s Office, or ICO, protects everyone’s data by holding companies ranging from Facebook to shady robocall firms to account, and handing out big fines in the process.

Shah has only been in his job a few months — a role which covers everything from artificial intelligence and algorithms, to new tech challenges, as well as the broader impact of tech on society and citizens. Before that, Shah spent fifteen years at the BBC in a variety of tech-based roles.

Why Do People Fear Big Tech?

We ask Shah if he thinks people are scared of big tech companies. “I wouldn’t say scared. I think uneasy is a better term.”

Big tech companies, he says, are so overbearing in our current society that regular people can sometimes feel a little bit helpless.

“Often people feel a lack of choice and compulsion when it comes to data sharing.” He says, “we need to raise awareness of data for people.”

Shah’s sentiments are, to be sure, well-trodden ground — particularly to those who closely follow the technology debate. But, his ideas for remedying the situation aren’t limited to the big regulation that many are calling for. For Shah, changing the culture in the tech industry is just as important as regulating. 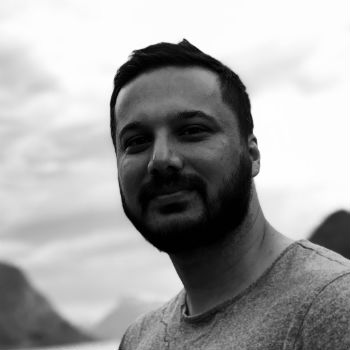 “They need to think about their users as individuals — real people — not as data points,” Shah says.

While this might seem like a fairly wishy-washy point, it would represent a significant culture shift for the biggest tech companies — and Facebook in particular. As Roger McNamee made clear in his book Zucked, Facebook created its own problems by focusing solely on abstract metrics such as user growth and time on site, instead of taking a real, contextualized view of their business.

Controlling Your Own Data

“People have to understand that they have control over their data,” Shah says, “and they don’t have to hand all of it over all of the time.”

Again, this sounds familiar when it comes to the tech debate. But the ICO is giving regular people in Britain the tools to take action against the companies that mismanage their data.

The ICO website contains easy-to-follow step-by-step complaint guides, as well as useful information about the rights that regular people have over their data. It also has the power to impose big fines on those that don’t adhere to its regulations.

The ICO is also helping companies to avoid falling foul of data protection regulations in the first place. It has created a ‘Sandbox’ which allows companies to test their business models and data gathering procedures in a mocked-up, judgement-free environment.

“Companies want to be compliant with data regulations, and we should help them,” Shah says. “We’re particularly looking for companies that can demonstrate a social good, and that they’re thinking about how they will impact wider society.”

The tech industry has lost its sheen in recent years. But, with proactive organizations like the ICO protecting consumers, and helping companies to improve their own offering, there is at least some light at the end of the tunnel.