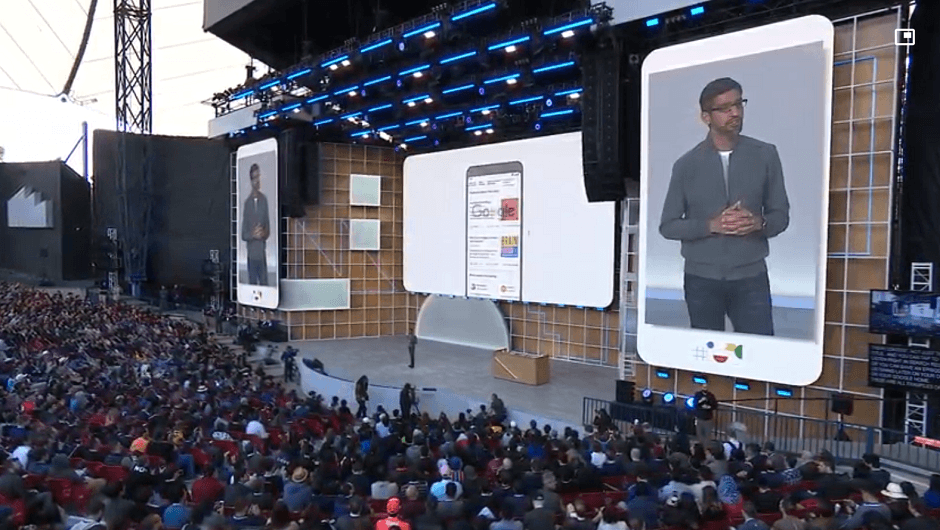 Google's 2019 I/O developer conference opened today with a keynote. We'll skip to the biggest news, which is the price of the new mid-tier Pixel phones: The Pixel 3a starts at $399, while the Pixel 3a XL costs $479.

A new smart device, Nest Hub Max, will arrive this summer for $229. Plus, as of today, you can now stop your Google alarm clock just by yelling “Stop” – no “hey Google” needed.

On-device learning is a big topic this year, as it retains user data privacy while offering a faster service. One element missing from the keynote? There's no word on Google's planned cloud gaming service Stadia, even though Google said earlier this year that they'd discuss it more at I/O. Granted, they do still have a few days to bring it up.

There's a lot more fascinating news out from the keynote, however. Here's the full rundown on the coolest news, features, and products. 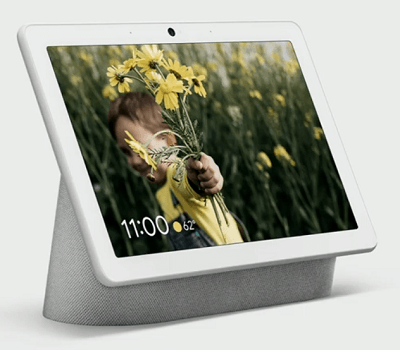 Google's smart home tech made a splash, with a new device, the Next Hub Max, debuting. It offers a 10-inch touchscreen, camera and speaker. It supports video chats with a camera that can automatically follow users around the room, responds to Google Home-style smart speaker commands, and can function as a security camera.

It's out in Summer 2019 in the US, UK, and Australia, starting at just $229, and will be sold at Best Buy, Home Depot, Target, and online via the Google Store. 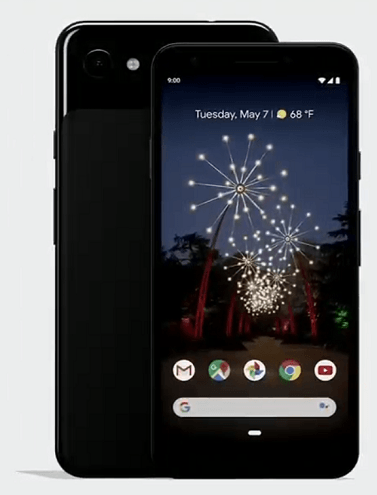 Slashing the price by half means you'll lose a few perks like the wide-angle selfie camera and wireless charging, but there's still plenty to love, particularly when contrasted against other smartphone companies whose prices are going nowhere but up. The camera in particular is better than any other under-$500 phone on the market.

And yes, they both have headphone jacks. Here are the features:

Not to reiterate this too much, but the prices again are $399 for the Pixel 3a and $479 for the Pixel 3a XL. They are on sale starting today in 13 markets, available at Verizon, T-Mobile, Sprint, and US Cellular.

Google is adding three dimensions and AR capabilities to the search platform they're known for. Search for the right term, and you'll see a small 3D model on the results page along with all the other types of results you're more familiar with. The examples shown in the conference moved on a loop of a couple seconds, and their can be overlaid through your phone's camera with AR. The demo dropped a massive shark directly onto the stage, and it was pretty awesome.

Search for a food item, and you'll be able to drop it onto the table in front of you, seeing what it would look like if you ordered it.

That's not all Google's using AR for: Point your camera at the bill, and you'll be able to automatically split it via Google Lens. Now that's a useful AR ability: All those teachers who said you'd “need” to use math in real life are getting more wrong every day.

Podcasts episodes will now be indexed in Google search results by content as well as title. This potentially addresses a huge issue facing podcasters today: How to get their podcast in front of the audience who needs it.

Granted, this isn't the first we're hearing of Google integrating better with podcasts, but it's still interesting to see in person. Accessibility is a tough nut to crack, but it's what Google was built on, so it makes sense they'd be able to bring it to the booming podcast industry.

Duplex on the Web

Google's voice bot Duplex made headlines last year due to how creeped out everyone was by how human it sounded. Google is dodging that public reaction this time by focusing on Duplex's AI abilities with “Duplex on the web.”

The AI can help you with boring and complex tasks like renting a car after booking a flight. Duplex uses the flight information and your personal information to auto-fill everything, leaving you to okay it all with a click or two. More details are coming later this year, says Google CEO Sundar Pichai.

Thanks to new tech, the Assistant is incredibly fast. One demo at the keynote rocketed through a handful of different requests given in a row, all with no “hey Google” in between. Even vague commands like adding “the ones with animals” to a request for vacation photos triggered the correct responses across apps.

The assistant can offer shortcuts when needed, letting you get back to your podcast or access the right directions when driving.

With one click, you can turn on notifications on anything: The captions are hosted from within the device, so there's no lag and no internet needed. It's all created in the moment with Google's newest voice capture technology. It's a huge deal for anyone with hearing impairment.

Additional features, like smart compose, live translate, live relay, and smart reply, all allow those who can't speak or hear to easily communicate over the phone with others in real time, as the conversation is instantly translated from speech to text to speech again.

This one's pretty simple: You'll stay private while navigating maps and can opt out of your YouTube video watch history. Your internet provider or employer can still track the browsing data, however, so this one isn't a huge win for data privacy, even if it helps you avoid tainting your YouTube algorithm every time you watch a dumb video.

The keynote didn't have time to cover everything in the new update, but did highlight a handful of new features and tools, which we'll run through here:

The Android Q update includes plenty of features aimed at security, privacy, and digital well-being – all hot-button topics in the tech world.