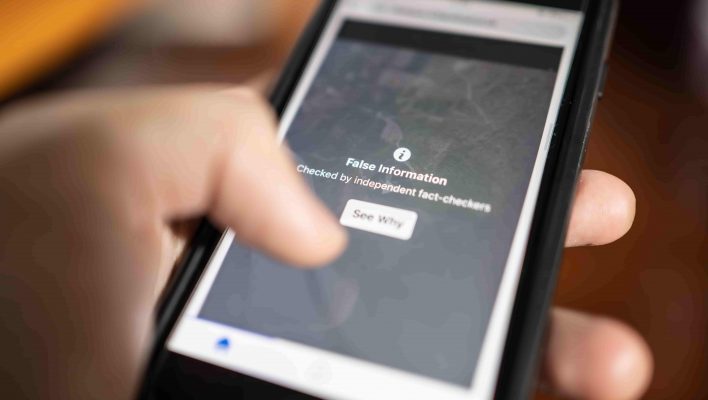 Since Russia invaded Ukraine, the country has churned out an endless stream of propaganda to its own citizens and has attempted to spread it beyond its own borders through social media channels.

Although the avalanche of cyberattacks that have been unleashed since the Russian invasion of Ukraine has prompted many reminders about the importance of installing robust antivirus software, disinformation operations pose a very different problem for businesses.

Staff that can navigate their way through the fake news that litters the digital landscape are an asset to businesses, especially when implementing digital marketing strategies that involve sharing and commenting on political or news-based content.

Disinformation is the subsection of misinformation that is deliberately deceptive and designed to convince a population that a given narrative is in fact true, and it has become part and parcel of modern warfare and politics.

Sometimes, disinformation disseminated by those in power for political gain can lead to a misinformed populous that then spreads further, related misinformation.

In the case of the Russian invasion of Ukraine, we’re seeing a huge disinformation operation actioned by the aggressor.

Shortly before the invasion, Russia was reportedly planning to stage a Ukrainian massacre of Russian troops and use it as a pretext for invasion. This operation was never carried out because US intelligence services took the unusual (but appropriate) step of publicizing their own findings, rendering The Kremlin’s operation futile.

Since the invasion, there have been subsequent attempts from Russia – both domestically and internationally – to change the narrative with false reports.

Should Big Tech be doing more?

Disinformation becomes much more dangerous if there’s a mechanism that can facilitate far-reaching distribution – and social media is exactly that.

The way algorithms on sites like Facebook prioritize news or content that garners the most reaction puts controversy and conspiracy on a pedestal. Further, the fact that you’re more likely to be recommended news from sources or political commentators you’re most likely to enjoy watching reinforces existing biases.

Twitter, Facebook, and Google have acted to try and stem the flow of false information reaching users on their platform, the question is whether the steps they’ve taken have gone far enough.

Twitter announced on February 27th that it had shut down several accounts that were in violation of its “manipulation and spam” policy.

Facebook has also been closing accounts known to be spreading false information about the conflict in Ukraine and has started to label posts containing Russian propaganda. The social network has restricted access to Kremlin-backed sites like Russia Today too.

Google, on the other hand – which owns YouTube – has spoken to the EU about how to minimize the spread of misinformation on their platforms.

Social media sites have still faced criticism despite their efforts. The Center for Countering Digital Hate, for instance, found that Facebook failed to label 91% of Russian Propaganda, whilst Twitter had to apologize after removing accounts sharing legitimate, genuine video footage from the front line.

Why Your Business Should Care about Disinformation

Does your business use social media to raise brand awareness, connect with customers, and advertise its products/services? If the answer to any of those questions was “yes,” then disinformation matters to you.

In 2022, success on social media is in large part down to how well you and your business can connect with people.

To do this, social media managers will often hop on trends or create pieces of content that reference current news events – many of which are political in nature. What’s more, when appealing to socially conscious demographics like millennials and Gen-Zers, political content can often be extremely successful for brands.

So, understanding the nature of disinformation – as well as misinformation more generally – and keeping track of what’s been debunked and what hasn’t could save your business a whole lot of reputational damage.

The last thing you want to do is prove untrustworthy to your followers or make them think you’re a source of fake news. Before you share political content on your business's social media channels, ask yourself some key questions: