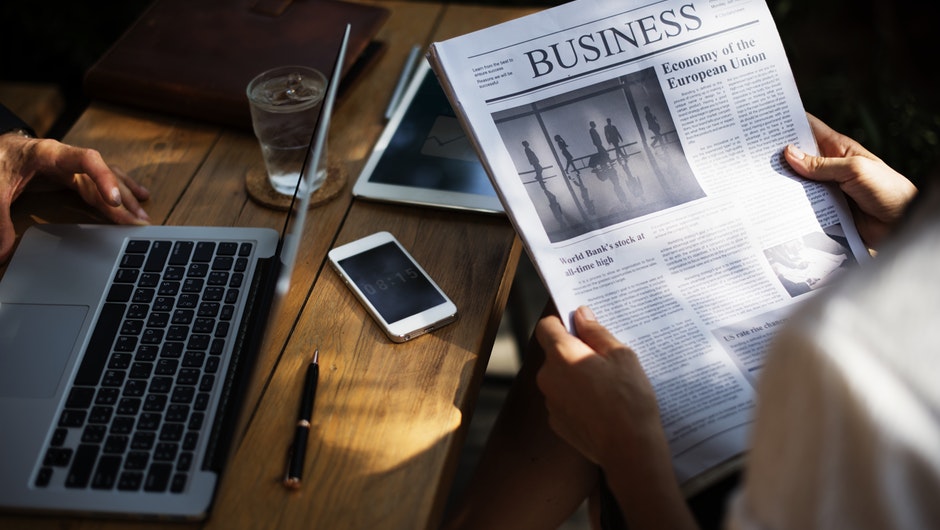 The advertising model has long supported print magazines and newspapers. But the internet's hyper-targeted ad model quickly lead to a devaluation, powering the rise of ad blockers. For years, publishers struggled to balance a quality of engagement with the need to chase page views through sensational or snackable content.

Now, publishers are coming around: The subscription model allows audiences to pay directly for high-quality content. Where the ad model prioritized quick views, the subscription model prioritizes a depth of engagement. Last year, I wrote on the rise of subscriptions: Journalism heavyweight The New York Times led the pack, with subscriptions up 2000 percent year-over-year immediately after the 2016 election, thanks to the Trump bump. The Times pulled in nearly $500 million of digital revenue in 2017 alone, and, looking towards the future, hopes to eventually hit ten million subscribers. Everyone from ProPublica to Harper's Magazine have cited their strong numbers and renewed focus on subscriptions.

The model certainly appears to have cemented its reputation as the most sustainable model for new media publications in 2018.  Now, the conversation has shifted to a new question: Just how much content should remain behind a paywall?

Weirdly, if you own a small publication that has recently launched, you don't want to make anyone pay for your most appealing articles. Instead, media subscription services should provide their best work for free to all readers, and merely include bonuses or supplementary materials behind a paywall.

Why? Because offering the majority of your value upfront for free will give your service a strong reputation and widen the top of its subscription funnel massively — while still attracting the completists who are the ones most likely to subscribe anyway.

The argument stands or falls on the fact that your paying audiences is very different from the general audience. General readers just want something interesting. The ones willing to pay will be the tiny minority of readers: the obsessive ones, the completists, the readers that can't do without every ounce of information available. They're not paying so that they can get the best stuff; they're paying so that they can get the weird, less engaging, esoteric, and supplemental. They love it, even if general audiences never will. And since your funnel is so large, you'll be able to reach more of the completists who'll actually pay you solely for content that's less impressive and easy to produce, like interview transcripts or occasional vlogs.

The result is a weirdly counterintuitive rule that applies to the majority of media subscription services: The most expensive content should be released free, while the less expensive content brings in the paying customers who actually support the enterprise.

Journalism paywalls are often removed during important events like natural disasters or elections, under the logic that the event must be understood by everyone as a public service, rather than just by paying customers. Some have argued that this undermines the perceived value of a publication's work — a point which definitely makes intuitive sense. A recent Quartz article, while largely in agreement with the position that hard paywalls don't help anyone, takes one stance that argues against making all the best stuff free.

“The paywall is inherently in conflict with journalism’s primary goal: to educate and inform the public about important issues. When the papers say, ‘this is so important that we’re making it free,' they’re simultaneously saying that all the other stuff they publish doesn’t really matter, so they’ll charge you for it. It’s hard to imagine a business philosophy that’s more upside-down,” the article holds.

But paying customers don't want the important issues — at least not the ones as immediately gripping as elections or hurricanes. Those issues are great for reeling in readers and widening one's subscriber funnel, but the people who'll stick around will want to read the articles that cover the more subtle subjects surrounding the issues, like how gerrymandering will impact an election three years away, for instance, or how the Union of Concerned Scientists is dealing with the increasing risk of hurricanes. The nerdy articles will be boring to most readers, but allow a publication's core audience to subsidize the more sensational articles.

The Impact of Size

I reached out to media journalist Simon Owens, who runs his own one-person media subscription service and has discussed the benefits of using the Patreon platform with TechCo in the past, for a comment on the theory.

“So if you're a sole proprietor or working for a small organization with limited resources, I completely agree,” Simon told me. “You're going to be extremely limited in terms of how much content you can put out, and if you're putting most of your high quality content behind a paywall, it's going to extremely limit you in terms of your ability to market yourself.”

Simon even has an example: Digital magazine Maekan launched in December 2016 with a hard $150-a-year paywall, but quickly shifted to a more porous wall. In an article by Simon, the magazine's cofounder Eugene Kan cited the difficulty of attracting paying customers as a small B2C site without free content. But the story is different for a larger media publication.

“Now, if you're a larger organization with a lot of resources, obviously this gives you more room to produce high-quality content behind the paywall,” Simon adds. “For instance, if you're the Wall Street Journal or Politico Pro. They've got really strong brands and armies of journalists, and it's much easier for them to communicate the value proposition of their paywall while also producing enough free content to pull in people at the top of the funnel.”

In short, the size of a publication can account for the amount of “momentum” it needs to find an audience. If you're just starting out, as most entrepreneur are, you'll want your best content in front of as many eyeballs as possible.

In the end, the decision to keep your paywalls wide open is one that hinges on one thing: the exact demographic of your audience.

It's Not For Everyone

Your potential audience sits somewhere on a spectrum with two extremes. On one side of the scale are the audiences who will donate or support an internet personality or unique point of view. These audiences see value in the support itself and are the most extreme example of those who aren't drawn to open their wallets due to the value of getting behind a paywall. Games critic Jim Sterling has such a devoted following that he offers no paywall or tiers on his Patreon account, and currently receives $13,545 per month.

On the opposite end of the sliding scale are industry publications. If you're aiming at a specific industry and the professionals within it who can treat your subscription as a business expense, you'll likely net hundreds of dollars per subscriber per year, with their respective companies footing the bill  — the health care industry site STAT charges $299 a year and the tech news site The Information opts for $399. But with the personal touch completely removed, subscribers will only join for the promise of additional value. You won't want to offer the large majority of your best articles for free.

The same balance applies to software subscription services. You'll want to provide a genuine value in the free tier, but build on it for the paid tier. The larger the price point, the greater the value-add needed. As tech entrepreneurs begin gearing up to launch their subscription apps or sites in 2018, they'll do well to keep the rules of successful subscription services in mind.