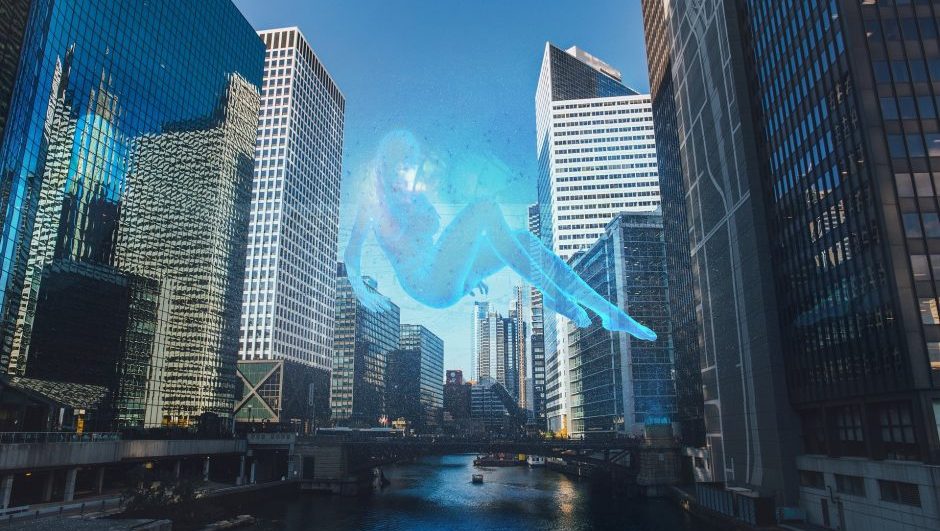 We've been promised holograms for a long time. From Star Wars to Back to the Future, pop culture is littered with these ghostly, three-dimensional projections, alluding to a sci-fi future filled with holograms on every corner. They'd make advertising interesting, entertainment engaging, and long distance relationships might even be a little less terrible.

However, while futuristic technologies like artificial intelligence and virtual reality have seen dozens of realistic innovations since their sci-fi debuts, holograms are seriously lagging behind. Other than a few impostors, the technology is completely absent from the tech world. And if you think you've seen a hologram before, you're probably wrong.

Yes, hologram-like technology is all over the place. Whether it was a startup at CES or a now-deceased musician popping up at a popular music festival, you're probably vehemently insisting that this article couldn't be more wrong if it tried. However, what many don't realize is that the “holograms” you've seen are actually impostors masquerading as the real thing. Still don't believe me? Look no further than the actual definition:

“Hologram: a three-dimensional image reproduced from a pattern of interference produced by a split coherent beam of radiation (such as a laser).”

There they are, the ever-important first words of the definition: three-dimensional. While the word “hologram” is thrown around haphazardly in the tech and entertainment sectors, the projections in question rarely stack up against the actual definition. Thanks to a wide range of handy tricks, making light projections appear to be three-dimensional has become the next best thing to producing actual holograms. Unfortunately, that's just not going to cut it with us.

With tricks like spinning fans, mirrored projections, and elaborate augmented reality, these impostors have been able to fool everyone into believing holographic technology is alive and kicking in the world today. So who are these imposters? Let's take a look.

As perhaps the most famous iteration of the faux technology, CNN's 2008 election night coverage featured reporter Jessica Yellin in all her holographic glory. During a live interview with New York-based Wolf Blitzer, Yellin, who was being filmed in Chicago, appeared to be in the studio conversing with Blizter like, as she put it, Princess Leia asking for Obi-Wan Kenobi's help in Star Wars. Unfortunately, Wolf was actually talking to an empty room. 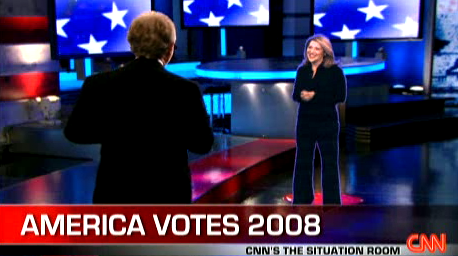 Yellin didn't actually appear in CNN's Situation Room at all. Instead, she was superimposed onto screens for viewers to see, in the same vein as augmented reality. This was made obvious based on the blue glow that surrounded Yellin during the interview, as well as an article published by CNN the following day.

“Blitzer could only see Yellin on a TV monitor across the studio,” wrote Chris Welch of CNN in the article. “Technicians placed a round piece of red laminate on the studio floor where she was ‘beamed in' so that Blitzer would know where to look.”

Despite being widely and falsely billed as “televisions first holographic interview,” the technology was still pretty impressive. By using 35 high-definition cameras, they were able to completely capture Yellin's likeness and beam it to New York, albeit onto a screen rather than into the actual room. But that was almost ten years ago. Surely technology has come up with something better than that, right?

In 2012, the world-famous music festival Coachella treated fans to something pretty special. During Snoop Dogg's headlining performance, he was joined by long-dead hip-hop icon Tupac. The hologram, which appeared to be three dimensional, amped up the crowd and sang along with a bevy of hip-hop's greatest artists. Unfortunately, despite the impressive appearance, Tupac wasn't a hologram either.

While this kind of technology has become pretty popular lately, recreating late musicians like Eazy-E, Michael Jackson, and Elvis Presley is done through an entirely different process. By using projectors and mirrored surfaces (as seen in the patent image below), life-sized images of these musicians appear is real as ever, thanks to the Pepper's Ghost illusion. 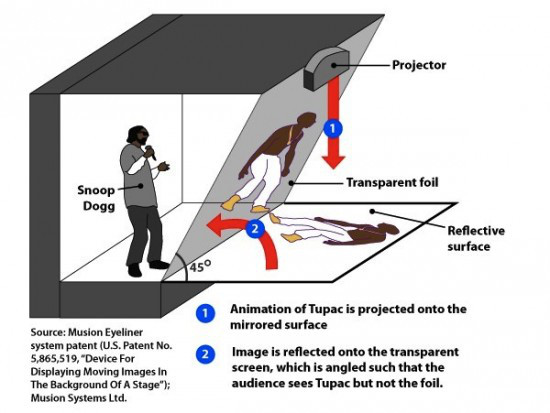 While impressive, these still aren't holograms. While using the illusion, made popular in the late 1800's, to create “holograms” is far from innovative, this was way back in 2012. In the last six years, there have surely been some kind of innovation that makes real holograms possible.

At CES 2017, one startup turned a lot of heads. Kino-mo, a London-based company, made a big impact at the world's largest electronics trade show by displaying the closest thing we have to commercial holograms yet. The images appear in three dimensions and use light to make them visible. But, and I hate to say it at this point, these aren't holograms either. 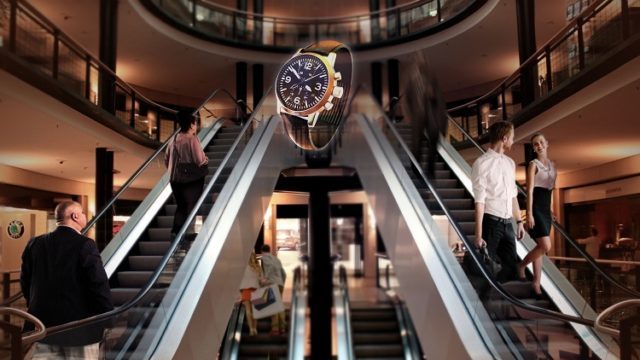 By attaching high quality LEDs to a rotating mechanism, not entirely unlike a fan, the device quickly spins and coordinates its lights to create a moving imagine for an incredibly realistic holographic effect. With few cameras needed and little setup required, it could easily be the most affordable hologram knockoff out there as well. Tragically though, it's still a knockoff.

The reality is that holograms are just super hard. So much so that tech companies aren't the ones leading the pack in their creation; it's scientists and researchers that are taking the lead. And, if this article has gotten your hopes up a little bit too much, there is a light at the end of the tunnel. In 2015, Korean researchers claimed that they had developed the world's first truly holographic image: a Rubik's cube.

The innovation was the result of an initiative put in place by the Korean government in 2013, with the specific goal of developing holographic technology. Thanks to a 16-company collaborative effort led by LG, the technology was developed in just a few years. There are plenty of advancements to be had, as they can't do much with the image, change the size, or effect it in any way. But hey it was a start.

Then, just a few days ago, researchers at BYU also claimed to have developed something in the holographic realm. By trapping particles and reflecting light off of them, they've created “volumetric images,” that is images that take up three dimensional space. This is different from the Rubik's cube hologram, as it is the first hologram that you can actually interact with.

So we're getting there! Let's be honest, we've been a bit spoiled with a huge number of increasingly impressive tech advancements coming within the last decade. Wanting holograms is perfectly natural progression of that excitement, but that doesn't make them any easier to develop. We're just going to have to hold our breath and realize that our only hope for holographic projections is a little bit of patience.

Read more about the technology behind Kino-Mo on TechCo