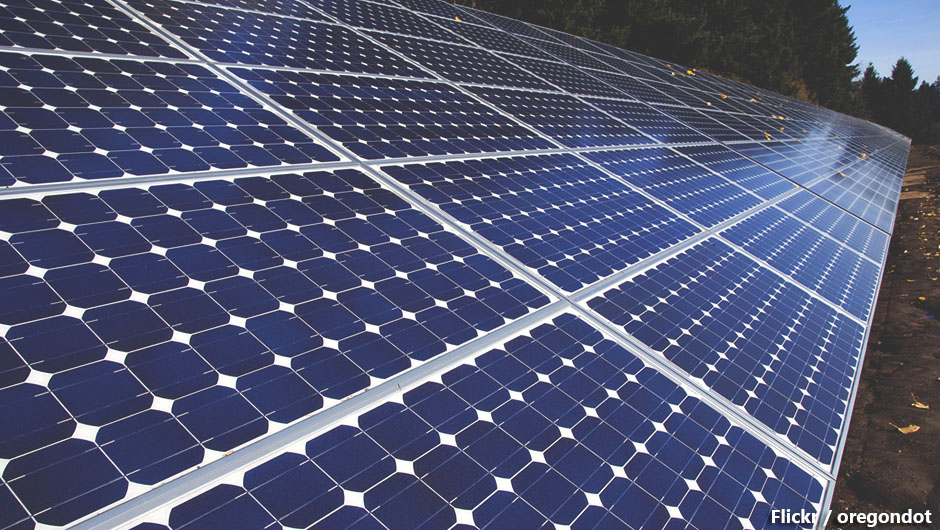 We all agree green energy is cool. Now, the cost per watt of electricity generated by solar panels has plummeted 26 percent within a one year period, a new report confirms. Solar panels and wind farms, once merely a daydream of a path to a clean world, are now a truly competitive way to power the planet.

The report, out from Bloomberg, details the responses that the Asia-Pacific region — India, China, and Japan, to be precise — has come up with as a result of the sudden rise in renewable energy development: Auctions.

“The old system relied on bureaucrats calculating how much in above-market rates developers should get as an incentive to move away from dirtier fossil fuels. Now, the builders submit bids representing the amount they’re willing to accept to proceed with a project. The lowest bids win,” Bloomberg explains.

As a result, prices are down 26 percent and efficiency is up. It's a natural response to a promising new technology, particularly given that the Asia-Pacific region has “attracted the most clean-energy investment since the beginning of 2012” according to new energy data.

The US Is Catching Up

Wind plants in Texas are catching up to their coal-reliant energy counterparts: They just passed up coal plants in power capacity in the state, though they both remain behind natural gas.

“Wind power, by one important measure, surpassed coal last week to become the second-largest electricity source in Texas, yet another milestone in the state's march toward greater reliance on renewable energy,” Chron reported.

When a 155-megawatt wind farm in West Texas began commercial operation this month, it pushed the state's wind power capacity to more than 20,000 megawatts, surpassing 19,800 megawatts of capacity from coal-fired power plants, according to the Electric Reliability Council of Texas, which oversees 90 percent of the state's grid.”

Meanwhile, the cost for building wind farms offshore has never been lower in the UK: The costs, reach, and market penetration of renewable energy appears to have beaten expectations across the globe. While we're still a few decades away from Saudi Arabia's ambitious “mega-cities” being the norm around the world, it's certainly a future no one would hate to see emerge.

Read more about the future of renewable energies on TechCo