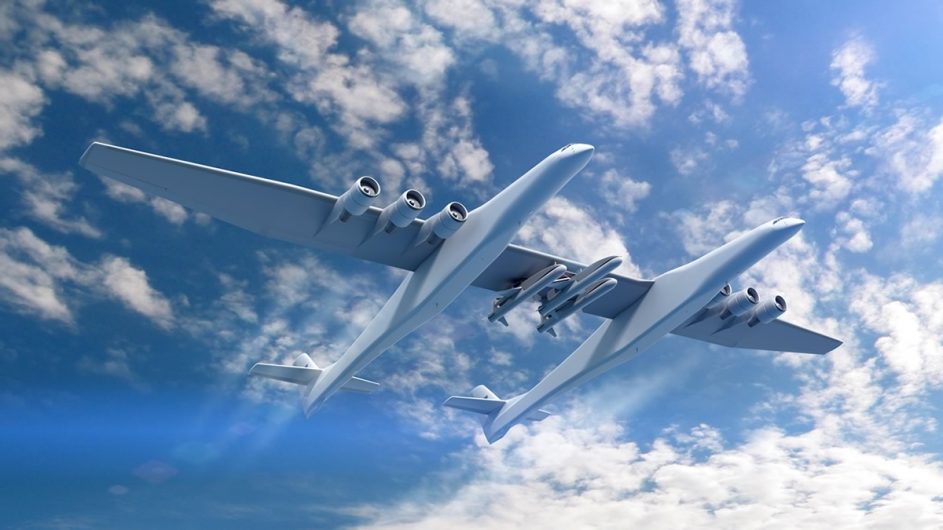 Since Orville and Wilbur Wright, founders have been trying to find ways to break the barriers of air travel. We’ve seen Boom Airlines looking to change consumer air travel with supersonic speed, the Solar Impulse that made it around the world without fuel, Elon Musk's goal to send people to the moon with SpaceX, and now the largest and heaviest plane designed to send satellites into orbit, the Stratolaunch. 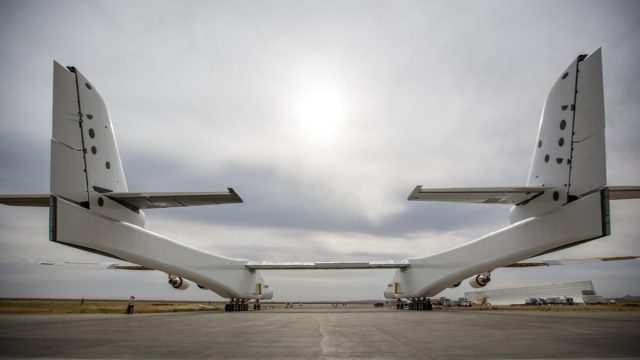 The brain child behind the megaplane comes from Microsoft cofounder Paul Allen’s and vision of normalizing access to low orbit Earth. He started working on this company back in 2011 and began construction in January 2012. The purpose of this plane is to launch satellites weighing up to 1,000 pounds into lower Earth orbit. In 2016, Stratolaunch partnered with Orbital ATK to design innovative and cost-effective options for commercial launch customers.

“We will initially launch a single Orbital ATK Pegasus XL vehicle with the capability to launch up to three Pegasus vehicles in a single sortie mission.” The company stated in a press release.

This week the company rolled out the plane for a first look.

The specs of the plane include a wingspan stretching 385 ft., a bit longer than a football field, the length is 238 ft from nose to tail and stands 50ft tall from the ground to the top and coming in at 500,000 lbs. 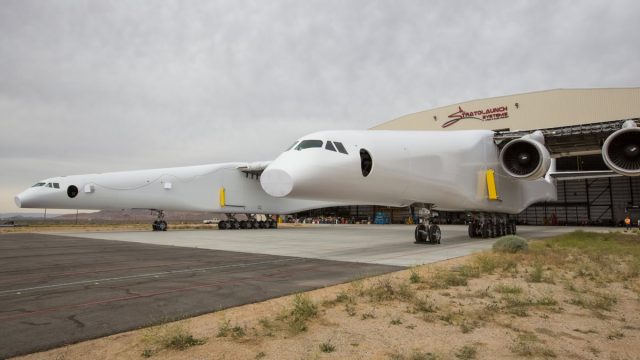 The maximum carry weight it can carry is 1.3 M pounds. While there are two cockpits, the right fuselage houses the flight crew and the left contain the data systems. The center wing provides lift, stability and the attachment point. The plane has six 747 engines that are capable to perform frequent flights and airport-style operations and can fly approximately 2,000 nautical miles.

.@Stratolaunch came out of the hangar for fuel testing. More pictures soon! pic.twitter.com/RCNgSpgG6W

According to the company, they will be conducting testing at the Mojave Air and Space Port in California over the coming weeks and months and is on track to provide its first launch demo in 2019.