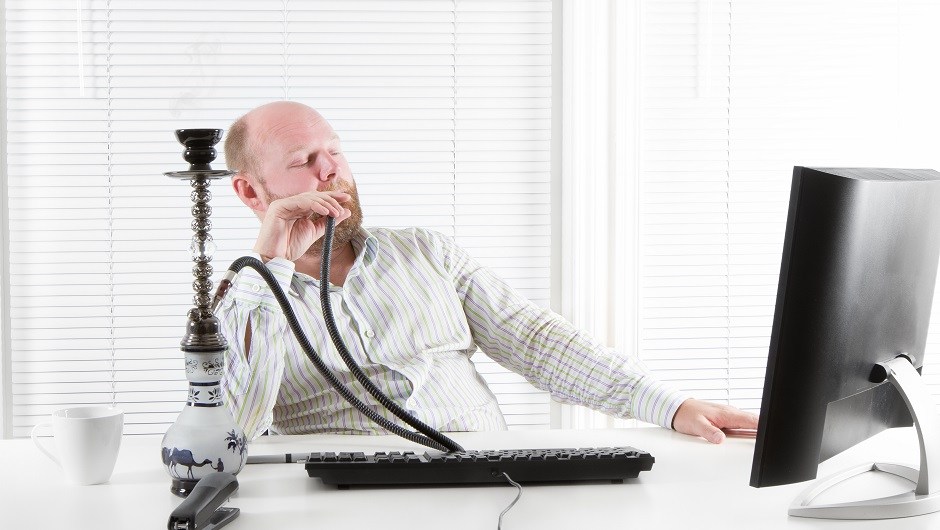 Nearly 17 percent of tech workers admit to being under the influence of marijuana while at work at some point in their careers, according to a new study.

Not only that, but the number is on the rise: Either a steadily increasing number of people are getting high at work, or they're just increasingly willing to admit it.

Here's a look at the phenomenon, along with a few educated guesses as to the reasons behind the the growth of the stoned working class.

Getting High Is On the Rise

The stats come from CBD publication Remedy Review, which surveyed 1,000 workers across the nation to learn more about how the modern employee incorporates marijuana into their working life.

One interesting fact revealed by the results? The percentage of employees who are high at work has increased 60% over the past five years, moving up from just 9.7 percent to an impressive 15.7 percent. And when the results are narrowed to the tech industry in particular, that percentage hops up to 16.9 percent.

Weirdly, if you break down the respondents by state and look up that state's laws, you can find out that people are slightly more likely to be high at work when it's fully illegal (17 percent) compared to when its medically legal (14.6 percent) or legalized entirely (16.2 percent).

Why Get High at Work?

So what makes one get high while at the one place they could probably do with a sharp mind? Of the top reasons given in the survey for what honestly seems like a pretty poor decision, increasing productivity was the biggest, given by 38 percent of those who had gotten high at work.

The runner-up was “to help pass the time,” at 36 percent, and “to cope with the demands of the job,” at 28.7 percent. Also, almost 1 in 5 employees said they got high just to cope with their coworkers.

Granted, the reasoning doesn't always add up: 38 percent may have said they lit up in order to be more productive, but yet less than one in four (23.3 percent) said it actually makes them more productive. There's no word on how many of them were high while answering this survey.

What Does It All Say About Tech Culture?

Granted, this might not be a huge deal for tech specifically: Let's not forget that the number is 17% of tech workers, compared to 15.7% of the general workplace, which isn't a huge deviation from the norm. That said, the slightly above average marijuana enthusiasts might be the natural manifestation of tech and startup culture's laissez-faire attitude. Tech workers might chafe at any regulation, even when that regulation is in place for a perfectly good reason.

Marijuana is mainstream outside of the tech industry, of course: In 2017, 78 million Americans reported having tried it in the past, and the legal market for is projected to hit $150 billion globally, with the industry's job count set to pass up the manufacturing industry by 2020, with the tech and startup world eating a large portion of that growth.

The stress of a tech culture that praises workaholics could also be a big factor: The high-at-work respondents to the survey were twice as likely as non-high workers to note that they were “very stressed.”

In the end, marijuana use in the tech industry is likely eclipsed by another drug: Alcohol. Tech is the number one industry for workplace drinking, according to a recent study, and tech-centric coworking startup WeWork only instituted a four-drink-a-day limit last year following allegations of assault tied to drinking. Compared to those issues, employees who just stick to inappropriate marijuana use might not look so bad.