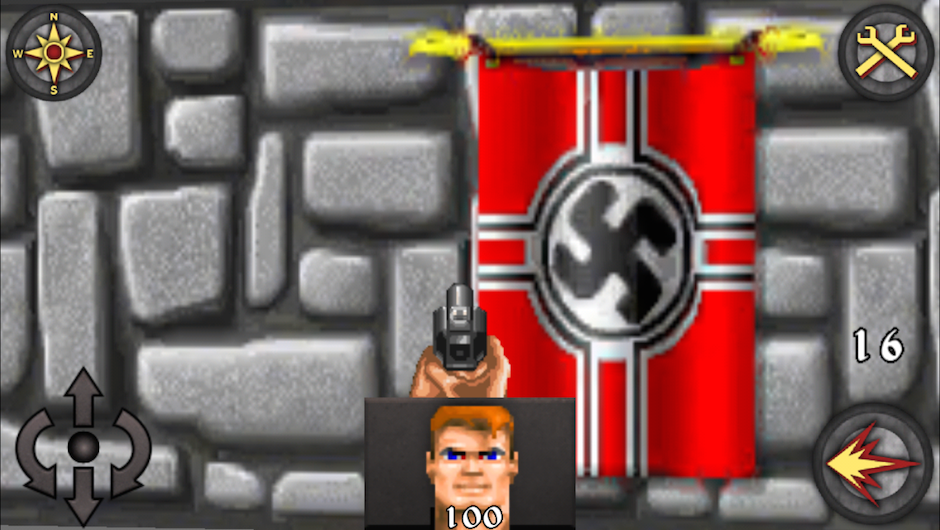 A day after Apple began the mass purge of applications depicting the Confederate flag, the Nazi Swastika is still standing prominently in some games. The choice to ban a symbol of slavery from historical games, but not of mass genocide, reveals how tech companies struggle to apply hate speech guidelines — often with strange inconsistency. At the moment, Apple allows me kill Nazis but not Confederate generals.

“We are writing to notify you that your app has been removed from the App Store because it includes images of the Confederate flag used in offensive and mean-spirited ways,” wrote Apple to the director of these Civil War Games, Andrew Mulholland, according to gaming blog Kotaku (I could not find the game in the app store as of this writing).

Maxim Zasov of Game Labs, a developer of the Civil War Game Ultimate General: Gettysburg, explained in a statement why he would not remove the flag to comply with Apple’s new rules.

Therefore we are not going to amend the game’s content and Ultimate General: Gettysburg will no longer be available on AppStore. We really hope that Apple’s decision will achieve the desired results. We can’t change history, but we can change the future.

Apple, like Facebook and Google, have a long history of restricting speech deemed offensive or hateful. Google famously removed a game simulating the bombing of Gaza and Apple removes “gay cure” apps. In trying to restrict pictures of bare nipples, Facebook has struggled with breastfeeding photos, initially banning them and then later relaxing the policy after criticism.

Tech companies manage an unwieldy volume of user-generated content. The relatively small staff of even very profitable tech companies are vastly outnumbered. Applying algorithms or blanked rules is an efficient way of dealing with problems, but seem to err on the side of censorship over removing hate speech.

I have reached out to Apple and have not yet received a response to clarify their position on the confederate flag vs. other symbols associated with hate groups.